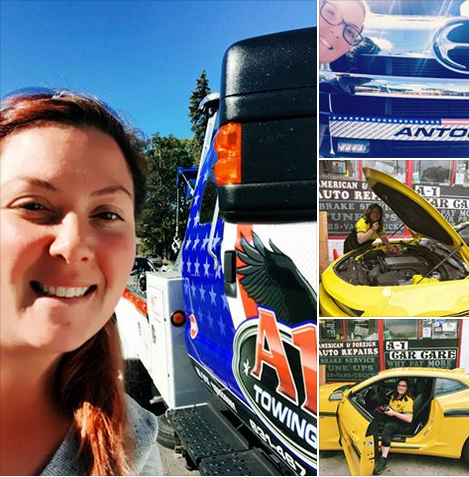 I always see these articles saying there is a shortage of construction trade workers, but everywhere I go I see hundreds of them unemployed. There is definitely no shortage of these workers, there’s just a shortage of people willing to work for sub-par poverty wages. That’s why these Mike Rowe types want to flood the labor market. Don’t believe any of that shit if you read it.

You appear to be a man of certainty. You favor words like “always,” “definitely,” and “everywhere.” That’s fine by me. I’m curious though – have you actually been “everywhere?” Or do you only frequent places populated with unemployed construction workers who refuse to work because the pay is too low? Also, if you don’t mind me asking, what possible reason do you think I might have for wanting to “flood the labor market?”

It’s true – I often post about opportunities in the skilled trades, but unlike your claims, mine are easy to verify. According to the BLS, 6.3 million jobs are currently available – the vast majority of which do NOT require a four-year degree. Many of those jobs exist in construction. I’m not making this up, Chad. It’s right there in black and white. So too, is the amount of college debt currently on the books – 1.5 trillion dollars. A rather tidy sum, considering half of those who borrow money for tuition don’t even graduate.

Obviously, I’m aware that some people refuse to work because they believe the pay is too low. People like that exist in every industry, and the construction trades are no different. But that doesn’t mean that low wages are the reason 6.3 million jobs are currently vacant. The fact is, starting salaries in the skilled trades rival or exceed those of many more popular careers. Check out this video. https://www.facebook.com/TheRealMikeRowe/videos/1266293870047420/

Are companies responsible for attracting and training the workers they rely upon? Absolutely. I’ve never argued otherwise. Nor have I suggested that “free college” or “free training” is the answer. (Until professors and instructors waive their salaries, someone will always pay for education.) I’m simply saying that work force development in the skilled trades has become a MAJOR challenge, thanks to a litany of inaccurate perceptions. These stigmas and stereotypes are widely-held, deeply rooted, and perpetuated every day by misinformed individuals such as yourself. You’re like the blind man, Chad, who touches the tusk of an elephant and then goes around telling the world that all elephants are made of solid ivory. Its people like you – along with millions of well-intended parents and guidance counsellors – who keep these myths and misperceptions alive.

Clearly, you and I disagree. Yes – my personal experiences have informed my opinion, just as yours have. But unlike you, I’ve touched the whole elephant. I’ve been to every state multiple times, spoken directly to hundreds of employers, and put my money where my mouth is. And my conclusion is this – while the work is often demanding, and the conditions sometimes inhospitable, the opportunities in the skilled trades have never been better. I know hundreds of people who began by mastering a trade, and went on to prosper. I can name them, Chad. In fact, that’s exactly what I’ve been doing for the last ten years. My foundation has assisted over a thousand people with work ethic scholarships. Those people are my proof, and I’m proud to share their stories here. Simply scroll down and you can read another one.

PS. We’re accepting applications for another round of work ethic scholarships. While this particular pile of free money is probably not for you, I’m happy to say that others are have benefitted greatly from applying. All are welcome to do so here. Deadline is Monday, June 4th. mikeroweWORKS.org/scholarship