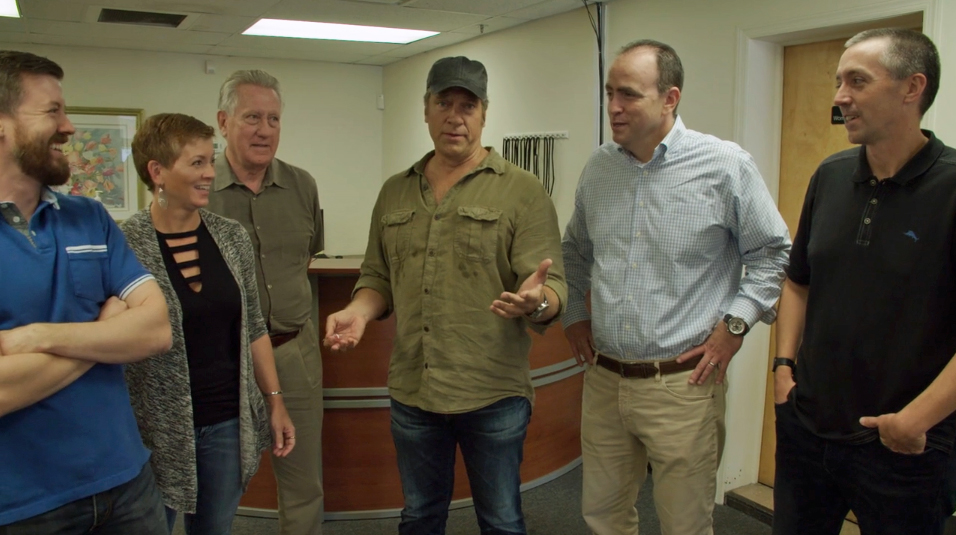 Robert Service wrote that line in a poem called The Cremation of Sam McGee, which I was forced to memorize and then recite in front of a giant campfire forty years ago. I don’t know if the Boy Scouts still compel their members to memorize and recite long passages of narrative poetry, but my former Scoutmaster – a retired Colonel in the US Army – was insistent upon it, and I for one am better for it.

Anyway, I made a promise last year to a guy named Greg Shea that I’m going to make good on today, and I could use your help. Here’s the short version.

Greg Shea and his family own and operate The Pen Company of America in Garwood New Jersey. They’ve been at it for four generations, and to my knowledge, they are the only family-run pen company that manufacturers pens and markers exclusively in the United States. (Not “assembled” in the USA, or “sourced from materials in North America,” or some other clever turn of phrase that allows devious marketers to make erroneous claims, but actually made entirely in the USA.)

Anyway, Greg loves The Way I Heard It, and called me directly to see what it would cost to sponsor a few episodes. When I told him, I detected a faint, whimpering sound on the other end of the line, and concluded that The Pen Company of America didn’t have the kind of marketing budget consistent with a national sponsorship program. I was correct. What Greg did have however, was an amazing story, a great sense of humor, and a really terrific product.

Long story short, Greg sent me a boxful of markers specifically designed for tradespeople. He called them “RevMark Markers.” These are very tough, very rugged markers that are virtually indestructible. They also have an innovative cap that allows the user to assume what Greg called, “the reverse position,” a strange claim made me laugh out loud. Other attributes included “a hard tip” and “a ridged shaft,” both of which Greg said guaranteed “longer lasting performance.” Greg also put the mikeroweWORKS logo onto the side, and invited me to keep them as a modest gift from a modest company that supports the goals of my modest foundation.

So – later that day, just for grins – I posted a video on this page, demonstrating the RevMark Marker in action. In the course of doing so, I may have suggested that anyone seeking “longer lasting performance” might wish to ponder the benefits of a “harder tip.” I may have also suggested the advantages of at least trying the “reverse position,” and directing all those so inclined to visit RevMarkUSA.com

Honestly, I thought it would be a nice way to express my appreciation to the Shea family, and publicly congratulate them for keeping their business in the United States. I did not think I would crash the website, or shut their online business down for the next 48 hours – which apparently, I did.

To make amends, I told Greg if my crew and I were ever in New Jersey, we’d stop by and say hello. I also said – if they were interested in making some more of those RevMark Markers with my name on the side – I’d be willing to speak publicly on the importance of “longer lasting performance.”

I wasn’t exactly joking, but I wasn’t exactly serious either. Greg Shea however, is a very literal maker of pens and markers. He took me up on my suggestion, and created an entire line of mikeroweWORKS products, including a new batch of RevMark Markers, which now bear my name.

And so, a few months ago, I went to Garwood New Jersey to learn more than I ever thought I wanted to know about the business of making pens and markers in the USA.

I met the Shea family in person – Greg, Matt, Coleen, and Hap. I laughed for about 8 hours straight. I got an exhaustive tour of their facilities, and created the marketing materials as promised. Today, I’m making good on my promise to post them, and invite the world to experience the many advantages of a harder tip and longer lasting performance. You may see it for yourself at RevMarkUSA.com.

Greg assures me the site will not crash. He may or may not be correct. In turn, I can assure you, that this company, this family, and these products, are the real deal. So – if you’re the kind of a person who still uses pens and markers in the course of your daily life, and you feel inclined to try something new, try RevMark. Experience the reverse position. And congratulate yourself for supporting four generations of Shea’s, and a company that’s refused to take their company overseas.