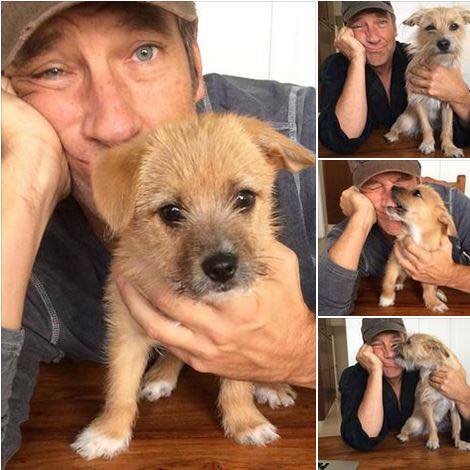 Well, it’s National Puppy Day, and even though that ship has sailed, I can’t help but look back upon my misspent youth and recall those first three months on the streets of Bakersfield. The “salad days,” if you will, when the only Bipeds I knew were the ones chasing me around town with nets, eager to incarcerate me for the crime of being an orphan.

Funny isn’t it? How often “handsome” coincides “stupid?” Ladies? Can I get an Amen? I was cute in those days, no doubt about it, but too stupid to know what was good for me.

My “freedom,” precious as I thought it to be, was pretty weak tea, in hindsight. The freedom to do what, exactly? Root around in dumpsters for my next meal? Sleep under the overpass? Accumulate as many ticks as possible?

I was devastated when they finally caught up with me, taking my leisure in the parking lot of a 7-11, and more than a little concerned at my sudden loss of liberty when the steel cage slammed shut behind me at the Bakersfield Penitentiary. And of course, I was too stupid to be relieved when I was transported to points North two days later, barely missing the terrible arithmetic of a three-day kill rule. Ah well, youth is wasted on the young, as they say, and now, I must admit the view in my rearview mirror is a lot less appealing than it once was.

In other words, I may have lost my boyish good looks, but all things considered – I’ve got nothing to bitch about. The Biped has proven himself a worthwhile companion – when he’s around – and life in my fourth year is nothing short of a rich pageant. Hope you all can say the same.