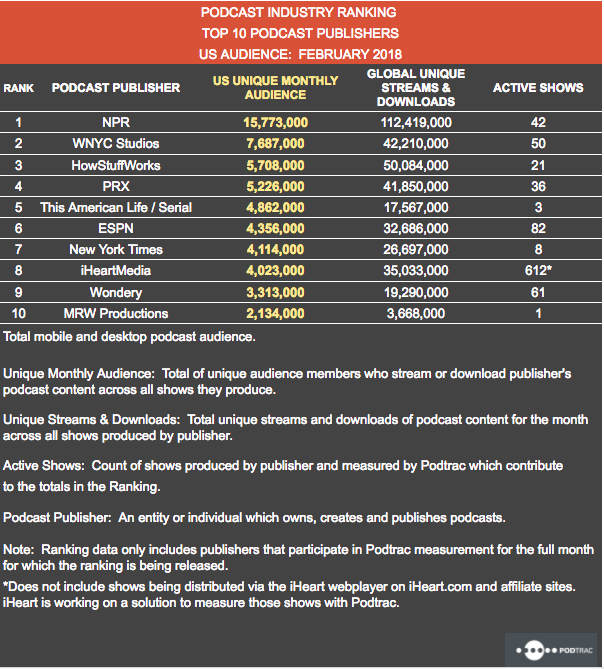 Have you ever noticed that when people say “I hate to brag,” it’s almost always because they’re about to brag?

Our little podcast is ON FIRE!! And it’s all because of you!!!

As you can plainly see, MRW Productions – the Podcast Publisher responsible for producing The Way I Heard It – is now among the Top Ten Podcast Producers in the country!

This fact is both indisputable and extraordinary, and worthy of at least two more exclamation points!! Why? Because this particular Top Ten List includes giant media conglomerates and iconic communication companies that produce hundreds of hours of content every day with resources best described as “unlimited.”

MRW Productions on the other hand, consists of a guy named Chuck who understands Garage Band and a laptop computer that sounds like a leaf blower right before it runs out of gas. (Congratulations, Chuck. I’ve spoken with management, and we’re committed to keeping you on for another month. Or at least until your computer blows up.) Either way, let’s look a little closer at the numbers, shall we?

Clearly, the number one Publisher of Podcasts in the country is NPR. With 42 active shows and 15,700,000 unique listeners, NPR podcasts were downloaded a total of 112,419,000 times in February. Chuck and MRW Productions on the other hand – in the same time period – published just one title – The Way I Heard It – a five-minute weekly rumination from yours truly reached 2,134,000 unique listeners, and was downloaded 3,600,000 times. That’s why NPR is #1, and Chuck is #10. 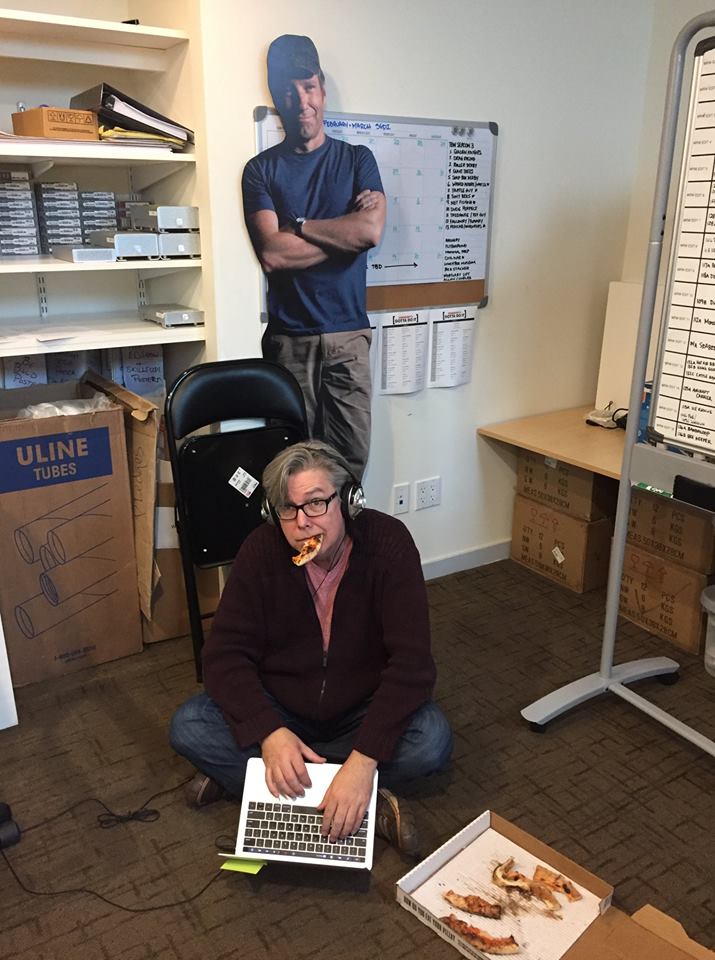 What this chart DOESN’T show you, is the average number of unique listeners PER SHOW. Nor does the chart indicate the average number of monthly downloads per show. That’s too bad. Because if we look at what Podcast Publisher maintains The Highest Average Audience of Unique Listeners in America,” AND, “The Highest Number of Average Monthly Downloads in these United States, Chuck wins!!!

Seems the least I can do is buy him a pizza.

Anyway…that’s the way I heard it.
I’ll post a link to the new episode later tonight.
In the meantime, thanks again for all your incredible support.