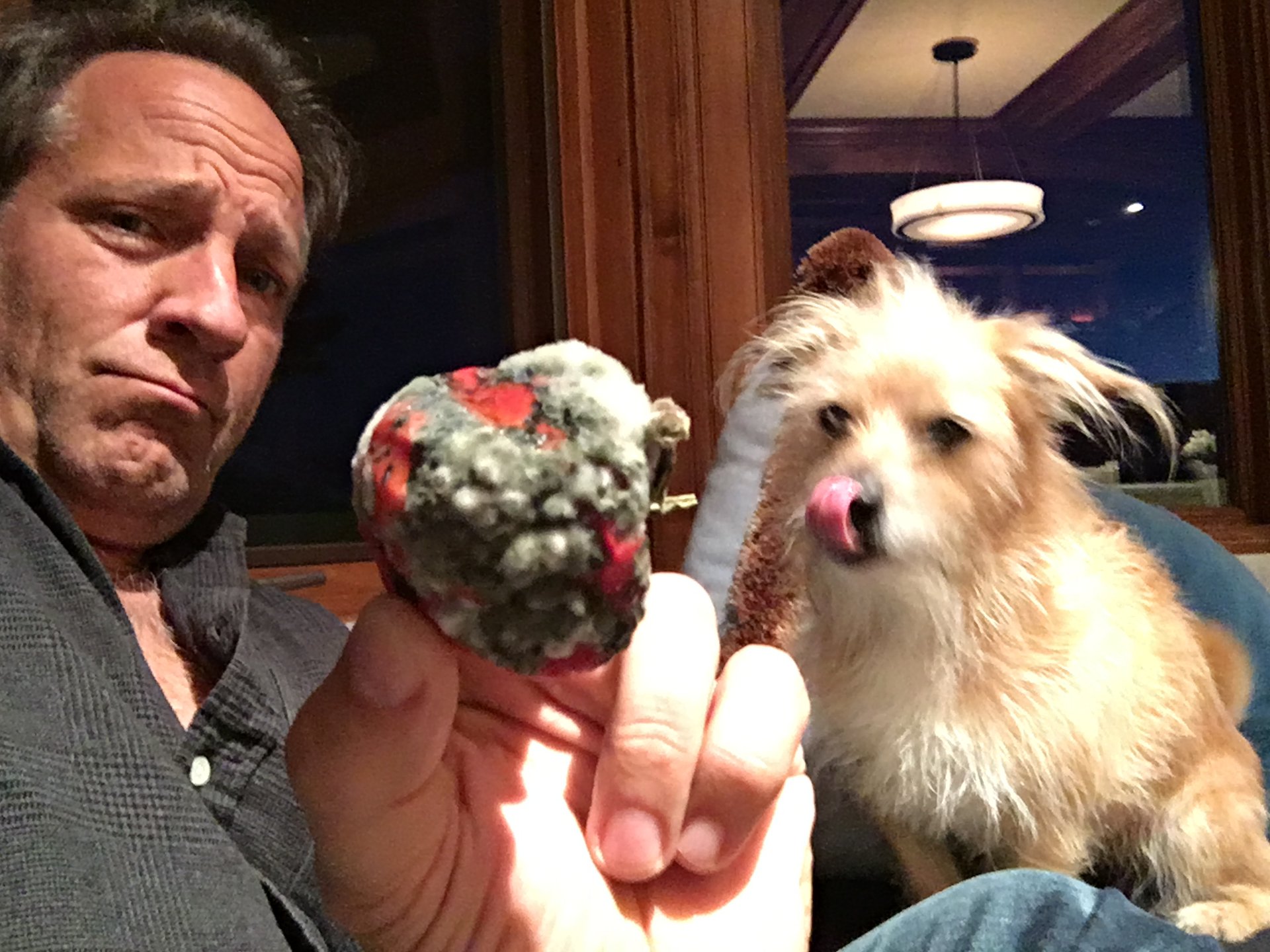 Enough already. It’s been a month since we’ve heard from you. Where are you, how are you, and why has the cat seemingly taketh thy tongue?

All thou hast to do was asketh.

In the order of your queries, I’m fine, on the settee, and still very much in possession of my tongue. The cat has neither taken it nor expressed any interest in experiencing its many splendors, which is just as well. I’m particular about where I put my tongue, and not inclined to loan it out, especially to my nemesis.

As for my absence here, that has once again coincided with The Biped’s mysterious walkabouts, which have become increasingly protracted affairs with no apparent rhyme or reason. He did however, to my wondering eyes, return earlier than expected this afternoon and took me on a long-overdue constitutional around the less frequented parts of his zip code.

Which is where I found this.

I wish I could tell you more, Thelma, but I don’t know what this thing is. I believe it’s a root of some sort, left out in the rain – not unlike that unfortunate cake in MacArthur Park, made famous by the incredibly weird performance by Richard Harris which the Biped insists on singing along with when he’s home and drinking alone. http://bit.ly/1mqambI

Anyway, this tuber, or whatever it has, has grown the most beguiling coat of fur I’ve ever come across – not unlike the mangy coat on the aforementioned feline. The smell of the thing is positively irresistible, and the crimson stripes add a whole other level of mysteriousness.

The Biped, oddly, seems less than impressed, but I’m confident he’ll discard it in a fashion that allows further exploration shortly after his inevitable collapse. I’ll let you know how it goes. Till then, Thelma.