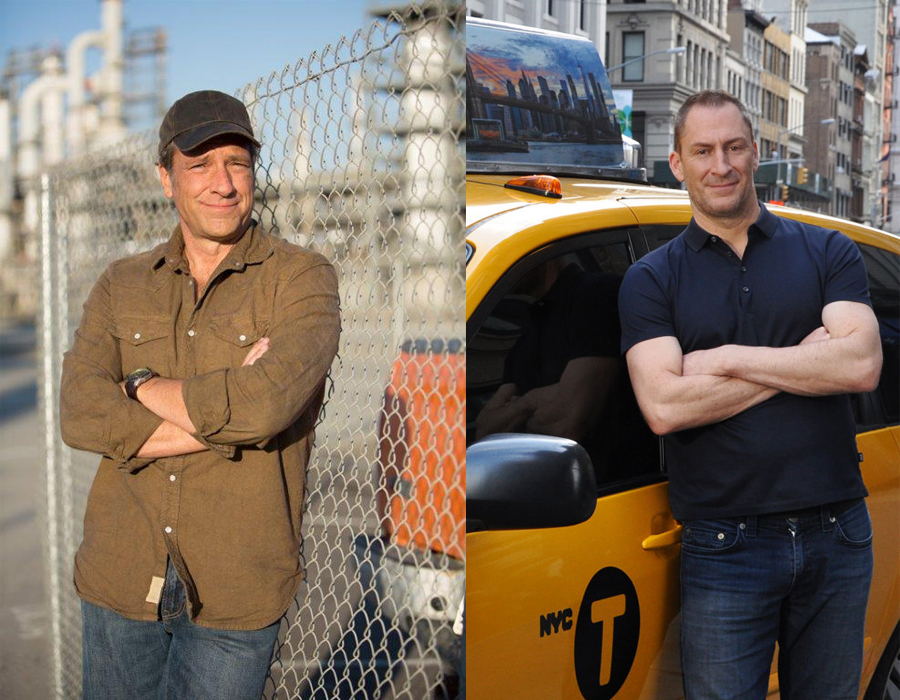 The Discovery Channel is bringing back Cash Cab – good news for my old pal Ben Bailey, who according to the New York Post, has been dealing with a strange phenomena I understand all too well…

“Bailey spent the five-year gap between the show’s return performing stand-up in comedy clubs, theaters, and colleges — but jokes that he’s also frequently mistaken for “Dirty Jobs” host Mike Rowe. “It happens quite often,” he says. “I go right along with it and I say really offensive things to them. And I say, ‘That’s a message from me, Mike Rowe, to you.’”

I know for a fact that Ben is not exaggerating. Couple months ago, I ran into my old boss at Discovery, and we had a very productive conversation.

“Things just haven’t been the same without you,” he confided. “I’d love to get your old show back into production.”

“That sounds great,” I said. “I’m still very proud of that show, and people tell me everyday they’d love to see it back on the air.”

My old boss smiled and said, “Well then, let’s make it happen. We’ll be in touch.”