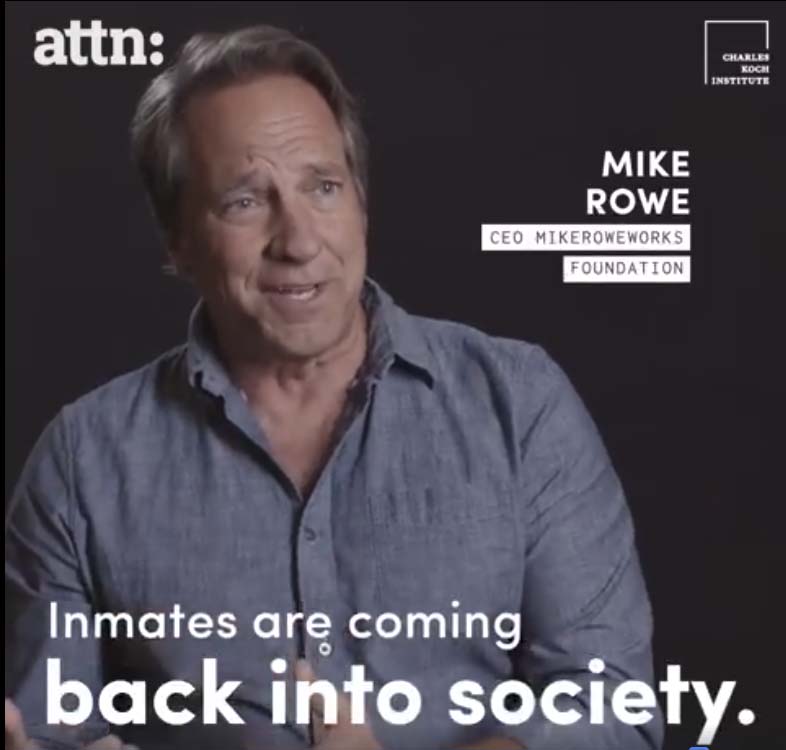 Mike Rowe. Saw you in a video about hiring convicts. When did you become a bleeding-heart? Why the hell would you give a job to a criminal instead of a qualified tradesman who never broke the law? I just don’t get it. Jared Jones

Hi Jared. Watch the video again. It’s not that complicated. Or, if you prefer the written word, I’ll spell it out for you here – I don’t want to live next to unskilled ex-convicts who don’t want to contribute to polite society.

This is basic. Unless we collectively decide to keep every lawbreaker locked up forever, you and I are going to be living with ex-convicts. That’s just a fact. So too, are the horrific levels of recidivism that currently define our broken system. Knowing full well that most offenders we release will go on to re-offend, (and preferring not to be the victim of a future crime,) I think it’s wise to do all we can to rehabilitate those criminals we decide to release. Don’t you?

As to your actual question, I’m afraid it’s not germane. No one hiring in the skilled trades is agonizing over “which” qualified candidate to choose. Currently, thousands of employers are struggling to find qualified workers to fix our cars and build our houses and keep our pipes connected. What possible harm can arise from teaching a useful skill to those inmates who wish to better themselves upon their release? Inmates who don’t care to be rehabilitated are another matter, and as far as I’m concerned, ideal candidates for a lifetime adventure on Convict Island. But what’s the point in “paying your debt to society,” if society never forgives the loan? And what’s the point in spending billions of dollars feeding and housing people without trying to rehabilitate them before letting them loose?

Bottom line – my reasons for wanting criminal justice reform are not rooted in altruism; they’re rooted in practicality and self-preservation. I don’t know what that makes me, but I’m pretty sure it’s not a bleeding heart…