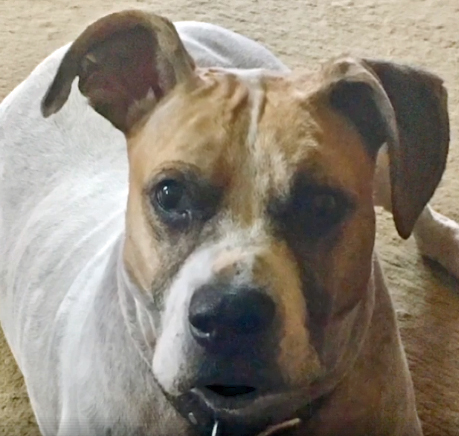 Earlier today, just after my constitutional and immediately prior to another uninspiring breakfast, I was taking my leisure in a patch of sunlight when the cacophony from the Biped’s laptop became absolutely intolerable. With every new piece of digital mail, an infernal chirping sound erupted from the tiny speakers, interrupting my fitful slumber like the overly caffeinated blue jays that now torture me on a daily basis. The Biped, distracted with his morning absolutions and blessed with subpar hearing, seemed nonplussed by the infernal noise, but I could no more ignore it, than I could ignore a ringing doorbell. And so I approached the device, intent on correcting the problem, when the following video appeared on the screen, apropos of nothing.

Meet Fly. He’s a Vema hound, whatever that is, and get this – the son-of-a-bitch can talk!

I’ll leave it to you to imagine my shock at being addressed in such a direct and unsolicited fashion. Suffice it to say, I thought I had evacuated everything on my morning walk, but apparently, that was not the case, as “Fly” here succeeded in scaring the remaining pee from my bladder with his unexpected proposition, and his completely non-traditional way of communication.

Obviously, I am stunned and disturbed and maybe a little jealous to meet an actual “talking dog.” But I’ll deliver the message anyway. Because the way you say it, Fly, makes it sounds important.