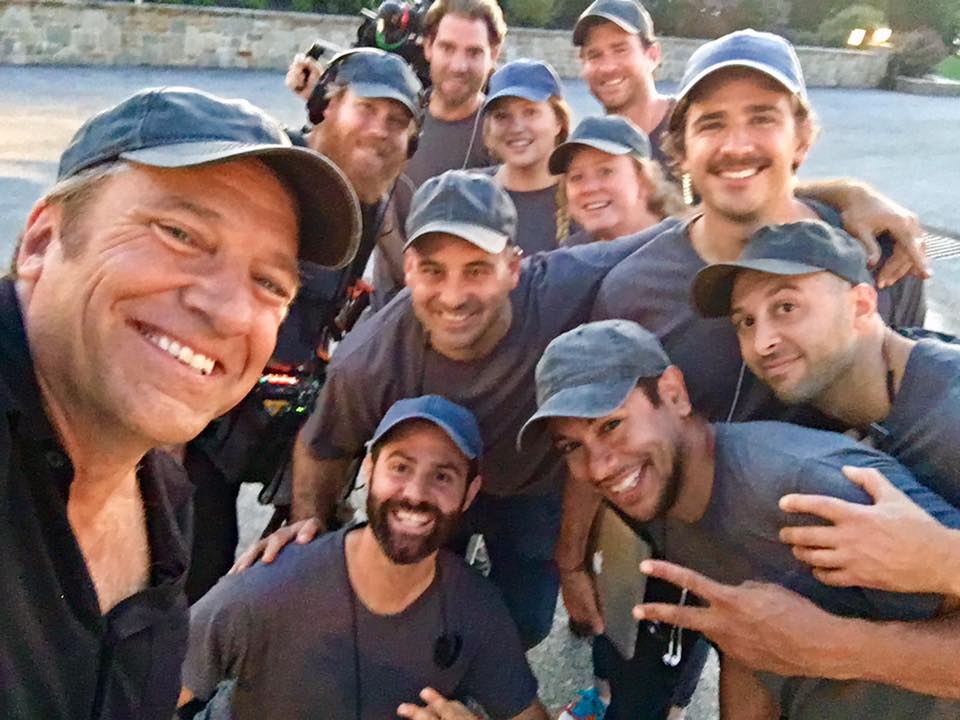 The real problem with selfies is not rooted in narcissism, but rather, in the undeniable fact that they always make my giant head look twice as giant as it already is. Troubling.

Regardless, I wish to thank the crew of Returning The Favor for their hard work on the first ten episodes of this remarkable little show. I’m not sure what the future holds, but if I wind up returning more favors in the future, I hope to be joined by everyone in this photo. Especially if they keep dressing and acting exactly like me.

Because that’s not weird.
Not at all.

If you haven’t seen the most recent episode, give it a look. It’s a good one.