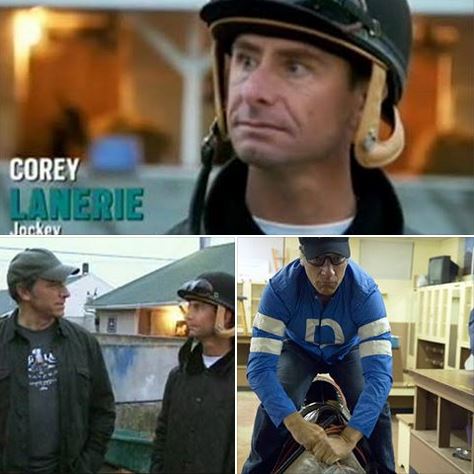 I don’t know a lot of jockeys, but the ones I’ve met are, pound for pound, the best athletes in the world, and without question, the most fearless. This guy’s no exception.

Six times a day, sometimes more, Corey Lanerie climbs on top of a thousand-pound locomotive and hangs on for dear life. Actually, he does a good deal more than that. He guides his locomotive at speeds approaching 40 mph through a mass of similar locomotives, guided by similar men, around an often muddy track where the only sure thing is the potential for calamity. This weekend, Corey came in second at The Kentucky Derby on a ride called Lookin at Lee. The odds of winning were 30-1, so I’d say second place was pretty great.

Watching Corey ride, I couldn’t help but think of his expression a few years ago as he watched me have a mild heart attack on a nameless wooden pony that he and the other jockeys use from to maintain peak conditioning. A Hobby Horse, if you will, on steroids. Honestly, two minutes on that thing damn near killed me. I don’t know how these guys it day after day, week after week, year 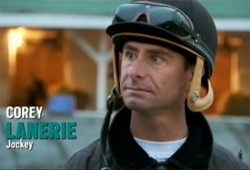 PS. Congrats to the winner as well, whoever that was.