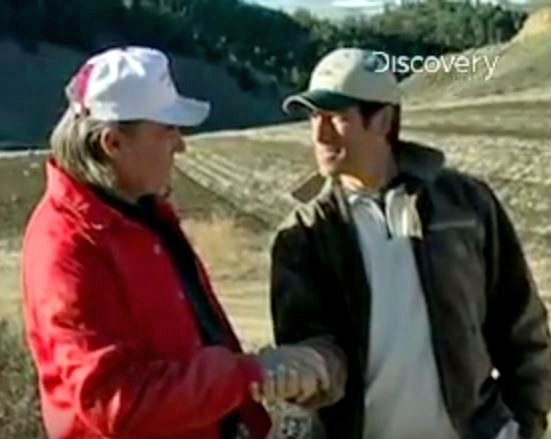 Verlin and I only spent one day together back in 2006, on his potato farm in Powderhorn, Colorado. But it felt a lot longer. In hindsight, most shoot days on Dirty Jobs felt longer than the time we actually spent shooting, and thanks to a few thousand re-runs, people I haven’t seen in years still feel like people I see all the time. Friends, in other words.

Aside from his name, which still ranks among the coolest I’ve ever encountered, Verlin Rockey had unforgettable hands. They were enormous. Like hammocks, really. You couldn’t shake them, per se, so you just sort of extended your own with an optimistic smile, in the hopes he wouldn’t crush them in his massive paw.

With those hands, Verlin planted countless potatoes over the years, and pulled from the earth many thousands of spuds, feeding God only knows how many people. But his legac 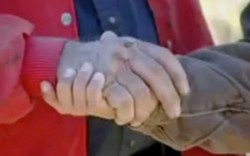 y exceeds home fries, fingerlings, au gratin, twice-baked, and scalloped. Verlin showed me my first purple potato, and said something I’d never before heard a farmer say. “Come on around the back of the house Mike, and I’ll show you where we do the cloning.”

Yeah – Verlin Rockey was cloning potatoes in a “lab” behind his home. Making new hybrids, new sizes, new colors, and many other breakthroughs beyond my pay grade. Like so many people on Dirty Jobs, Verlin Rockey embodied and a willingness to get dirty, with a burning curiosity about the world around him. His intelligence, in other words, was no less formidable than his relentless work ethic, 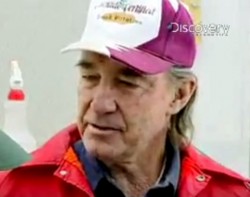 and his generosity with me and my crew was, and still is, very much appreciated.

Verlin’s family has requested that donations be sent to The mikeroweWORKS Foundation. I’m very humbled, and most appreciative. If you’re so inclined, you may do so here.

Either way, next time you get fries with that, think of my friend Verlin, and all the others who keep us fat and happy.