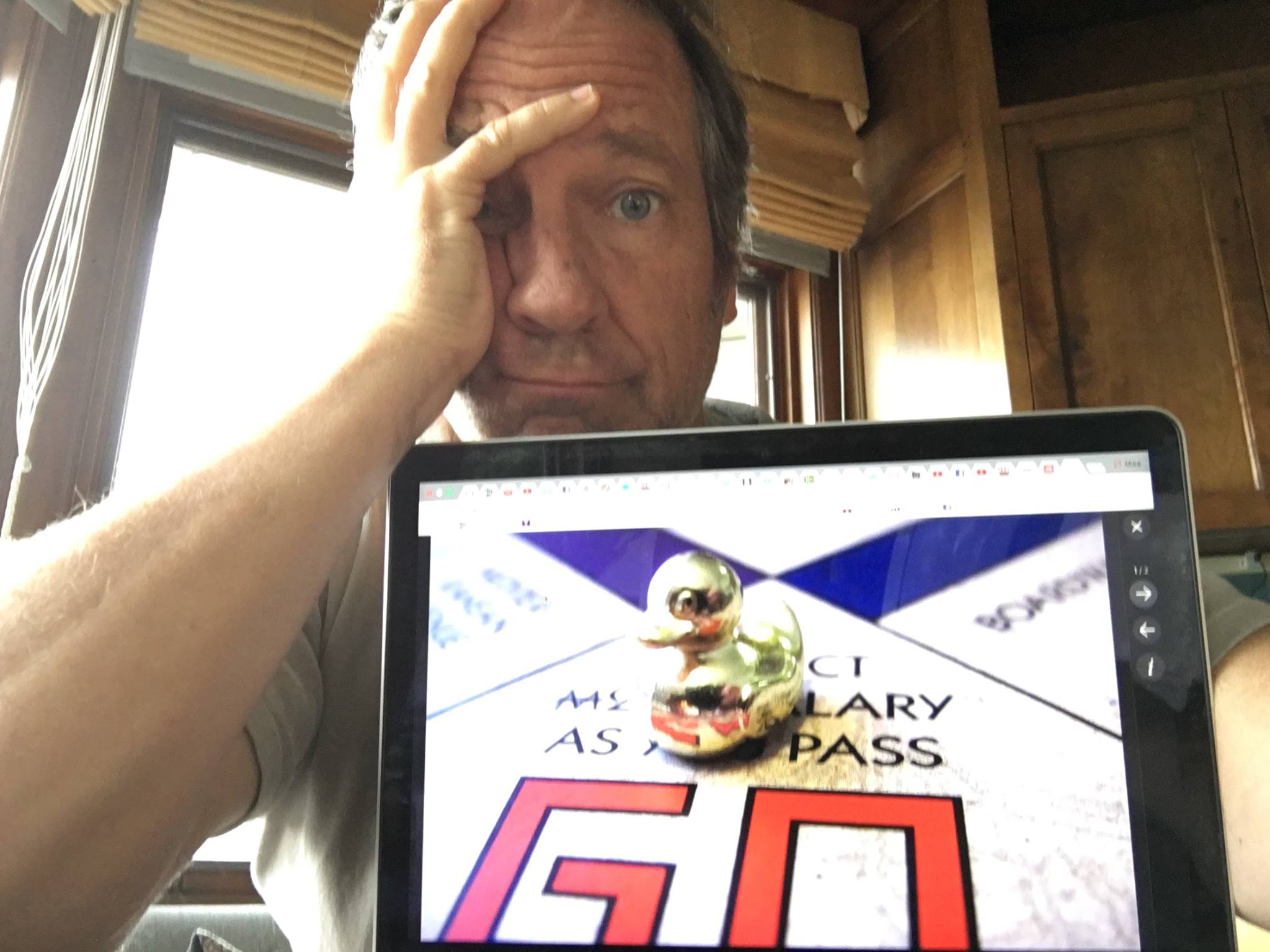 Hey Mike – Are you shocked and outraged by the sudden disappearance of the work boot, the thimble, and the wheelbarrow from Monopoly? I sure as hell am.

These days, I try to limit my outrage to onerous parking tickets, ($120! For blocking my own driveway?!) and programs I DVR that run beyond their allotted time. (Come on AMC, you can do better.) But I must confess, I was deeply dismayed to read about the sudden banishment of honest work from the Monopoly board. And I was doubly dismayed by their duly elected replacements – a rubber ducky, a penguin, and a dinosaur. That’s right – we didn’t just eliminate three iconic tokens of work – we supplanted them with a baby’s toy, an over-dressed bird, and a dead lizard.

It began in 2013, when the noble iron was replaced by a cat. (A cat! See? This is what happens when people are allowed to vote on the Internet!) In the wake of this travesty, I wrote that the iron was “a truly transformative invention that allowed men and women of all classes to walk around without looking like a piece of used Kleenex.” I also said, with all due respect to felines, that it was “an ironic decision, given the fact that cats view humans with the same contempt that humans view housework.” Anyway, the Iron/Cat debacle was four years ago, but clearly, a mere harbinger of things to come. Because this week, we have lost three more symbols that helped make America great, and their loss is no small thing.

To be clear, I’m fine if Hasbro wants to swap out their classic tokens for rainbows and emoji’s and golden hashtags or whatever else suits them – it’s their sandbox, and every business should be free to roll out the next can of New Coke. (Now there’s a token!) But this recent change is not a reflection of what the company wants – this is a reflection of what real people actually voted for. And the people have spoken. The wheelbarrow is out. The rubber ducky is in. And the real question, John, is why are you shocked? Why is anyone?

As of today, we have 5.5 million jobs that companies can’t seem to fill. Why? Because many of those opportunities look like work. Many require the willingness to push a wheelbarrow, or don some steel-toed footwear. I don’t know about the thimble, per se, but I do believe that if society valued the people who make our clothes, the humble thimble would still be passing Go, and still collecting $200. Likewise the wheelbarrow, the iron, and the work boot. But alas – these tokens no longer represent the kind of opportunities that people desire.

Again – I hate to sound like a scold. Like most Americans, I don’t always iron my own clothes, sew my own buttons, or build and haul my own stuff. I couldn’t build a house if my life depended on it. But it’s madness to ignore the people who do, or the tools that allow them to make civilized life possible for the rest of us. Seriously – if Monopoly had debuted with a welding torch or a plunger, do you suppose those tokens would still be there today? Hell, no! They would have been voted off the island long ago, replaced no doubt by a snowflake and a participation trophy.

Of course, I could be reaching a bit. Sometimes, a thimble is just a thimble. I can’t prove the banishment of the wheelbarrow is linked to the shortage of construction workers, anymore than I can prove the sudden popularity of the rubber ducky has anything to do with the advent of safe spaces on college campuses. It’s just a theory. But if you want me to say something I can prove conclusively, how about this: mikeroweWORKS is offering another batch of work ethic scholarships, starting today.

Every year, my foundation helps people get the training they need to pursue jobs that still require tools like wheelbarrows, plungers, steel-toed boots, jack-hammers, back-hoes, band saws, drill presses, and all sorts of other implements no longer suitable for a board game that – again with the irony – relies upon the construction of houses and hotels! This year, we’ve got about $500,000 up for grabs. So – whether you live on Boardwalk or Baltic – if you’d like learn a skill that’s actually in demand, then please consider yourself officially invited to apply for a work-ethic scholarship today. mikeroweWORKS.org/scholarship

In the meantime, remember – there is no such thing as “Free Parking,” and getting out jail is never “free,” (even if you have the magic card.) As for Community Chest, that’s just an old trunk full of bad news…