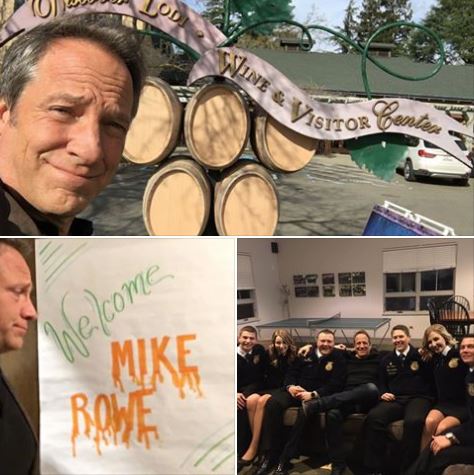 Happily, I’m not stuck. In fact, I came here on purpose, to address and attend a fundraiser for the local Future Farmers of America. What a great event. Nice people, great cause, and a bunch of young men and women who prove that having children is maybe still a good idea.

At some point, after the speech and during the auction, I wondered if anyone might bid on the chance to sit down and have a few beers with me. So I offered the opportunity to do that very thing, and I was flattered and appalled by the generosity of the winning bid. I am now determined to be as interesting as possible when the time comes to make good.

Anyway, as I lie here about to pass out, I saw a post on The Wall that made me laugh out loud. Maybe it won’t be as funny tomorrow, but it’s funny now. And that’s gotta count for something. Here it is. Perhaps somebody can tell me what it means.

“Hey Mike, I don’t normally dream about B-list celebrities (Ha!) (any celebrities at all, actually) but I dreamt that I was walking down a road at night, and you pulled into a driveway right next to me in a Dodge Challenger. You got three little kids out of the car and we started talking. For some reason you invited me into the house and showed me your freezer and all the meat in it. Then you had to take off because you were either working for the mob or having a dispute with them; I think it was the latter. On a completely unrelated note, I ate leftovers before bed last night. Cheers.”

There are just so many things to like about this comment. The Challenger, the three kids, the meat-filled freezer, the mob, and of course, the leftovers. It’s rich and dense and very strange.

Having said all that, goodnight, from Lodi, where I’m not stuck.
And support your local farmer.