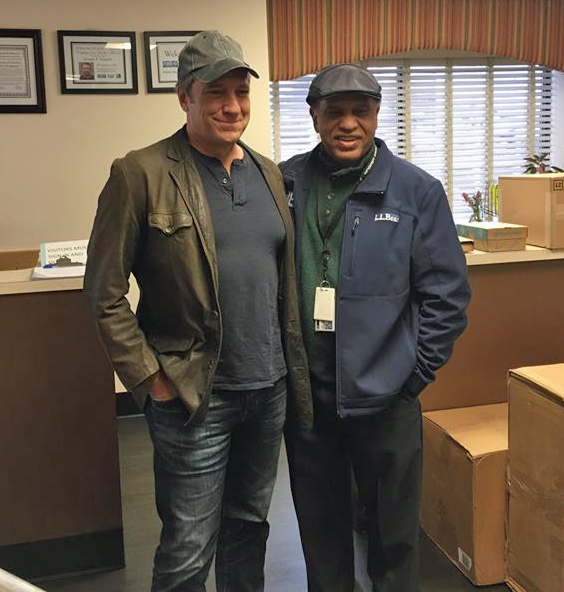 Back in 1984, after graduating college with a degree in communications, I scoured the want ads to see if perhaps anyone was hiring professional “communicators.” Finding no available positions, and in dire need of something akin to an actual job, I began listening to professional narrators and voiceover artists, and started asking myself questions like, “Who are these people?” and “Why shouldn’t I be one of them?”

After a quick meeting with several local agents who declined to represent me, I learned that no one who wished to get paid for talking out loud has any hope of doing so without a proper “demo reel.” Specifically, I needed a cassette tape that featured examples of my previous narration and voiceover work. This posed a challenge, given my complete lack of previous work. So I called the local CBS affiliate and asked if someone might be willing to help me make a demo tape. They said no. Then I called ABC and NBC – both of whom found new and creative ways to hang up without saying yes. But at the local FOX affiliate – WBFF – I found a guy who was not only encouraging, but downright kind.

His name was Dwight Weems. He invited me to the station. He gave me copy to read from local commercials. He recorded me, and then helped me edit together my first demo reel. I sent that tape directly to a few local companies and told them with as much charm as I could muster that they would be fools if they didn’t hire me to be the voice in their commercials. Several, to my enduring surprise, agreed, and before long, I was making money doing voiceovers.

Today, I went back to WBFF to do an interview on a local show for mikeroweWORKS, and to promote a fundraiser here in Baltimore for Project Jumpstart. There, to my surprise, was Dwight Weems, still making the donuts. I hadn’t seen the guy in 32 years, but he remembered me, and asked if that demo tape he helped me assemble way back when was useful. I told him it’s entirely possible my entire career would have never happened without it. He laughed, because he thought I was joking. I wasn’t.

The most important rungs on whatever ladder you climb are at the bottom. Many thanks to Dwight Weems, for helping me get my foot on the first one. Beyond the schooling, the training, and whatever natural ability you might possess, there’s simply no substitute for a random act of kindness.

PS. This is a terrible photo. In real life, Dwight and I are skinner and better looking.