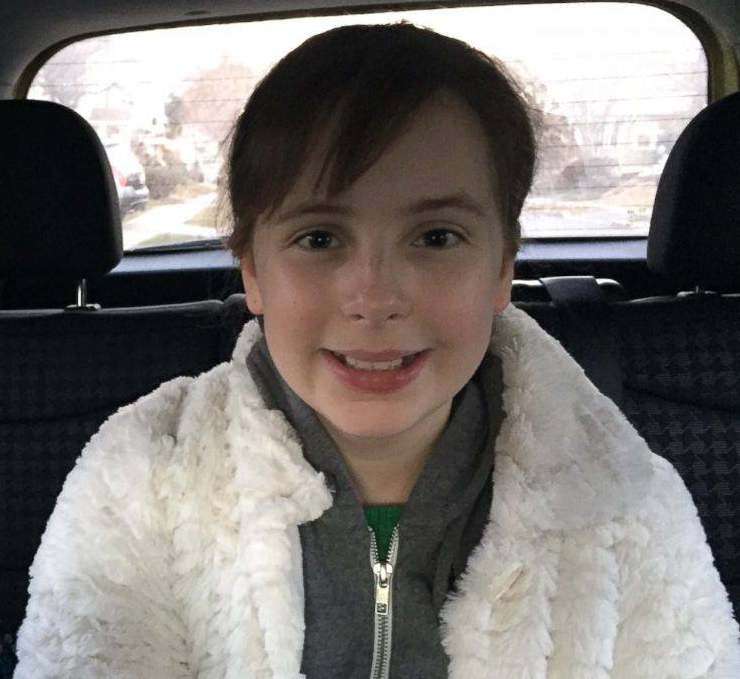 Hey Mike – Where you been? We worry you know, when you fall off the grid. What’s the latest with those Girl Scout Cookies? I just saw something about it on my local news. More than 10,000 sold? How do you explain that? Must be weird, posting a video from your kitchen table, and watching it go around the world.

I have indeed, been derelict in my Facebook duties. According to The National Review, I’ve been in Palm Springs, offering hope to a divided nation with Deion Sanders. I’m flattered, but not entirely sure the nation is listening. Read all about it here.

As for Charlotte McCourt and The Great Girl Scout Cookie Caper, I can only say yes – it’s a very strange thing to reach more people from my kitchen table I do on television. Strange and humbling. But I suspect it’s been a whole lot stranger for young Charlotte.

As of today, dozens of media outlets – from Bravo, to Today, to People, to HuffPo, have called to chat with the 11-year old who “tells it like it is.” Consequently,18,000 boxes have been ordered. That’s about $72,000 worth of cookies. Better still, nearly half of those boxes are headed overseas to men and women in The US Armed Forces.

Charlotte and I have both received notes from soldiers who talk about the outsized impact a box of cookies can have on their morale. “It’s not about the thin mints,” said one. “Or the Samoa or the Tagalog or even the ‘bland and tasteless Toffee-tastic.’ It’s about knowing someone back home is thinking of you. It matters, more than you know.”

As for why this thing blew up, I’m no expert Fran, but if I had to guess, I’d say people are feeling desperate for some good news.

On my television, as we speak, Fox and CNN are slugging it out to see who can depress me faster, and with more glee.

Facebook is a hot mess of hysteria and manufactured drama unlike anything I’ve ever seen.

And Twitter is proof-positive that Lord of the Flies could be recast today with adults, and brought to life140 characters at a time.

Into this melodramatic miasma, enters an 11-year old Girl Scout who just wants the troops overseas to know we’re thinking about them.

By sending them a box of cookies.
And telling the honest truth about what’s for sale.

Honestly, if you can’t feel good about that, you’re probably watching too much television.

PS. Charlotte’s webpage say she’s “reached her goal.” This is because her webpage is in shock. Trust me, they’re still taking orders…https://digitalcookie.girlscouts.org/scout/charlotte3699

PPS. Also – I took one small liberty when I read her original letter; I changed the name of the “rich friend” to whom it was addressed. I’ve since heard that this was entirely unnecessary. “Mr. Michaelson” is in reality, Mr. Mendelson, a successful venture capitalist in Colorado. He’s proud to have been the recipient of Charlotte’s letter, and anyone in their right mind would be.

PPPS. Mr. Mendelson. If I were you, I might purchase another hundred boxes, post haste. You know, just to stay ahead of this thing…