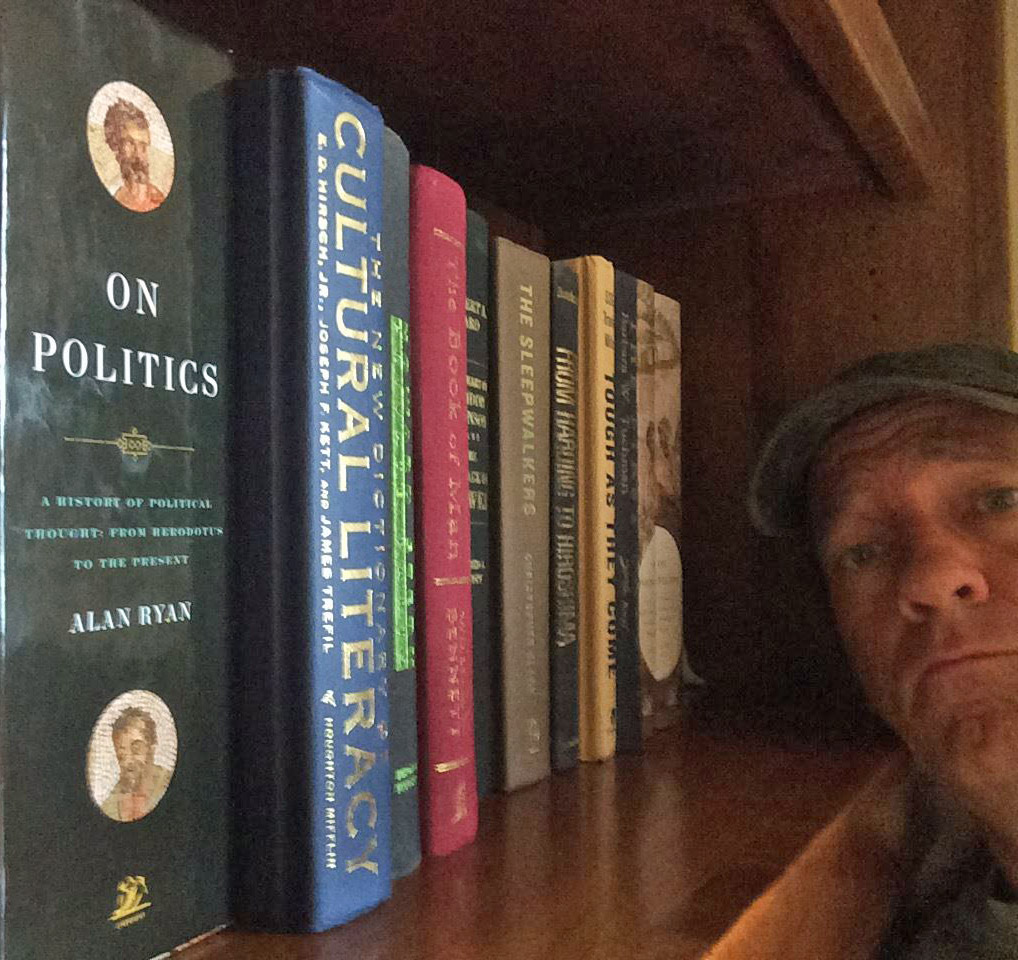 So there’s a website out there called seriouslyguys.com. One of their writers – a rather indignant scribe called Rick Snee – has taken umbrage with my recent comments on our right to vote, and expressed his disappointment over my apparent descent into cultural elitism. TAKE IT FROM SNEE: SOMEBODY’S GOTTA DO IT (BUT NOT YOU)

Unfortunately, Rick has not only misinterpreted my position, he’s used it to advance his own belief that any American with a pulse should cast a ballot in the coming election. Because the issue is important, I thought perhaps I’d take a moment to address a few of his concerns. Let’s begin with his overarching premise:

Rick Snee: “Even if you don’t think you know enough, VOTE! And don’t let anyone, especially Mike Rowe, tell you that it’s better if you don’t!”

Hi there, Rick Snee. Mike Rowe here. Nice to meet you.
For starters, I’d like to assure your readers that I’ve never told anyone they shouldn’t vote. I simply explained why I don’t publicly encourage people I’ve never met to cast a ballot.

Obviously, every eligible citizen who wishes to cast a vote should be welcomed at the polls. However, recognizing this right and acknowledging its importance is very different than publicly encouraging everyone to exercise it. Along with millions of responsible Americans, our electorate now includes a healthy mix of citizens with no understanding of how our government works, and no desire to learn. Yes – they too, have every right to vote. But no – I’m not encouraging them to do so. Just as I am not encouraging people who haven’t taken a gun safety course to run out and buy an AR-15. It’s just not responsible.

Rick Snee: So, who is “Mike Rowe-certified” to vote, since it’s apparently as dangerous as people arming themselves to the gills? People who “read more.”

It’s true – I am guilty of encouraging people to read books. But I didn’t just say “read more.” I mentioned very specific authors who impacted me, and very specific books that helped me form a worldview I could articulate and defend. “The Road to Serfdom” and “Economics in One Lesson” both helped me become a more informed voter. So I recommend them to everyone. Likewise, there are many books I do not recommend.

Rick Snee: “I’m suddenly curious to see Mike’s bookshelf. Because it would be funny if even Mike didn’t meet his own literacy standard for being encourage-able to vote.”

Yes, Rick. That would indeed be hysterical. Here’s a look at a few of my shelves at home. Try not to pee yourself with mirth. And don’t be confused – I’m not suggesting that reading is the only way to get educated. If you’d rather watch documentaries or listen to lectures on You Tube, that’s fine by me. The important thing is to form a worldview you can articulate and defend. That seems a sensible thing to do, before exercising a right that impacts everyone.
Rick Snee: “Fortunately, for possibly Mike and millions of voters who haven’t carved the time out of their 40-to-60-hour work week to study economics, we outlawed literacy tests, which racists used to prevent African-Americans from “voting against their own interest” during Jim Crow.”

In the words of your own site, ‘Seriously Guy?” Are you seriously equating a book recommendation to a literacy test?

Here in modern times, everyone is welcome at the polls. Jim Crow is long gone. The poll tax is a thing of the past. Today, even dead people have managed to make their voices heard, (with a little help from super-dedicated campaign workers.) But that’s precisely why famous actors should think twice before telling the whole country to vote – because the whole country is listening. Forget about the apathetic and the willfully ignorant – what about the racists and the homophobes? The religious zealots? What about the tax-cheats and the wife-beaters? Do we really want to encourage bullies to vote? What about KKK enthusiasts? NAMBLA sympathizers? What about those who call for “more dead cops?” Can you think of no one who should maybe stay home on election day?

When I hit “publish” on this post, I have no idea who or how many people will read it. That’s why I limit my advice to modest suggestions like “read more,” “hold the door,” “avoid 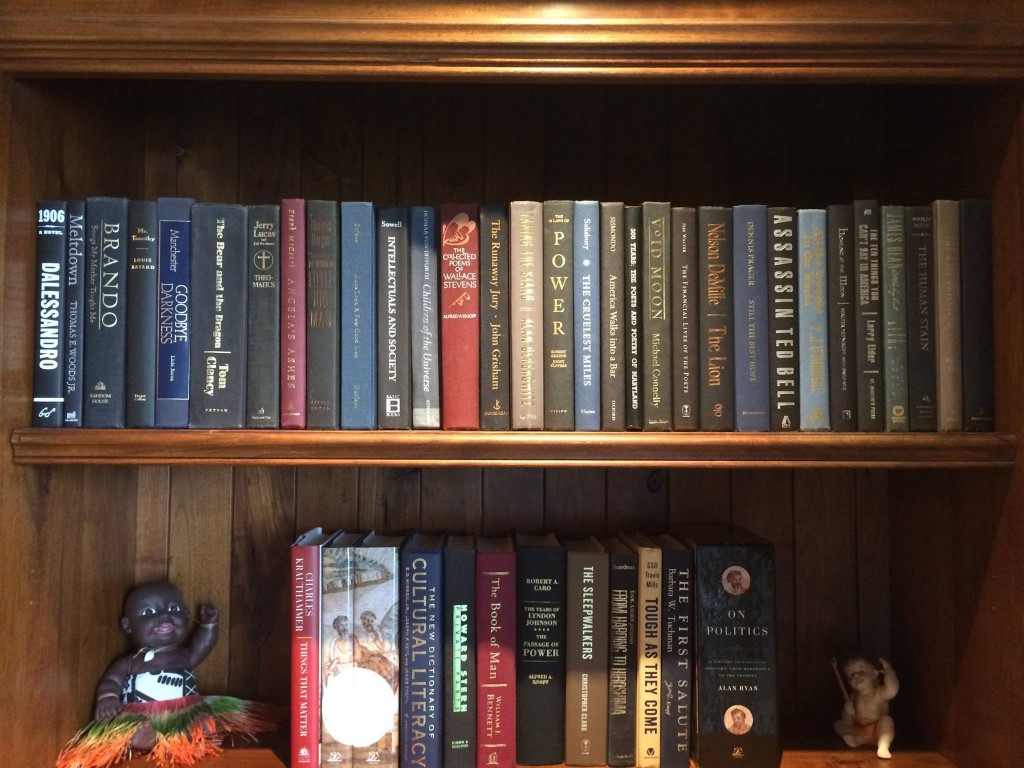 unnecessary debt,” and “try not to be an asshole.” I’m old-fashioned that way.

Rick Snee: “When Mike Rowe says that people shouldn’t be encouraged to vote because they’re probably too stupid to do so, that’s not common sense. That’s called elitism, which seems out of character for the champion of the hard-working American.”
And when Rick Snee makes up quotes and attributes them to me, that’s not called journalism – that’s called “making stuff up.” (Actually, it’s called a “Straw-man argument,” and Rick’s whole analysis relies upon it.) As for elitism, that’s the deliberate attempt to exclude people, based on things like religion, money, and education. I have excluded no one for any reason. When I recommended those books, I recommended them to everyone. When I said, “don’t vote simply because a celebrity tells you to,” I was talking to everyone. I still am. My message is always egalitarian. At least, that’s the way I intend it.

Rick Snee: “What’s so surprising is that, for a guy who normally thinks everyone has the potential to shape and contribute to society with hard work, Mike thinks that there’s a class of better voters out there, and that stupid people should maybe sit out the election so that we don’t elect Trump or Hillary.”

Again, with the straw-man argument. You’re just making stuff up. There is no “better class” of voter out there; it’s just us, Rick – the good, the bad, and the ignorant – all jammed into one happy class. You and I agree, (I think,) that no one in the class should be denied their right to vote. The difference, is that you want EVERYONE in the class to cast a ballot – regardless of what kind of person they are. I don’t. But do you really think that makes me an elitist? If so, what does it make you? How do we describe a guy with a blog who affirmatively encourages the willfully ignorant to exercise a right that impacts us all?

Rick Snee: Admittedly, it’s too late to not vote for either (or possibly an equally detestable third-party kook) in the general election. But only “well-read” voters participating won’t prevent any of the above from winning. Instead, more of one party’s energized backers will decide for everyone, which might be a minority of a minority. Or, in other words: an oligarchy will decide our next four to eight years of national governance if everyone sits out.

Fundamentally, you’re arguing that an uninformed vote is better than no vote at all. I get it. I just don’t agree. Pulling a lever or checking a box doesn’t make you a better citizen. Being a curious and informed does. That’s why responsible voting is a year round job. It starts with a desire to learn, and leads to a lifetime of thoughtful analysis.

Pulling the lever every four years is the easy part. You’re correct – I really do believe that everyone has the potential to improve their lives with hard work – but not hard work alone. Intellectual laziness is no less an impediment to success than physical laziness. And voting just because your favorite celebrity told you to doesn’t make you responsible; it just makes you impressionable.

Rick Snee: This is something that every despot and unpopular political party has recognized: they can continue to win election after election so long as only a select group of people vote. Low voter turnout elects unpopular candidates. The solution to this isn’t fewer voters; it’s more.

The only “Select” group of people in this country who vote, are those who choose to. Unlike Australians, Americans are not fined if they fail to vote. Unlike despotic countries, no eligible citizen is forbidden from voting. But regardless, on what do you base your contention that lower turnout equals unpopular candidates? True – the Democratic primary vote was down 21% this year. But the GOP primary vote was up 62%. STUNNING FINAL ANALYSIS=> GOP Primary Turnout Up 62% This Year – Dem Primary Turnout Down 21% This Year

Does that prove your point? Did the massive increase in voter turnout give the GOP get a superior candidate? Did the Dems get an inferior one, thanks to a 21% drop?

Obviously, opinions vary, but to me, it’s further proof that voter turnout has nothing to do with electing a quality candidate. When the dust settles, we always get the candidates we deserve, just as we always get the television we deserve. Honey Boo Boo wasn’t a hit because no one liked it, or because there was nothing better to watch. The real question is, what are we really looking for in our candidates? We say we want character and decency and honor. We say we value integrity and humility, but do we really?

If I didn’t know better, I’d say we were looking for candidates who are immune to humiliation. Candidates impervious to embarrassment. Candidates who can stand on the world stage – totally guilty of an endless list of moral failings – and boldly defend themselves by saying their opponent is worse. Seems to me, we’ve rewarded a lust for power, and in doing so, brought about the death of shame.

So no, Rick – I don’t think more voters lead to better candidates. I think better candidates rise from a more informed citizenry. And I’m not persuaded that anyone benefits from casting an uninformed vote, just because their favorite celebrity tells them to. Except of course, their favorite celebrity’s favorite candidate. Which brings me to the final point – the only one you didn’t address. Do you really think any celebrity would publicly “Rock the Vote,” if they suspected a larger turnout would disadvantage their candidate?

I think most sensible people realize that celebrities who lecture us on the importance of voting, are really trying to influence the outcome of the election. Honestly, I have no problem with that. But spare me the kabuki of “impartiality.” If you’re famous, and you want me to vote for Trump, just say so. Then tell me why. Make your case, and be prepared to defend it. Likewise, Clinton. If you think doing so publicly might be ba 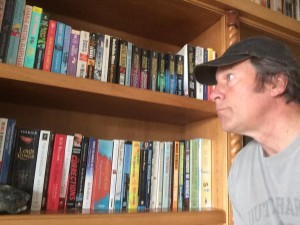 d for your career, then let’s talk it over in a bar somewhere, privately. But please, don’t hide your agenda behind some clever Public Service Announcement that challenges people you’ve never met to exercise a “duty” that doesn’t exist. That’s cowardly, and your fans know it.

Rick Snee: Or, don’t listen to me. Nobody cares what I think. Nobody asked me, anyway. But at least I’m not trying to sell you a t-shirt off of apathy and low self-worth.

Cheer up, Rick. Maybe your site will see a bump in traffic after this? Who knows? Maybe one day, people will start asking for your opinion? But be careful what you wish for. The minute you start answering questions publicly, somebody’s bound misquote you.
See you at the polls.

PS. Incidentally, the T-shirt you referred to has helped my foundation raise over $4 million dollars in work ethic scholarships. Thanks to the support from the people on this page, we’ve trained over 500 people to work as welders, electricians, carpenters, plumbers, and HVAC specialists. Modest, by most foundation standards, but not bad for a bunch of elitists, trading in apathy and low self-worth!