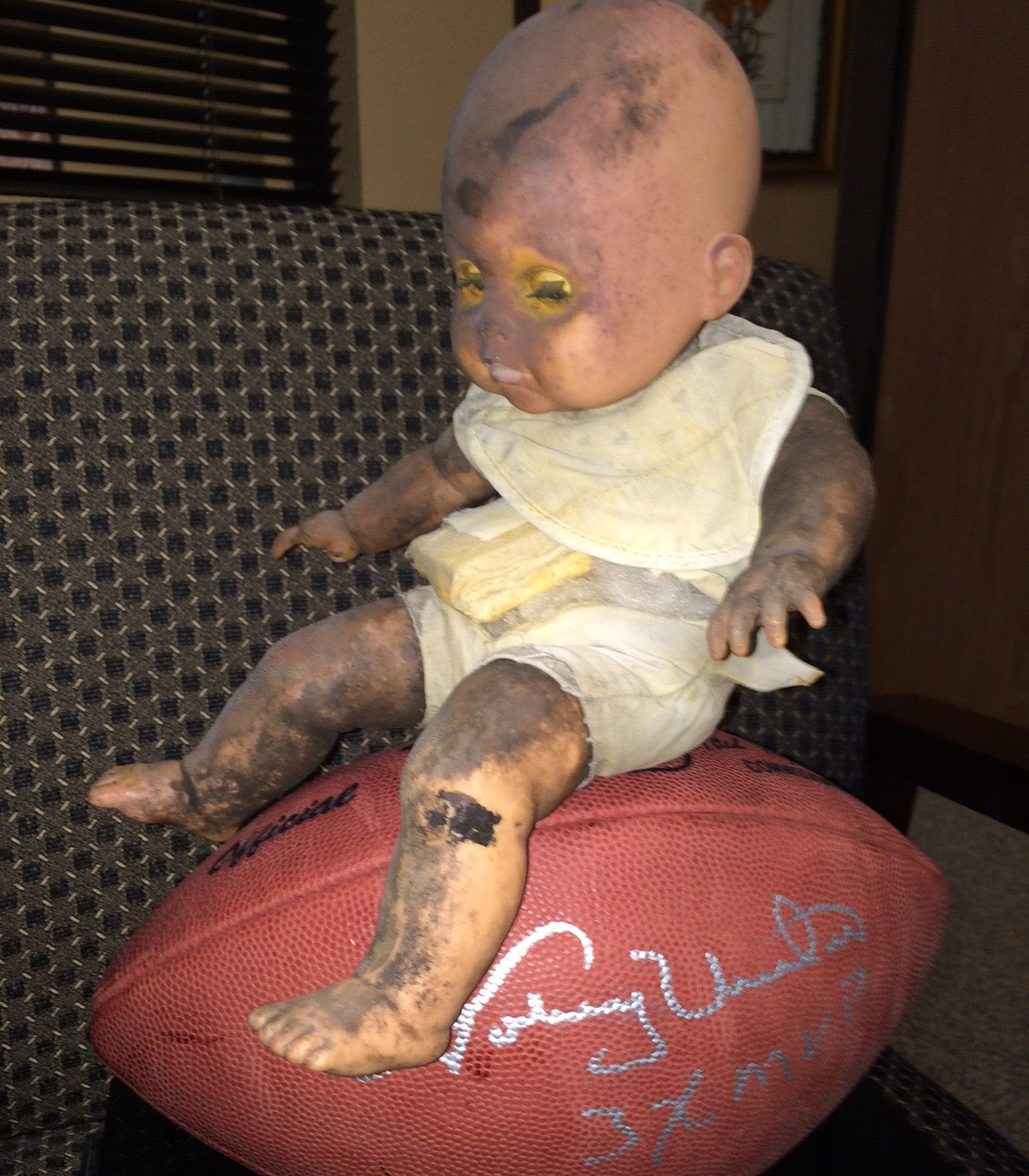 Mike – I’m the guy who bought the creepy bilge baby on auction. I keep her at my office. I just wanted you to know that she’s a very mischievous bilge baby. Recently, I found her recreating the Slim Pickens bomb scene from Dr. Strangelove (who knew she was a movie buff) with my autographed Johnny Unitas football. Just thought you should know.

Hi Robert – Thanks for the photo. I don’t really know why I’m posting it. Partly, I guess, to recognize your delightful aesthetic.

Few art lovers have the courage to juxtapose a battered baby doll atop an NFL football – particularly one autographed by the finest quarterback to ever play the game. Kudos, for thinking outside the gridiron, and challenging traditional artistic convention.

Also, it’s a fine representation of your generous spirit. If memory serves, you paid over $500 for The Bilge Baby, a truly troubling mascot once lashed to the mast of work boat featured on Dirty Jobs, and a cherished heirloom that lived in my garage for nearly five years before finding a new home in your tasteful office. That money, along with roughly four million additional dollars has helped fund a lot of work-ethic scholarships, so thanks for that.

Mostly though, if I’m being honest, I’m posting this image because it’s now seared into my retina, and frankly, I don’t want to be the only one haunted by it.

So, drink it in Facebook, and have a swell Sunday.