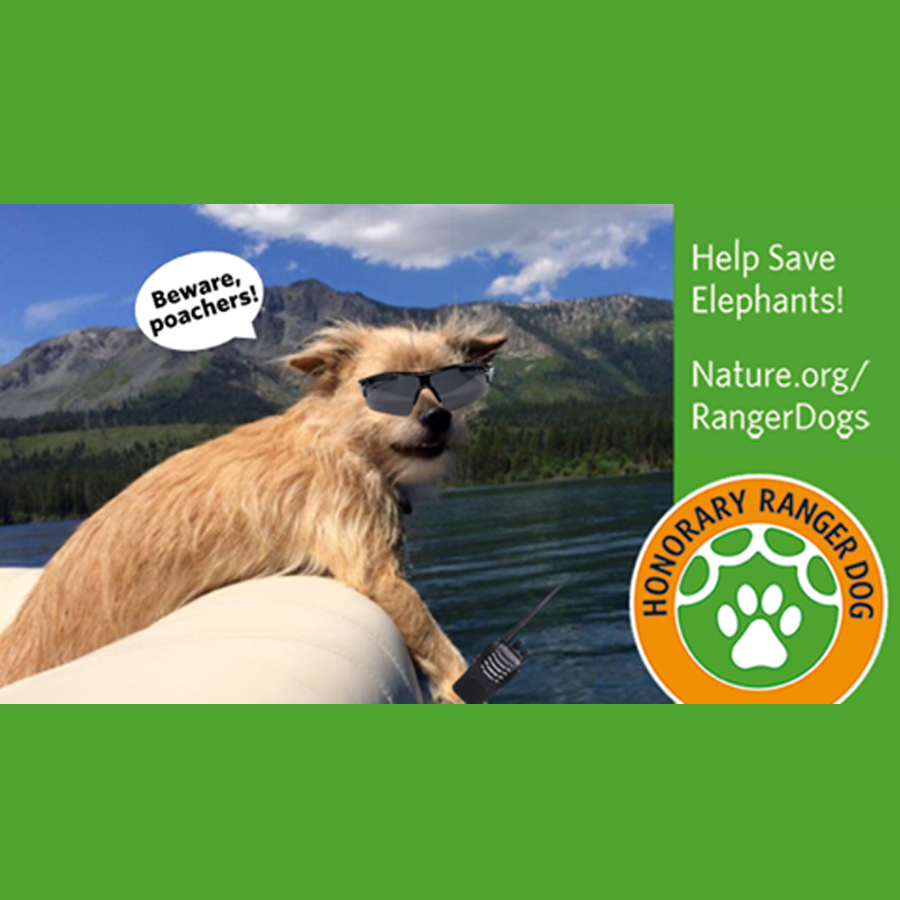 I’ve received a request from a woman named Vicki. Vicki is apparently involved in an effort to save elephants. I’ve never seen an elephant before, and at this rate, I’m afraid I never will. Apparently, a very specific breed of biped called “poachers” have been shooting these noble beasts and cutting off their tusks for no good reason. These poachers sound similar to those bipeds my Human Butler most often refers to as “assholes.”

Vicki explained that “ranger dogs” are used to help the good guys track down the assholes who shoot the elephants. To help raise awareness about these doomed elephants, the assholes who shoot them, and the Ranger Dogs who track them down, Vicki has asked if I’d lend my name and likeness to a growing army of Honorary Ranger Dogs. Toward that end, she coopted an image of me online and had some fun with photoshop.

Vicki probably didn’t know that image was captured moments after I puked my guts up into a lake called Falling Leaf, but I’m not sure she cares, and frankly, neither do I. The goal is to raise a few bucks to feed and care for the actual Ranger Dogs who hunt down the actual assholes who are killing the actual elephants. If you’d like to help, or become an Honorary Ranger Dog yourself, go here.

Vicki – for the record – please feel free to use my name and likeness in whatever fashion you think best. For what it’s worth though, I’d never say “Beware Poachers.” That’s a bit soft, considering the stakes. I’d say, “Heads up Assholes – I can smell you from here, and I’m coming to bite your balls off.”

Good luck with your campaign, and don’t take any prisoners. Go elephants!