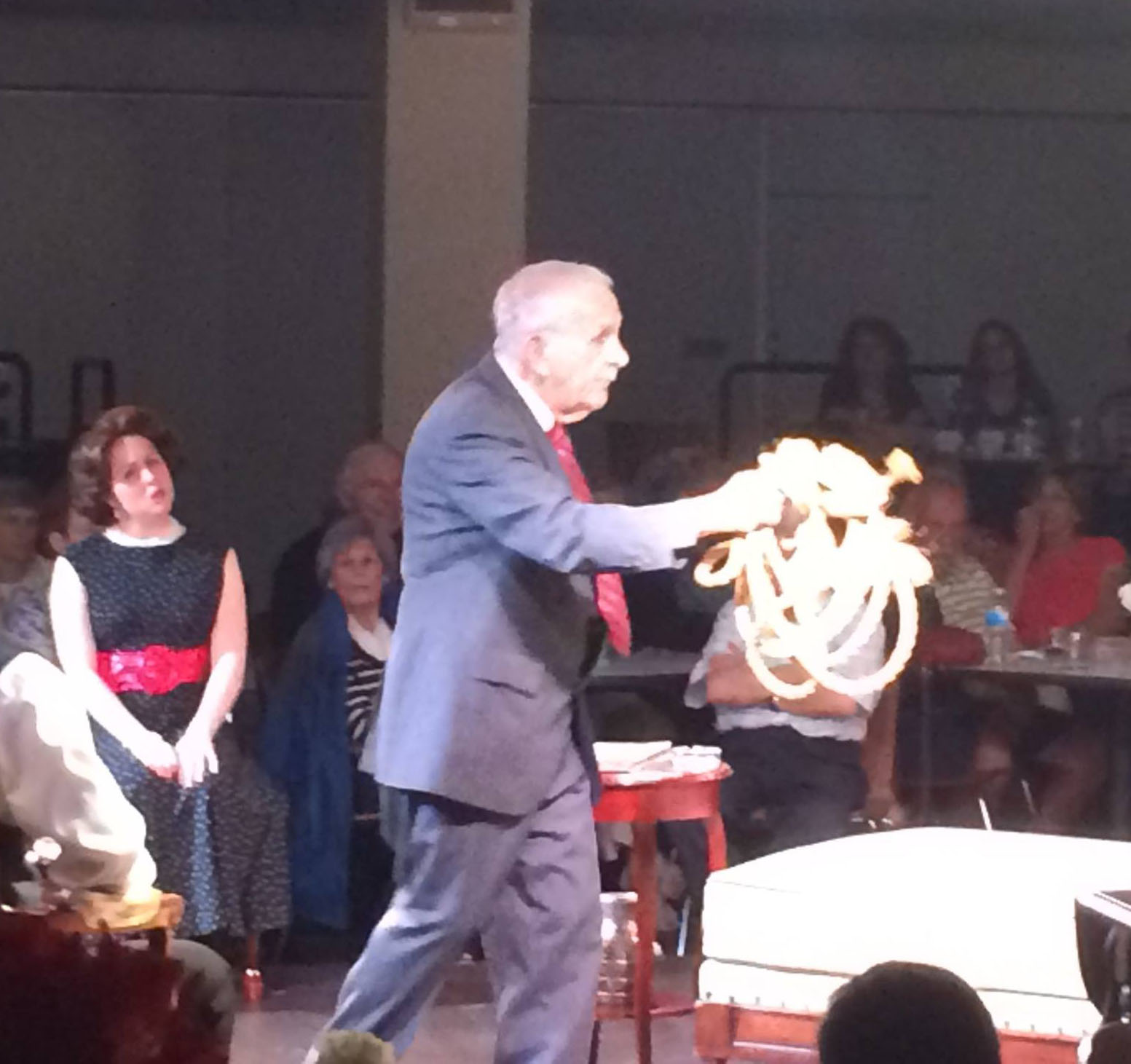 That’s my Dad, seconds away from unmasking the killer in another Agatha Christie thriller. This one’s called “Zero Hour,” and it concerns itself with a mysterious murder and the subsequent investigation which unfolds at a country estate somewhere in the English countryside. Here, my dad approaches the guilty party with a damning piece of evidence, and assumes an expression I know all too well. It’s the same expression that accompanied countless other investigations conducted in the house I grew up in.

“And whose muddy boots left this dirt on the carpet?” 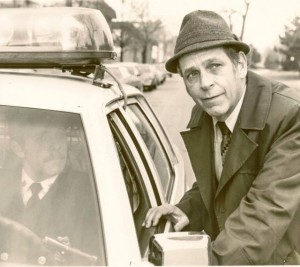 “And who drank the last of the milk?”
“And whose socks are these, jammed into the sofa cushions?”

Such questions were always posed with a raised eyebrow, and followed by the dramatic revelation of a piece of dirt, or an empty milk carton, or a wayward sock held high for all to see.

A natural sleuth, my father’s innate desire to get to the bottom of things has made him the go-to-guy for any production where the overarching question is “Who Done It?” Dial M for Murder, Witness For the Prosecution, Twelve Angry Men, A Shot in the Dark, The Butler Did It, Deathtrap…he’s done them all. In The Crucible, his portrayal of Judge Danforth still haunts me: “We burn a hot fire here; it melts down all concealment.” 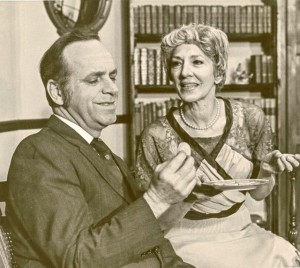 audience, I was pretty sure he was talking to me.

Watching Dad onstage is a privilege, but working directly with him was an honor – a role you might say I was born to play. In The Rainmaker, my father was the sheriff who arrested me for trying to convince people I could make it rain during a drought. In Inherit the Wind, he played a judge, (yet again,) and threatened to send my character to jail for contempt of court.

Both portrayals were utterly convincing.

Last night, as I watched my dad once again “get to the bottom of things,” (this time, in an English accent!) I considered how many other 83 year 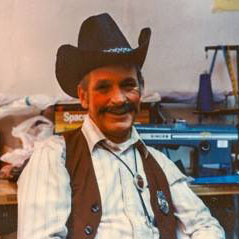 old men I know who can memorize a few thousand words and still hit their mark. He confided in me after the show that it’s not easy. But of course, anyone who knows my dad understands that “easiness” is never the point.

There’s a great line from A River Runs Through It. It goes, “My father was very sure about certain matters pertaining to the universe. To him, all good things – trout as well as eternal salvation – came by grace; and grace comes by art; and art does not come easy.”

Neither I suspect, did raising the likes of me. Which is why I’m forever indebted to the man who continues to hit his mark, night after night.