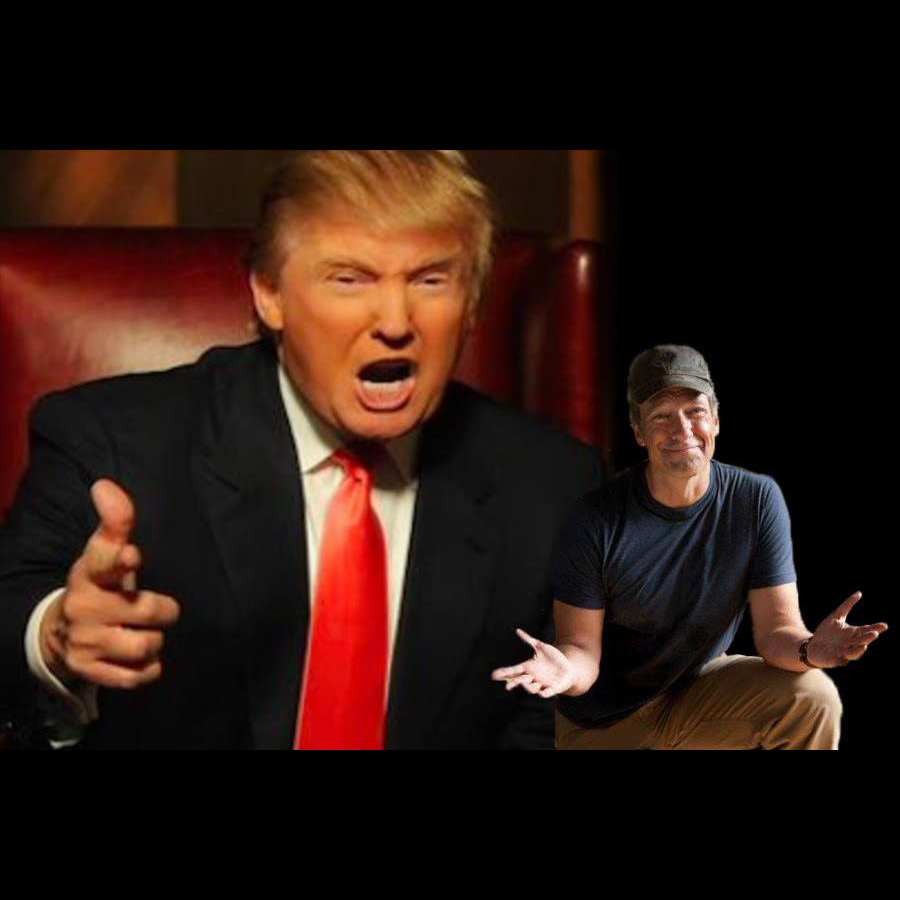 I guess we’ll know when you know. But you know more than we know. So whadaya know? What’s up with SGDI?”

As you may have noticed, there’s an election going on, and every cable news network on the planet has taken a solemn vow to mention Donald J. Trump by name or show his triumphant visage at least once every five minutes. This vow is no laughing matter. The fate of our political system is in the balance, and Americans need to stay informed.

But here’s the thing – Somebody’s Gotta Do It is a one hour show. To air an episode uninterrupted would require CNN to break this solemn vow not just once or twice – but twelve times an hour.

Obviously, the sudden and repeated appearance of Donald Trump in the middle of a light-hearted show with no political agenda will almost certainly leave viewers confused and frightened. Therefor, I have agreed to “Trump” myself, by moving my show to a channel where the politics are limited to traditional sixty second attack ads packed with good old fashioned hate speech. I’m now in discussions to identify the best home, and promise to update you just as soon as I know.

Kidding aside, the network and I have agreed that launching the new season of Somebody’s Gotta Do It would not be advisable in this political climate. As for CNN, they’ve been great, and I truly appreciate their partnership over these last few years. Maybe one day, when this election is behind us and the future of Bulworth is settled once and for all, our paths will cross again.

Till then, stay tuned.

PS Dear Donald – To be clear, my decision to Trump myself has nothing to do with you personally. However, if you’re nevertheless feeling a slight twinge of guilt for gobbling up all the bandwith, I’d like to suggest a simple path to atonement. I run a modest foundation called @mikeroweWORKS. We award work ethic scholarships to people who wish to learn a skill that’s actually in demand. So far, we’ve distributed over $3 million dollars for the kind of training that gets tradespeople jobs. Anyway, my approach to fund raising is what you might call “non-traditional.” Yesterday, I auctioned off an old bathrobe, stolen from a swanky spa in Napa for $8,405.00. Check it out. http://www.ebay.com/itm/-/252381732048…

This got me thinking – how much might someone bid for a bathrobe from The Trump Tower? (I took my Mom and Dad there a few months ago, and they had a ball. My Dad still has your slippers, and refuses to part with them.)

I’d like to make a deal. If you’ve got a spare robe in the hotel inventory that you’re willing to part with, I’d love to auction it off for the benefit of mikeroweWORKS. What do you say? Might be fun to see what someone would pay for a Trump bathrobe that rewards work ethic. I guarantee that millions of voters will see the auction, and thousands of dollars will be raised. It’ll be Yuge!

PPS. Hell, if you autograph the thing in laundry-proof marker, I bet we could raise enough dough to close the skills gap next week…

PPPS Obviously, I can’t promise to vote for you simply because you send me an autographed bathrobe to auction off for a good cause. That sort of inducement – as I’m sure you know – would preclude the non-partisan nature of my foundation. Full disclosure – If Hillary and Bernie sent me a pantsuit and a rumpled jacket – respectively – I’d auction those off in heartbeat…