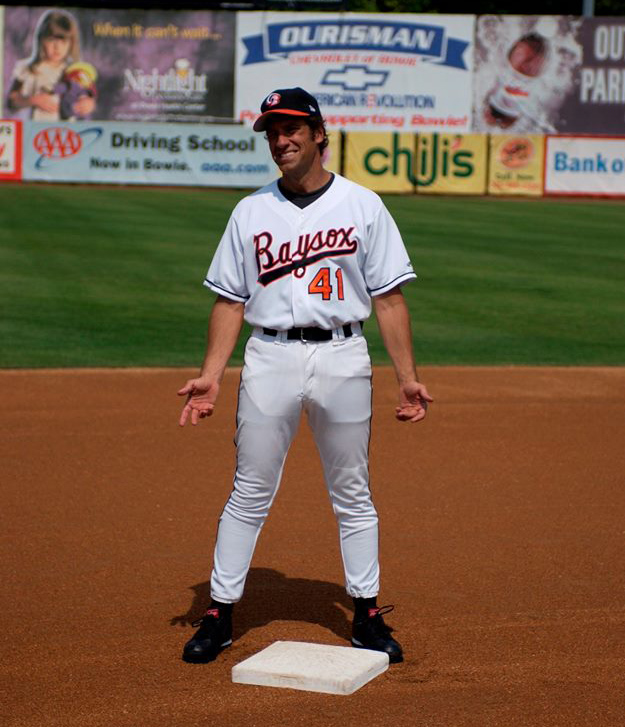 Mike, a group of us that appreciate your entertainment and the way you think have a pressing question. Do you favor getting rid of the designated hitter in major league baseball?

A great baseball player should be able to hit, run, throw, and play his position competently. His “greatness” is therefor a reflection of a collection of skills – not the singular talent of a one-trick-pony. Specialists are great if you’re getting a new kidney or doing your taxes, but their existence in baseball is anathema to the concept of a complete player. The better question – to those who insist on keeping this travesty in place – is why not expand it?

Surely, if it makes sense to excuse a pitcher from batting because he’s a lousy hitter, why not allow every other fielder the same option? And if the designated hitter makes the game “more exciting,” as many proponents maintain, then why not assign one to every single player? Imagine the excitement then!

Nine excellent fielders, completely unburdened by the pressure of swinging a bat. And nine excellent batters, who never have to wear a glove or stand around waiting for someone to hit a ball in their general direction. All playing for the same team! But why stop there?

Why not allow designated sprinters to stand right next to designated hitters, and run the bases in their place? That would be so much more exciting than a pinch runner. And how about designated throwers? Seems fair, given the problem of excellent fielders with great hand-eye coordination but weak arms. For that matter, should we really expect pitchers to throw fastballs as well as sliders? Screwballs as well as change-ups? I mean, is it really reasonable to expect a Cy Young winner to have a knuckleball as well as a breaking ball?

Why not put four designated pitchers on the mound at the same time, and allow each one of them to focus only on their favorite pitch? Think how much better each team would be, if the field were filled with 30 specialists instead of nine generalists!!

Of course – if that happens, we’ll need to get some designated fans as well. This way, when former fans leave in disgust after the first inning, thousands of surrogates could take their place – kind of like those human seat fillers they use at the Oscars. That way, the designated players won’t feel sad when they look up and see an empty stadium. And the designated mascot will have some people to inspire.

To answer your question, Bart – no, I’m not a fan.