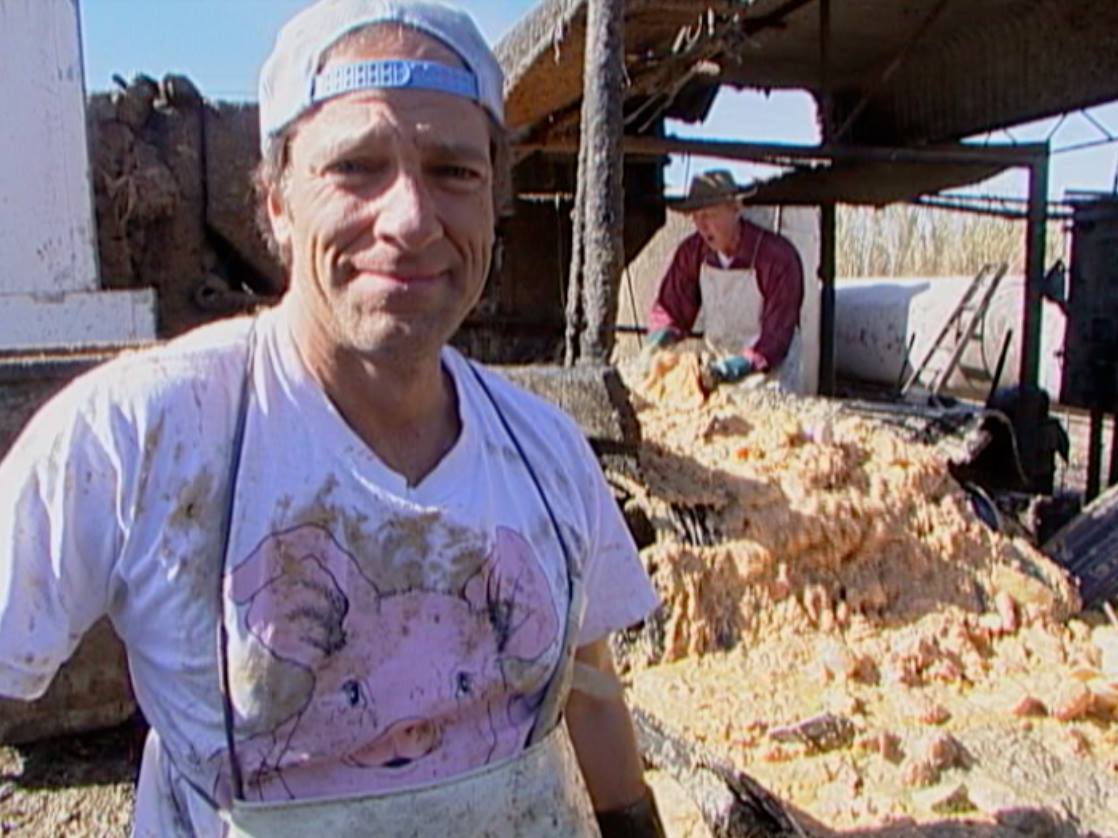 Ten years ago, right around this time, I wandered onto a pig farm in North Las Vegas to meet a guy named Bob Combs. As always, I didn’t know the precise nature of what awaited me, which is partly why the ensuing 12 hours were among the most delightfully disgusting and unforgettable I’ve ever experienced. So when I learned that Bob and Janet were pulling up stakes, I must confess I was overcome with a sudden sentimentality for swine.

I’ll never forget that massive cooker in Bob’s backyard – a towering, Rube Goldbergian contrivance cobbled together with random parts from various junkyards. Conveyor belts traveled in every direction, transporting an unholy smorgasbord of food scraps into a giant stew pot three stories high where they were brought to a slow and aromatic boil. Bob said the smell reminded him of a “bakery.” Opinions vary, but the machine itself was undeniably brilliant, and Bob built the thing himself, by hand.

Also unforgettable: the pick-up truck from WWI, the silos filled with of rancid ice cream, the hospitality of his lovely wife Janet, the diabolical feed cart that redefined conventional notions of “right” and “left,” the mud, the smell, the expression of wonder on Barsky’s face, the perpetual soundtrack of squealing and slurping, and of course, several hundred ravenous pigs that ate like kings, thanks to the ingenuity and dedication of a man who takes his vocation very seriously. It was great TV.

Truth is, Dirty Jobs was less about the dirt and the job, and more about the people. That’s why fans ask me about Bob more than any of the other 300 characters we featured. A cross between Jimmy Stewart and Old MacDonald, Bob Combs represents everything I tried to highlight with the show – a modest, good-humored man with an extraordinary work ethic, doing a job that’s not only dirty, but critical to civilized life. In fact, it was Bob’s dedication to work that inspired me to put a pig on a pedestal, and use that image to promote Dirty Jobs. Before Visa was asking “What’s in your wallet,” we were asking, “What’s on your pedestal?” Bob’s answer was simply unexampled.

But aside from embodying the Dirty Jobs mission statement, Bob Combs is also a genuine steward of the environment. I’m not talking about a traditional proponent of all things “green,” or a champion of the latest codes and compliance – God knows, Bob is not a poster child for the EPA, and over the years he’s stepped on the toes of more than a few elected officials. But you’ll not find a more perspicacious or persuasive advocate for commonsense recycling than Bob Combs.

For 50 years, Bob has brought his pigs to market with Vegas house money. As other farmers pay more and more for grain, Bob controls expenses by collecting countless tons of uneaten buffet food from casinos and feeding it to hundreds of pigs. Hard work to be sure, but over the decades, it’s impossible to overstate his impact on the local ecology by working smart as well as hard. No shortcuts. Bob’s approach to conservation is so rooted in practicality, it inspired a series of specials on Discovery called “Brown Before Green.” It was Bob who showed me that Brown was a far more sensible better color to rally behind, for those serious about sustainability and meaningful conservation.

People ask me all the time what the dirtiest job was, or the scariest job, or the smelliest job, or the most disgusting. RC Farms is not the answer to any of those questions. But – when people ask what the most important dirty job was, and who the most memorable character is, the answers have always resided in North Las Vegas. I’m sorry to hear that will no longer be the case, but I understand that all things must change, always. 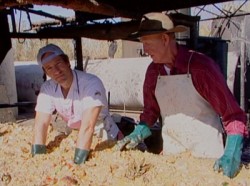 Wherever Bob and Janet are headed next, I can only wish them browner pastures, and all the luck in the world. Feel free to join me.

PS. There’s a new episode of The Way I Heard It over at mikerowe.com/podcast. The subject is not Bob Combs, or pigs, but it’s no less interesting. If you have five minutes to kill, give a listen.