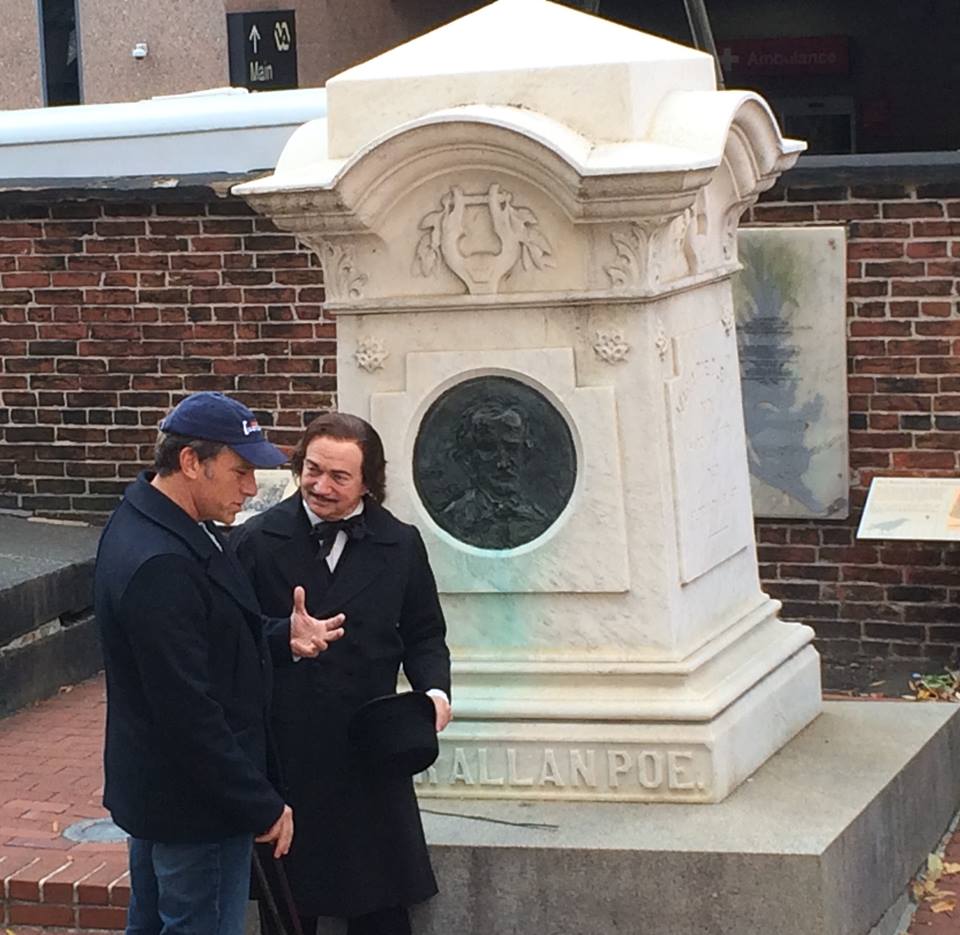 Years ago, David assumed the identity of Baltimore’s great, literary genius, and in the process, cast himself in the role of a lifetime. So it stands to reason that on this – the anniversary of Edgar Alan Poe’s birth – David is decked out in all the appropriate garb, prowling the streets of Baltimore, and regaling unsuspecting passersby with long passages from The Tell Tale Heart, The Pit and the Pendulum, and his beloved Annabelle Lee.

Like me, David loves the words of Edgar Alan Poe. Unlike me, he’s memorized over 50,000 of them. Crazy? Maybe a little. But it pleases me to know that 3,000 miles from my current locale, in the 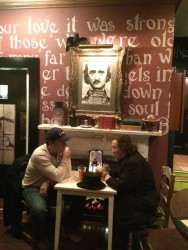 heart of my hometown, a former stage actor is preserving the spirit of a man whose dark imaginings wrecked my peaceful slumber on too many occasions to count. Simply because he’s gotta to do it.

I don’t know if Poe believed in an afterlife, or if his tortured soul lives on to this day in heaven or hell or someplace in between. But if he is out there in the ether, I feel certain he’s flattered by the man in Baltimore, who has dedicated his life to keeping his words alive.

And thanks, David – evermore.
Mike