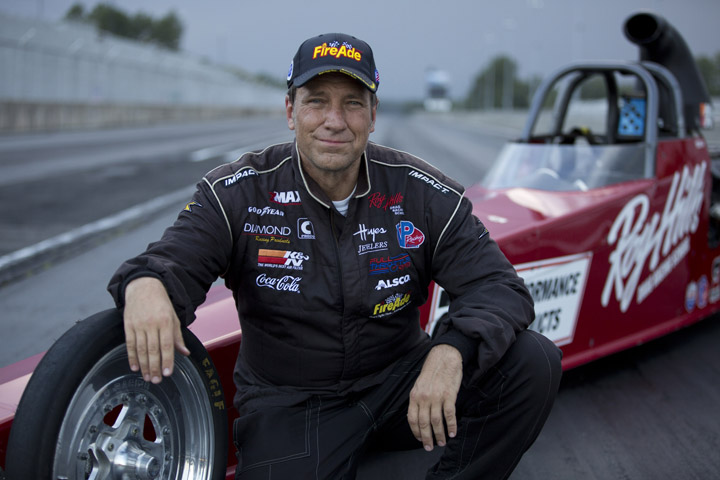 What are we to conclude from photos like these? Do you see a confident driver of dragsters, kneeling before his mighty chariot, contemplating the 1000 horsepower within and reflecting upon his looming race with quiet confidence? Or do you see a man, trying hard to persuade an unpredictable sphincter from destroying someone else jumpsuit?

What about the second one? Do you see the same man thumbing his nose at encroaching middle age by allowing himself to be hurled into the void by a homemade Tarzan swing? Do you imagine he’s laughing in the face danger, even as he reconnects with his inner eight year old? Or do you suppose he is once again doing all he can to remain continent in the face of his own, highly questionable judgement? 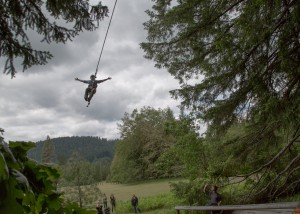 These and other questions shall be posed, if not necessarily answered, on tonight’s better than average of Somebody’s Gotta Do It. My sphincter and I would be grateful if you DVR’d the damn thing, or better yet, actually watched in real time. Assuming people still do such things.