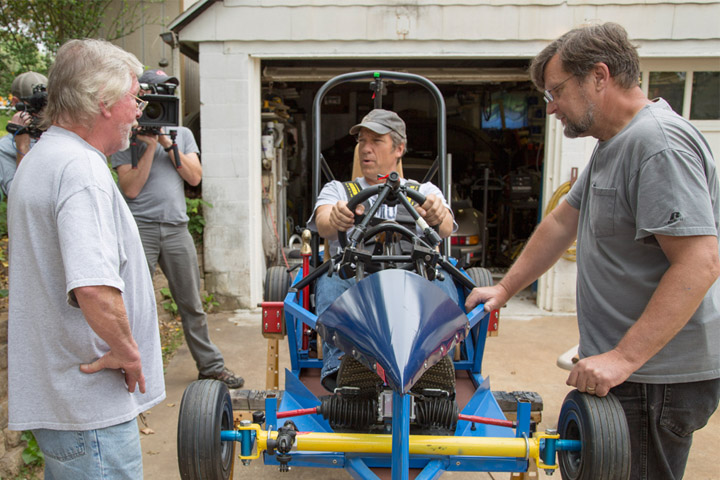 Tonight on SGDI, I don yet another helmet and engage in yet another activity that most reasonable people might describe as “ill-advised.”

Specifically, I’ll be hurtling down a steep public road in a glorified soapbox at speeds approaching 60 miles an hour. Accompanying me are a few dozen M.I.S.F.I.T.S., a truly unusual assortment of speed demons and malcontents who comprise the Maryland Independent Soapbox Federation & Incline Trails Society. Their enthusiasm is undeniable, even if their sanity is not. And their acronym is spot on.

Also on the agenda, a modern-day William Tell gives me a primer on the compound bow, and a guy named Mark shows me why his idea for “the democratization of innovation” is absolutely positively guaranteed to change the world.

That would be tonight, 10PM/ET on CNN.
Helmets optional.