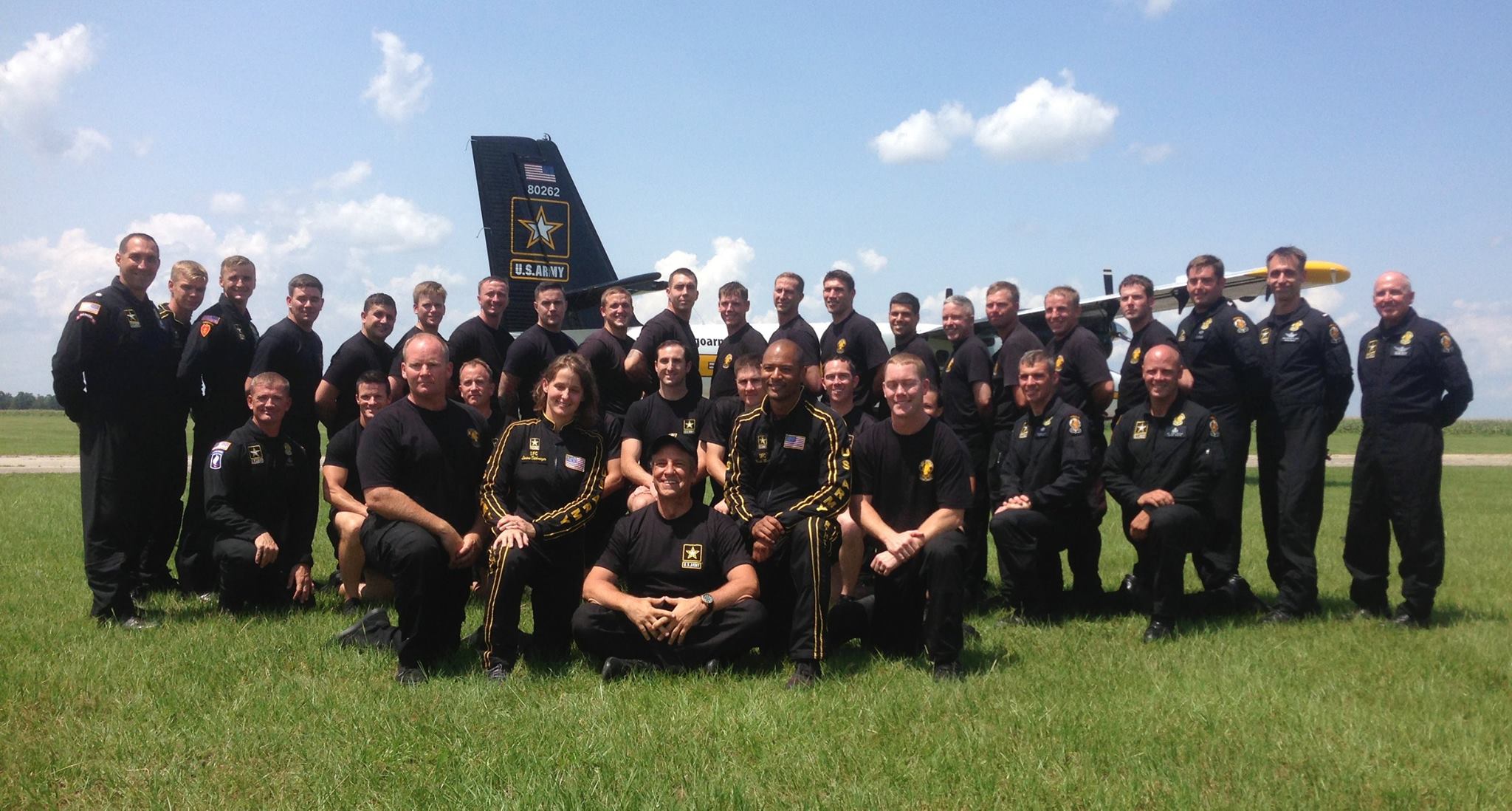 Last month, I was invited by The US Army to join The Golden Knights at their training facility in North Carolina. In their good company, and under their close supervision, I was allowed to accompany them on a dive and pull my own chute. It was an honor and a privilege I’ll never forget. Today, I’m sad to tell you that one of the Knights died yesterday at The Chicago Air Show.

Sergeant First Class Corey Hood was 32 years old. He enlisted when he was 17, right out of high-school, and just before 9/11. He did five tours in Afghanistan. He was awarded two Bronze stars, and two medals for Meritorious Service. In other words, he was a hero – a combat veteran who spent his adult life serving you and me.

He’s pictured here in the top row, 5th from the right. Aside from shaking his hand and thanking him for his service, I had little direct interaction with Corey. But of course, when you meet one Golden Knight, you meet them all. They’re a team like no other – the tightest and closest I’ve ever seen. I know they’re broken-hearted today, along with Corey’s wife, Lyndsay. But I also know they’re there for each other.

I can do nothing but offer all of them my sincerest condolences, and invite you to do the same.