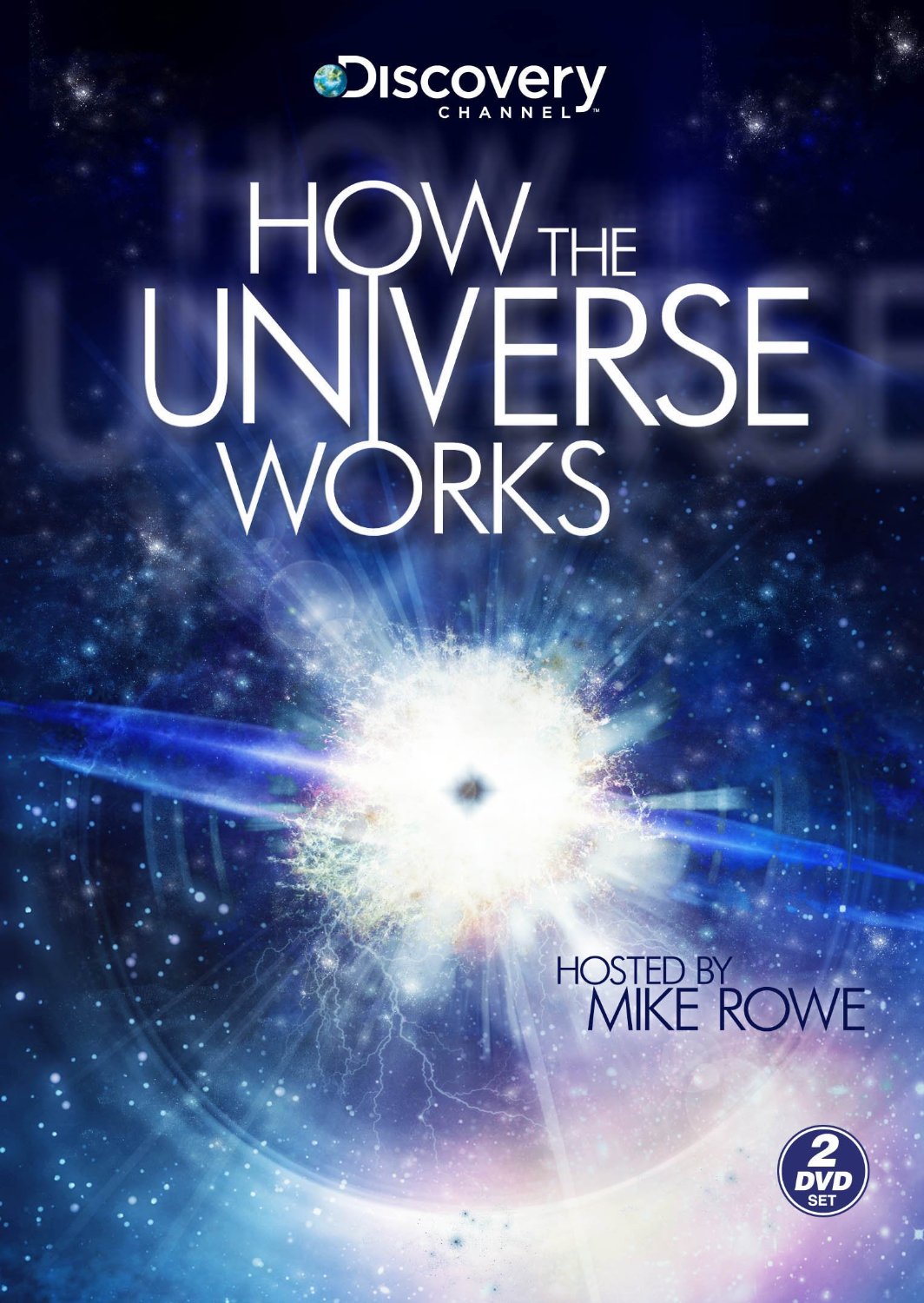 Mike – My son bought me a DVD of How The Universe Works. It’s excellent, and your narration is perfect. But the DVD says it’s Hosted by you. Why aren’t you on camera? Did I miss something?
Jason Franks

Mike – I just download two episodes of How The Universe Works off iTunes from Season 2. The narrator is, well…not you. What’s up with that?
Paul Jennings

I just received a DVD of Season 3 of “How the Universe Works.” It is narrated, not by Mike Rowe (who did the third season), but by Erik Dellums, (who only did Season 2.) Can someone please explain this?
John K.

The universe is indeed a mysterious place, and How It Works is no less mystifying than How It Sounds. I’m afraid I don’t have all the answers, but based on what I’ve learned from narrating this amazing series, I do have a theory which I believe will answer your questions. I call it The Theory of Everything. First though, let’s consider the strange facts and circumstances surrounding this series, with a Brief History of Time.

Season 1 of How The Universe Works premiered on The Discovery Channel back in 2010. I was the narrator. However, when the DVD’s were released, I was clearly identified as the Host. Consequently, I received hundreds of letters from confused fans who purchased the DVD’s expecting to see me on camera. Awkward.

The next year, Discovery ordered a second season, but moved the show to The Science Channel. Then, in a move that still puzzles astronomers and physicists around the world, my voice was replaced with Eric Dellums. Obviously, this further confused fans from Season 1, and triggered a flurry of questions, most notably, “Why does the universe now sound like the guy from Homicide?”

I had no good answers, but the following year, I was invited back to narrate Season 3. So I did. Then I was asked to re-record all of Season 2. I had no idea what was going on, but when the universe gives you good news, it’s best not to argue. So I spent several weeks explaining the wonders of dark energy, time travel, string theory, particle physics, singularity, and quantum mechanics in a crisp, well-modulated baritone – pausing only to remind the audience that our universe is a dynamic and unstable place bent on killing us all.

Clearly, this is precisely what’s happened. Eric Dellums must be the official narrator of How The Universe Works in some other dimension. Likewise, I must be “Hosting” this same series in some other alternative world. Here though – in our universe – I’m the narrator. Obviously, these three universes have somehow collided with one another, and created a new, hybrid universe that incorporates elements of all three. Hence, the subsequent confusion that persists in the video aftermarket to this day.

Mike
PS. Last chance to buy my colon for a good cause. Details here.