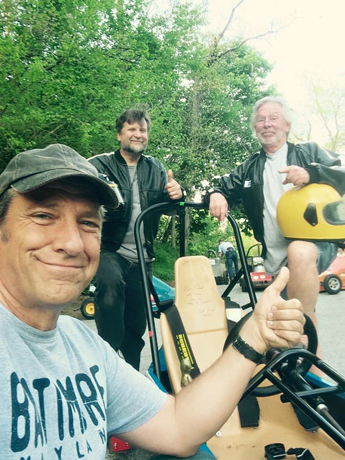 Say hello to two delightful lunatics. That’s Fran on the left, and Fred on the right. Both drive race cars. At least they used to. Today, they fly down Maryland roads in homemade contraptions conspicuously void of things like engines and reliable brakes, often achieving speeds in excess of 60 mph. 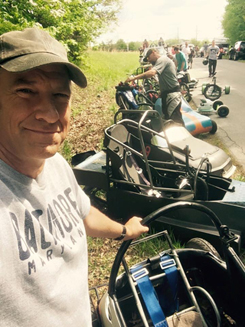 Last Saturday, against the wishes of several lawyers and what most people might call “common sense,” I joined the M.I.S.F.I.T.S. for a bare-knuckled plummet down a country road about a half hour north of Baltimore. (Which I suppose, makes the number of pictured lunatics, three.)

The results will comprise a future segment of Somebody’s Gotta Do It, but my appreciation for the opportunity is best expressed now, along with my relief at making it to the bottom unscathed. Good fun.

People often ask how SGDI is different than Dirty Jobs, and this is probably as good an example as any. Strapping yourself into a gravity car and “hoping for the best” is not a job. Nor is it particularly dirty. But it’s a passion for sure, and the genuine misfits who invited me along last Saturday for their monthly appointment to laugh at death in the face are passionate about 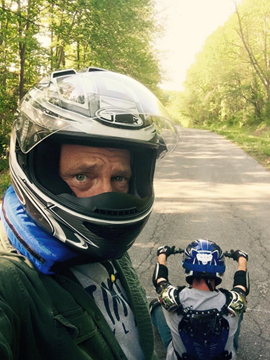 their avocation in ways that are hard not to admire.

I’m not sure I’d recommend this particular activity to people with things like…you know…assets and dependents, but I suspect I’ll be back for another shot at glory next time I’m in town. I’ll share more details next fall, when the M.I.S.F.I.T.S. make an appearance on Somebody’s Gotta Do It.

PS. This weeks show features several other flavors of crazy, including Monster Truck drivers, Bike Polo aficionados, and a guy named Hank who forages for all he eats, but still eats like a king. Thursday at 9, on CNN. Probably.