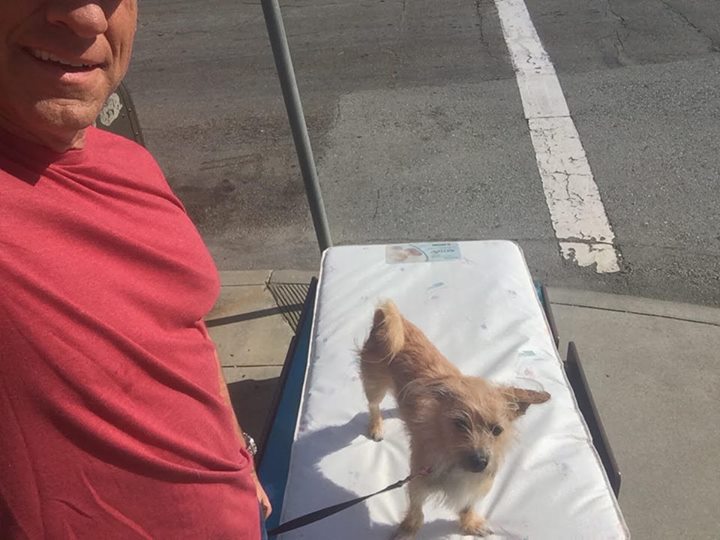 What the hell is going on in Pacific Heights? Every day this week, someone has left a random mattress lying around on the sidewalk. It’s like the week after New Years, except the discarded trees have been replaced with discarded mattresses. What does it all mean?

At first, I thought the City had organized some sort of Mattress Collection Initiative. This is after all, a fairly sophisticated zip code, wracked with a famously guilty conscience. So it’s not beyond the realm of reason to suppose that City officials might have green-lit some grand recycling project specifically designed to alleviate the burden of surplus bedding among the one-percenters. But, since no one has made any attempt to collect these things for nearly two weeks, their true purpose now seems clear – to simplify my life.

The hills of San Francisco are a nightmare, and while I crave any opportunity to vacate the biped’s hovel and stroll the mean streets of Xanadu, the topography of this fair Ville was most definitely not designed for the inherent limitations of a creature with legs approaching six inches in length. As my notoriety grows in these parts, I can only assume the local animal lovers have seen me struggle in my daily stroll, and taken pity on my obvious limitations. How thoughtful, to leave me these considerate waypoints – these soggy little oases where I can rest my weary limbs and catch my breath.

I mean really, what other explanation can there be?