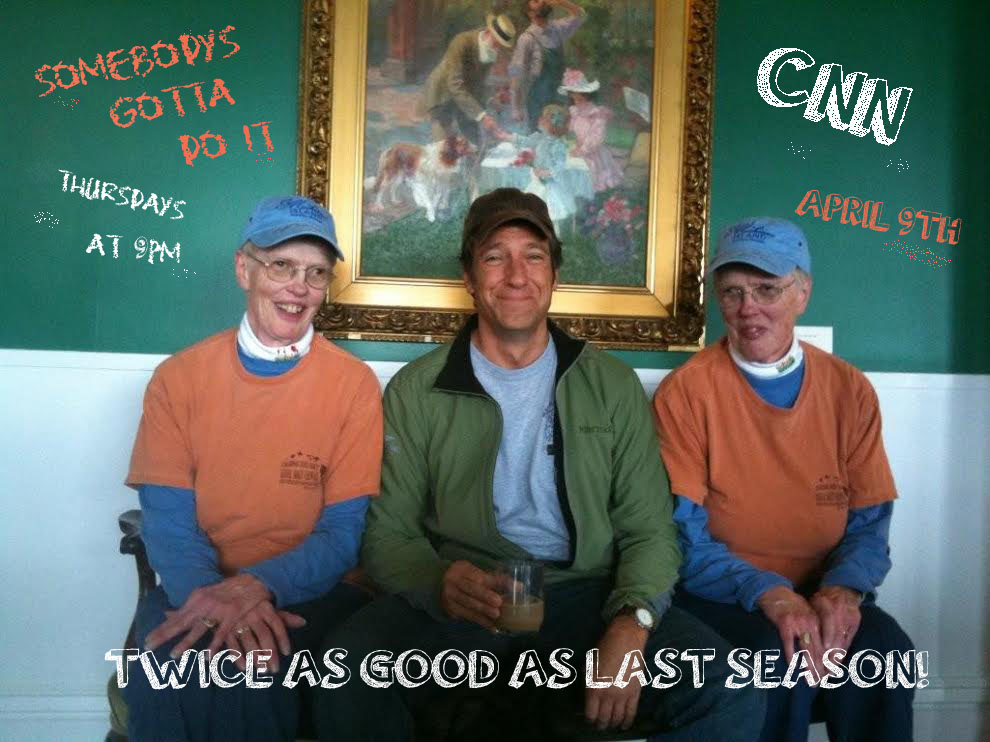 Several years ago on Mackinac Island, I went out with the crew after a Dirty Job and did considerable damage at a gin joint called Yankee Rebel. My crew, being younger and decidedly lightweight, abandoned me around 1am, but I closed the establishment, bonding with locals as I am wont to do. After a protracted game of darts, I locomoted under my own power back to The Grand Hotel around 3 am, and successfully located my room in the endless maze of corridors – the “Somewhere in Time” suite – where I desperately hoped to empty my bladder and pass out, ideally in that order. Sadly, I arrived at my door only to realize my room key was no longer in my possession.

Of the many frustrations encountered on the road, few can match the dismay of forgetting your hotel room key, or learning that it’s been deactivated by your phone. Especially when you’re on the verge of incontinence. As I staggered down to front desk to remedy the situation, I recalled that Barsky had left the bar a few hours earlier, wearing the jacket he had loaned me earlier that evening. My key was in the jacket, and I made a mental note to punish him appropriately sometime in the near future.

Anyway, I awakened the clerk, got a new key, hiked back to my room, and let myself in. There, I turned on the lights and came face to face with an image that’s still seared into my retina to this day.

Two women – identical twins in fact – were tucked into my bed.

One of them was holding a video camera, and both stared at me with the same expression captured in the photo above. Several seconds elapsed, as my brain attempted to process the sight before me. Then the twins said, in unison, “Hi Mike, we’ve been waiting for you.”

I don’t know how high I jumped, but when I landed the impact was sufficient to jar a respectable burst of urine from my distended bladder, and send a high-pitched gasp from my constricted trachea. I stumbled backwards into the wall and slid to the floor, certain my last moments on earth were at hand. Happily, they weren’t.

The twins are Carolyn and Marilyn Maedel, and fans of Dirty Jobs will remember their several appearances on the show. We’re still friends, they’re still fans, and even though they send me candy on my birthday, I’m still not over that moment in The Grand Hotel, made possible by Barsky, my missing key, and the diabolical Maedel sisters. Because they love Somebody’s Gotta Do It so much, I’ve taken the liberty of turning this photo into a shameless plug. I’m sure they won’t mind. And if they do, too bad.

They still owe me for a new pair of underpants.