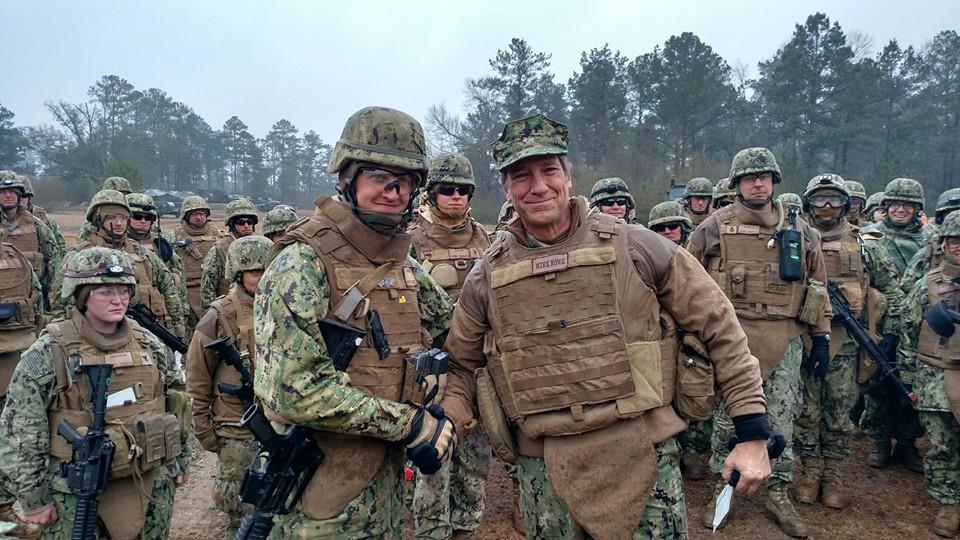 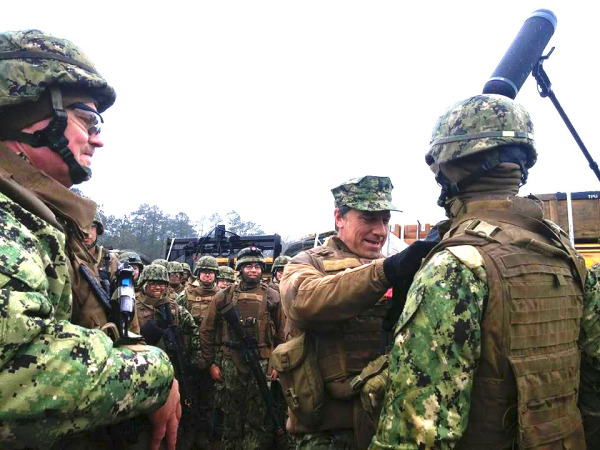 Rowe shared his Seabee “Can Do” experience during Bearing Duel on his Facebook page:

“I was going to tell you about the many physical challenges of the day, and rave about the skill and work ethic of these extraordinary people. But at the moment,

I’m preoccupied by their physical toughness and refusal to complain. These men and women have been quartered here for the last two weeks in “teacups,” tiny one-man pup-tents that sit in the mud. As I ride to a nice hotel in New Orleans with delicious heat blasting onto my frozen feet and into my frosty face, these guys are hunkering down for another evening of 5-star luxury under the invisible stars, in a place the Mississippi Tourism Bureau doesn’t feature in their brochures. And if tomorrow is anything like today, there will be no quarter, and no complaining.

If you want to feel good about the skilled trades, and the future of the country, reacquaint yourself with The Seabees. Or better yet, just say thanks. They’ll appreciate it. And if you’re looking for a comfortable corner office with reliable climate control……look somewhere else.”