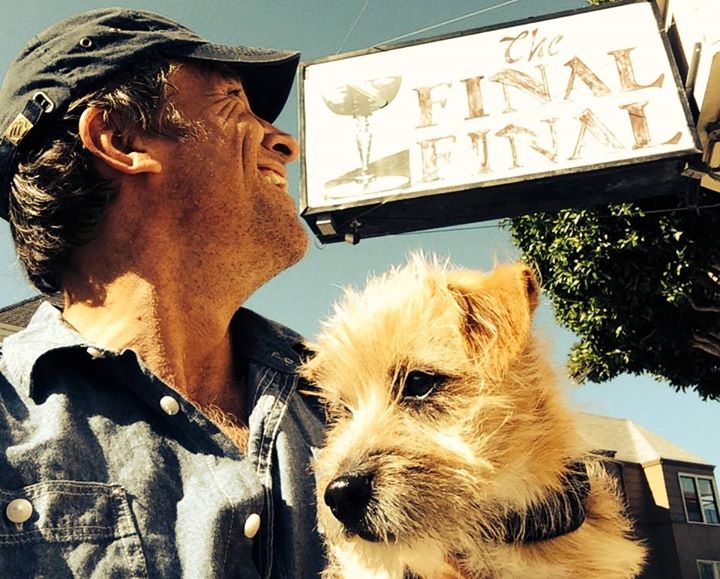 The biped likes this joint. I’m not sure why. The aesthetics are nothing to speak of, and the selection of frosty beverages is frankly, sub-par. Maybe it’s the fact that I’m allowed inside? Or maybe it’s the name? Yes, that’s more likely. The biped is a big fan of mindless repetition. He loves to tell me the same thing over and over again, as though I’m hard of hearing or obtuse.

Maybe one day he’ll realize that telling me do the same thing twice will assure the same result as telling me to do the opposite thing once. Then again, maybe he’s simply hardwired for redundancy? Perhaps the reptilian part of his brain saw “The Final Final,” and immediately sent a “thirsty-thirsty” message hurtling down through his spinal column and straight into his liver, or whatever organ now dominates his decision making ability?

Honestly, I have no idea what determines his course of action, but I suppose a random piece of signage makes as much sense as anything premeditated. What I can tell you with certainty is that lying on a sticky floor underneath a wobbly card table and watching His Majesty lose a game of billiards to a 22-year old coed is not my idea of a rocking Friday afternoon. But hey…at least they didn’t card me. That would have been really awkward.

Anyway – may your weekend be redundant and repetitive.