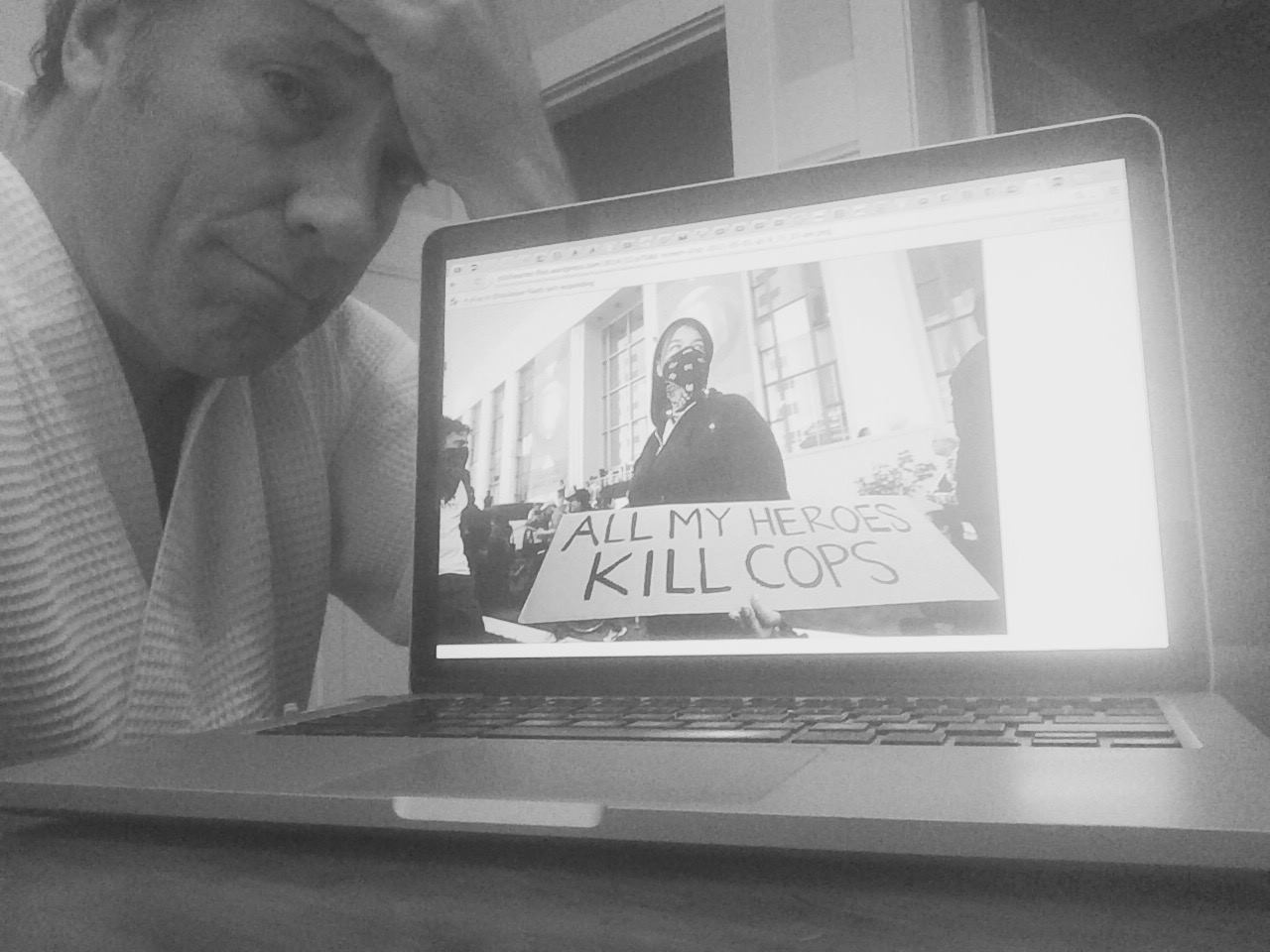 Hello Mr. Mike Rowe. I’m a big fan and also happen to work in the lower Haight as well as live in Alameda. I have to ask with everything that is going on in Ferguson, how do you feel about the protests in SF as well as the looting/rioting in downtown Oakland?

For once, I kept my mouth shut and listened as a roomful of decent people tore each others throats out. It was remarkable, because no one disagreed on the big points. No one disagreed that black lives mattered just as much as white lives. No one disputed that racial bias in law enforcement should be exposed and eliminated. In fact, no one disagreed about the basic facts surrounding each case. The breakdown happened over relevance and context.

My conservative friends were focused on the fact that both men died while resisting arrest, and were therefor responsible for their own demise. They wanted to discuss the killings in light of the incredible risk that all police officers agree to assume.

My liberal friends were focused on the fact that both men were unarmed, and were therefor victims of excessive force. They wanted to discuss the killings in the context of historical trends that suggest bias plays a recurring role in the way cops treat minorities.

By dessert, it was clear that both sides wanted law and order. But the conservatives were convinced that order is only possible when citizens treat cops with respect. Liberals, on the other hand, were arguing that order can only occur when cops treat everyone the same. And round and round we went. The chicken and the egg.

Later, on the drive home, I called a friend of mine back in Baltimore. He’s black, successful, and hard-working. He also resents the way he’s gotten swept into the zeitgeist of Ferguson. In his words, “I’m a pawn in someone else’s agenda, and I’m sick of it. I know what bias looks like in my life. I’m tired of being represented by two petty criminals who died resisting arrest.”

I hadn’t thought about it like that, but he’s got a point. The vast majority of black Americans have never broken the law. And yet, millions of lives are now entwined with the death of Brown and Garner. That’s not fair, but it’s hardly breaking news. Minorities are constantly stereotyped and the impression lingers. Looters and arsonists run amok, and Black America suffers the association. Now I’m trying to get my head around the fact that two cops are dead in Brooklyn, assassinated by a lunatic in “retaliation” for Ferguson and Staten Island. Unbelievable.

A few days ago, people were marching in the streets, literally calling for the execution of police. (“What do we want? Dead Cops!”) Others are standing by today, waiting to lionize the assassins who answer the call. These are not the champions of justice; these are the enemies of civilization, and it’s up to sensible people on both sides of the aisle to close ranks and shout them down. If we want to live in a nation of laws, we need to support the humans sworn to uphold them. They’re a lot of really great cops out there who have promised to do that very thing, including the one in my family. We’d be screwed without them.

To answer your question Meghan, I support peaceful protests, and I’m all for rooting out bad cops. But let’s not stop there. If we’re serious about saving lives, and eliminating the confrontations that lead to the demise of Garner and Brown, let’s also condemn the stupidity that leads so many Americans to resist arrest. I don’t care if you’re white, black, red, periwinkle, burnt umber, or chartreuse – resisting arrest is not a right, it’s a crime. And it’s never a good idea.

PS. In lighter news, it’s come to my attention that CNN will attempt to air a new episode of SGDI, tonight at 9pm Eastern. (Assuming we can get through a whole day without a riot, an earthquake, a terrorist attack, and Ebola outbreak, or a Zombie Apocalypse.)