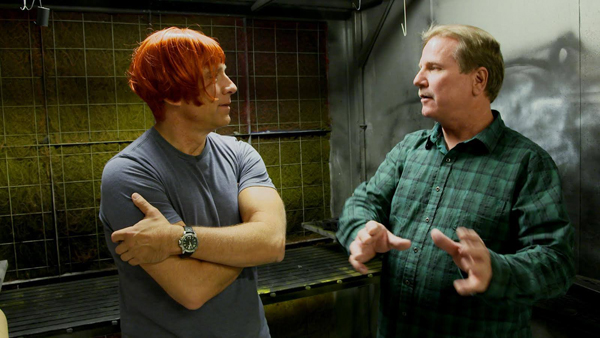 Time to thank a few of the “Somebody’s” from Episode 1.
First of all – Dale Hurt – a Las Vegas stagehand without equal. Dale is exactly the kind of person we’re looking to highlight – hard-working, modest, and absolutely driven to do what he does. He’s got the brain of an engineer, the heart of an artist, and the balls of a crab boat Captain. I’ve been around the theater all my life, and I’ve never met a stagehand with so much responsibility, and such a tireless passion for entertaining people. He’s extraordinary.

No less important though, was a character no one expected to meet – a PR guy named Richard. I won’t say that Richard stole the show, but his presence made the segment a whole lot more interesting. Why? Because never before in my career has a publicist made a TV show better.

Here’s the thing about PR – if I want to shoot behind the scenes at a show like Le Reve, I need access. If that access is granted, it’s because the PR person wants some free publicity. That’s the basic bargain that allows shows like mine to work. But when it comes time to actually shoot the segment, it’s always a little tense, because the kind of access I want is the “unlimited” kind, and the kind that’s usually offered is the “controlled” kind. Thus, the eternal struggle between guys like me, and guys like Richard. 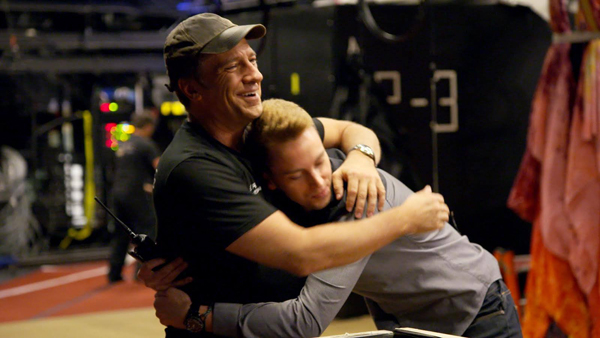 On the day of the shoot, Richard was understandably anxious. He hovered behind the cameras, clearly concerned that I was going to trip, fall, drown, or worse – say something irreverent about Le Reve, (The Dream, in French.)

Consequently, I had no choice but to ask Dale how often his performers urinated in the pool. This caused Richard to swoon, and quietly vomit into his hands. He then did what any good PR guy would do. He interrupted the scene and suggested I embark upon a new line of questioning.

This is where things got interesting. Taylor operates what I call The Truth Cam, and his job is simple – never stop rolling. At this point, The Truth Cam was focused on Richard, so I walked over and made him an offer – I promised to avoid all future references to peeing in the pool, if he agreed to stop running for cover every time we pointed the camera at him. This put Richard in a very unusual position. PR people don’t like to be on camera. Their job is to manage the situation from behind the scenes, and keep their client squarely in the spotlight. But on Somebody’s Gotta Do It, there are no scenes to hide behind. On this show, the spotlight swings all over the place.

I told Richard that if he was going to be with us all day, he was going to be on camera. There was no way around it. He demurred, courteously. I insisted, politely. I argued that SGDI relied upon transparency, and Le Reve depended on publicity. In that regard, isn’t Richard another guy whose “gotta do it?”

In the end, he didn’t have much of a choice. Taylor stayed with him like gum on your shoe. But as the day wore on, a funny thing happened – Richard lightened up. I think he actually started to trust me, which I appreciate. In the end, Le Reve got some great press, we got a great segment, and the viewer saw firsthand that Richard loves his job as much as Dale loves his. And without both of them being great at what they do, Le Reve really would be nothing but a dream. 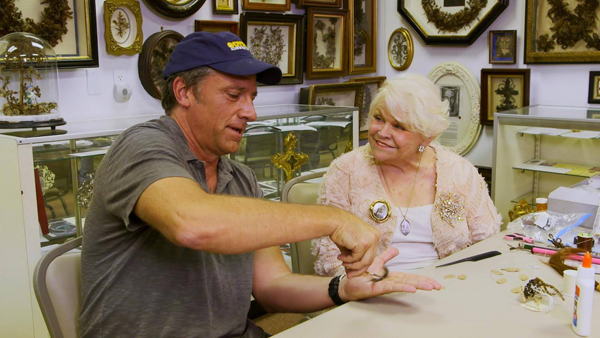 Finally, Leila Cohoon, sole proprietor of the one and only Hair Museum. There just aren’t enough nice things to say about this most unusual lady. So I’ll just say this – the premise for SGDI is based on my belief that our country is full of anonymous people that are interesting enough to occupy three acts of totally unscripted television. Leila Cohoon confirms that theory in spades. Like many of the people you’ll meet this season, Leila was brought to my attention by a friend of this page. I love that. No casting company in the country could have produced a better custodian of human genealogy through dead people’s hair than Leila. Magnificent.

Anyway, a big thanks to all, including the entire cast of Le Reve and Leila’s extended family, who artfully wiggled their way into a few frames. You were all delightful. Episode 2 is on tonight. It looks nothing like Episode 1. Among other things, this one involves burkas and neon…
Check it out. CNN, 9ish.