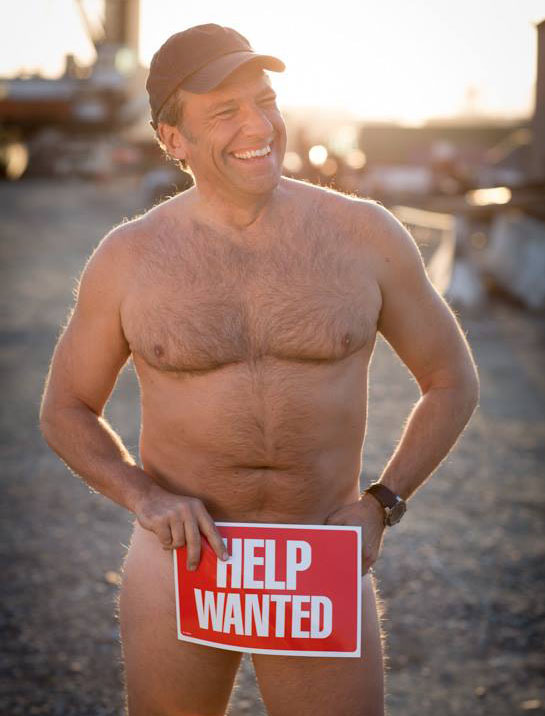 The Ice Bucket Challenge continues to roll along. Total contributions have now eclipsed $100 million dollars, and I must confess, I was rendered (temporarily) speechless by the response to my post last week. It’s been shared nearly 66,000 times, and read by over 8.6 million people.

Some are upset by what I wrote, and I’d like to respond to a few of those people. But before I do, I just wanted to thank you all for thinking and replying in such a thoughtful manner. Reading through 12,800 replies has been a thoroughly entertaining way to pass the time on a holiday weekend, and the perfect compliment to a pitcher of greyhounds on a sunny afternoon. And whatever your feelings may be about me, or this particular challenge, it’s really great to see so many people talking candidly about charitable giving.

And now, a few points of clarity, brought to you by…

“I would like to understand why it is ok for you to take off your pants for cancer, but not for anyone to dump ice on their head for ALS. What is the difference?”

Getting naked and dumping freezing water over your head are both fine ways to get the publics attention before you ask them for money. The only difference, is in how you ask.

Several years ago, I dropped my pants to raise money for breast cancer research. In that campaign, my Mom and I made the following statement – “Hey America – Instead of buying another pair of overpriced, designer denim, why not donate the cost to help find a cure breast cancer?” That was a simple, broad-based appeal directed to the whole country. No pressure. No deadline.

More recently, I posted another ridiculous photo of myself – mostly naked – posing with a Help Wanted sign, strategically placed. It was silly, (and no doubt disturbing to some,) but it reminded people that good jobs were still available to those who were willing to learn a useful skill. It also brought lots of people to my website, where I tried to engage them around the goals of my own foundation.

The Ice Bucket Challenge on the other hand, targets specific individuals, and puts them on a 24 hour clock. It calls people out by name in front of everyone they know, and dares them to take action.

Look at it like this – if you knew that the guy you were dating was about to propose marriage – and you weren’t really sure you wanted to be married – would you rather he propose privately, or on the Jumbotron at Yankee Stadium?

“I wish to offer a counter point view to your comment that more money for ALS means less money for other causes. In this case I don’t think it’s true because donations are coming from people who have never considered donating to any cause before. I think it may actually encourage people to donate more, by reminding us all of the power in our own small contributions which multiply and have a tremendous impact.”

That’s a very optimistic analysis, and I sincerely hope you’re right. But I’m skeptical. I’ve been thinking about an interesting phenomena called “moral licensing.” Moral licensing basically says that by doing something good or “moral” we often give ourselves sunconscious permission to act “immorally” in the future. A reward, so to speak, for behaving in a responsible or virtuous manner.

Moral licensing is used to explain all sorts of questionable choices. Motorcyclists who wear helmets tend to take more chances than those who don’t. People who take multi-vitamins are statistically more likely to take real-world risks with their health. Moral licensing is why the choice to drink diet soda or light beer often leads to a decision to eat more desert. It’s why shopping with coupons often leads to spending more money. Etc.

The effect of moral licensing on charitable giving is well-documented, especially among the group you mention – those individuals who don’t typically contribute to charity. Among that group, individuals who took The Ice Bucket Challenge are now exponentially LESS likely to donate to other causes. Why? Because a) they are not engaged with the underlying charity in a meaningful way, and b) they now believe (subconsciously) that they’ve already “done their part.” In this way, the decision to dump water over your head, becomes an expression of “virtuous intent,” and a perfect excuse to justify a future decision to NOT participate in other charitable endeavors.

Of course – I’m generalizing. But if my own character is any indication, moral licensing is real. Regardless, the whole thing is kind of fascinating, and worth googling.

“The point behind the Ice Bucket Challenge is that it doesn’t come in an envelope you can toss in the trash.”

That’s correct. And that’s why it’s problematic. It put’s people on the spot. My post was a response not only to those who Challenged me, but to hundreds of observers who were demanding to know if I was “too good” to participate. I would have preferred to have politely ignored them, but to your point, a public challenge is hard to dismiss.

“From what I’m seeing in the replies to this thing you’ve written, it seems that a lot of people are applauding your decision not to write a check. If you have a particular cause that you would give to, one that is nearer and dearer, just say so, and explain that you would rather give to that.”

I made no mention of any personal donation, one way or the other. I only said that I was not inclined to use my notoriety (such as it is) to publicly promote a charity that I can’t personally vouch for. I would not ask or expect 1.6 million people to follow my lead if I didn’t have all the facts.

As for my interest in other causes, I think I’ve been pretty transparent about what I support publicly. I have a foundation that funds scholarships and various advocacy campaigns for skilled labor and alternative education. I’m also publicly involved in several veteran causes. My personal donations I prefer to keep anonymous. But again – my problem with the ALS/Ice Bucket Challenge has nothing to do with ALS. Or the Ice for that matter. I’m just suspicious of shortcuts, and I object to putting people on the spot when soliciting them for charitable donations.

“Oh, and one more thing. Those who run the ALS Association on 1.9 mil a year are not someone’s hillbilly cousins who don’t know how to spend a dollar. They know how to stretch a dollar.”

It sounds like you know a lot about the ALSA. I do not. I do know they filed for a trademark on The Ice Bucket Challenge concept, and attempted to keep other non-profits from using it to raise money. That struck me as a bit grabby, considering the idea was not theirs to begin with. I can also tell you that their annual operating budget is about $20 million. The $1.9 million figure referred to the amount they raised the prior year over the same period. Regardless, let’s not drag the hillbilly’s into it.

“To compare them to unsophisticated lottery winners who blow their winnings is just wrong.”

I’ll disagree, respectfully. I don’t care how sophisticated they are – when $100,000,000.00 is raised this quickly, those who encouraged the contributions as well as those that made them should keep a close eye on how the ALSA manages the windfall. That’s not an insult to ALSA, that’s just responsible oversight. I hope this conversation helps foster more of that with all charities.

“And you, as a person of influence, could find out what they’re all about, and report THAT back to your readers.”

You’re right. I suppose I could also pour through the annual reports of hundreds of non-profit groups and report back to you with a detailed analysis of who I approve of and why. Or – I could publicly challenge you – Sandy Wischnewsky – to dump a bucket of fertilizer over your head or send mikeroweWORKS a check for $100 in the next 24 hours!

Being of sound mind – I wont be doing either. Because sensible donations from thoughtful people should always involve a measure of personal diligence. That’s why I’m careful about the charities I publicly endorse.

“You’re not putting the Ice Bucket Challenge in it’s place, you’re doing a huge disservice to those with ALS, and their families.”

Hopefully, I’m just explaining why I couldn’t accept the challenge. But if you haven’t read my original post, please give it a look. At least, re-read the last paragraph. You’ll see that your accusation has no basis in reality.

“The Ice Bucket Challenge is not just about the money! It’s purpose is to bring awareness to ALS and begin the conversation. Yes, there has been a huge monetary gain foralsa.org, but its also gotten millions talking about a disease with no cure.”

If that’s true, I can’t imagine why anyone would have objected to my original post. It’s already been seen by more than three times the number of people who have donated through the IBC. Pretty good for awareness, right? But what about engagement?

Awareness without engagement is like chewing without swallowing. Tasty, but not very satisfying, and not at all sustainable. Engaged donors are responsible donors. They research the disease, and do their homework on how their money is going to be spent. They become vested in the goals of the charity. Awareness on the other hand, is a pretty low threshold. Last I checked, it’s one click up from being awake.

Point is, engagement takes time, and I’m skeptical that The Ice Bucket Challenge could have raised $100 million in such a short period from donors who were truly engaged. I 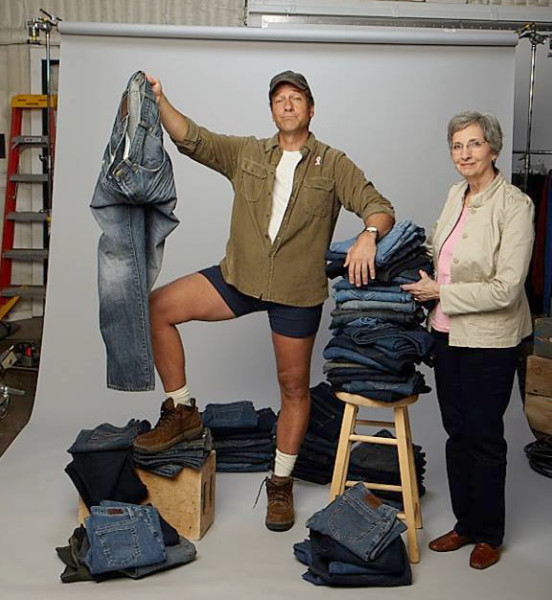 believe the money raised was the result of a brilliant marketing device – an ingenious shortcut that allowed people feel really, really good about supporting a charity without doing any meaningful homework. As to whether the ends justify the means, well – reasonable people can disagree.

“Boy, some of you folks are so easily bamboozled. Your praise for the eloquence and excellence of Mike’s self-serving rant is astonishing. For a marketer like himself to be criticizing the marketing of a charity is ludicrous. Have you ever put a penny in a Salvation Army kettle. I’m waiting for a criticism of THAT baby……………..Crickets.”

It’s true. I read all the comments, and the majority seem to agree with me. Try not to take it so hard though. This is after all, my Facebook page. Most of the people here probably like me. In the real world, I’m sure you’re still in the majority. Millions of people see nothing wrong with the IBC, and the results speak for themselves.

On the other hand – just because many of the people here share my reservations, doesn’t mean they’ve been “bamboozled.” Maybe they just agree that campaigns like this come with some unintended consequences? Furthermore, if “a marketer like me” is not allowed to question the underlying tactics of a campaign that solicits me directly, whom do you suggest I empower to speak freely on the matter?

As for The Salvation Army, I encourage you to contribute as many pennies as you can muster – as long as you understand who they are, what they are doing, and how they spend the money.