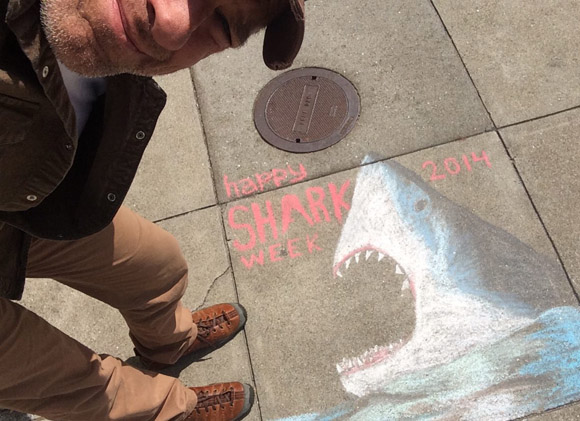 Raymond Sterner
August 12 at 7:30am ·
Mike, love your work, big fan, but I gotta say, I am so disappointed in Discovery channel yet again. The Shark Week premier left me nothing less than appalled. Not only did Discovery confuse young people by reporting science fiction as purported fact, but it made an endangered species look like a sci-fi channel sea monster who actively hunts people for food. It was irresponsible at best, horribly untrue at worst.

Kelly Sowers
Yesterday at 6:41am ·
Shark Week used to be educational. Now it seems to be focusing on “feeding” off the fear that people have of sharks instead of helping to cultivate an understanding or educate in how important they are.

Eugene Braig
Yesterday at 6:28am ·
As a professional fisheries biologist, I find it sad that the network that once aired the laudable Dirty Jobs, would allow its “Shark Week” to become a shameful, sensationalized, annual poop smear on its roster.

Erik Johnson
August 12 at 4:46pm ·
Curious to your thoughts on all the Shark Week controversy?

This may amuse you. I was at the Burbank airport yesterday morning, waiting in the cattle-chute for another Southwest departure, when a kid walked over to say hello. He looked a lot like Ron Howard, back in the Mayberry days.

“Are you Mike Rowe, he asked?”

“My name’s Kenny. I just wanted to say that Dirty Jobs is the best show ever.”

“Thanks Kenny. I thought it was pretty good too.” Kenny looked back at his Dad, who nodded encouragement.

“Can I ask you a question,” said Kenny?

“I was wondering if you’ve ever seen a Megalodon?”

“No, Kenny. Megalodon is extinct. It hasn’t been around for nearly two million years.”

“What about the Submarine shark? That was real, right?”

The father seemed pleased but a little sad to hear me say this, and I realized I was probably confirming what he had told his son earlier. Then Kenny asked another question.

“So, what about the people on Dirty Jobs? Were they actors too?”

“Absolutely,” I said. “We never used actors on Dirty Jobs, and we never made things up. That’s what made it special.”

“Me? No. Not really. I’m more like a host.” The father cleared his throat and leaned in to clarify.

“Kenny saw you on “Last Man Standing.” With Tim Allen. He thought you were very good.” 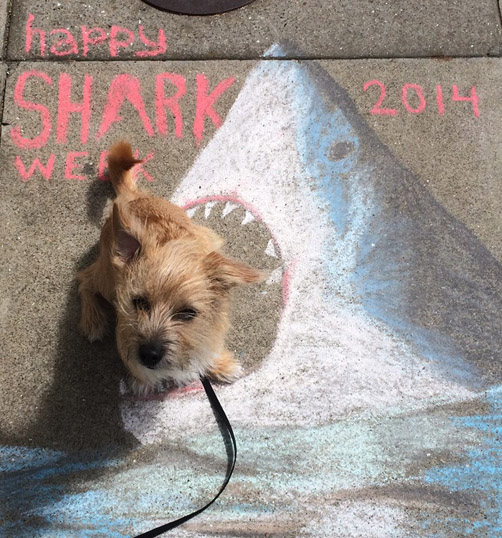 “Oh. Well…that’s different. Once in while I might take an acting gig. But “Last Man Standing” is a scripted show. Dirty Jobs is an unscripted show. The difference is really important.”

“What about commercials? When you talk about Chevy trucks, are you acting or being real?”

“Actually Kenny, those were Ford Trucks. But to answer your question, I was being real.”

“What about those paper towel commercials. Are those people your real parents?

“Of course they are. But look, Kenny, commercials are very different from TV shows.”

“Well, advertisers have to tell the truth. It’s the law. But the actors in the commercials don’t necessarily have to agree with or believe everything they’re told to say. That’s what acting is. You get paid to say someone else’s words in a convincing way.”

“So do you believe every single thing you say in a commercial?”

This kid was going to be a fantastic attorney one day.

“Well, yes. As a matter of fact I do. But I didn’t always. When I was just getting started, I said all sorts of things on television that I didn’t really believe.”

The plane was starting to board, and my group was shuffling forward. But Kenny stuck with me. Like a piece of gum on my shoe.

“That’s a good question, Kenny. Sometimes, it’s hard to know whom to believe. All I can tell you for sure is that Dirty Jobs was the real deal.”

“Ok. Thanks. But what about The Deadliest Catch? Are the waves really that big? Are the boats really on the ocean? Do people really get hurt and die? Or is everyone just acting, like they were on Shark Week?”

I looked at Kenny’s father who gave me a shrug. Kids, right?

“Look Kenny, here’s the deal. I know the guys on those crab boats. They do a very dangerous job. Sometimes they get hurt, and sometimes they die. But sometimes, we make things look more dangerous or more exciting than they really are. Sometimes, The Bering Sea is so calm it looks like a duck pond, and sometimes, life on a crab boat is really, really boring. We don’t show you those things. We only show you the things we want you to see. That’s the way television works. The truth is more important in some shows than it is in others. On Dirty Jobs, it was very important.

Kenny reflected, and then summed it up for me. “So, when I see you on TV, or hear you narrating a show, you might be telling me the truth, or you might be acting. Is that right?”

Trust is a fragile thing. The more you demand it, the less likely you are to get it. So I just said, “Yeah Kenny, that’s about the size of it.”

Seemingly satisfied, Kenny turned to go, but then reconsidered. Like Columbo, he had one final query. “Hey, you’re an Eagle Scout, right? Aren’t you supposed to always tell the truth?”

e agent was taking my ticket, so I just waved goodbye to young Mike Wallace, and walked to the jetway. I thought about our exchange on the flight home though, and vowed to address this whole business of Shark Week head-on. On the plane, I prepared a lengthy response to your questions that included my thoughts on brand dissonance, personal integrity, and the changing definition of non-fiction in modern day television. But then, when I got out of the cab, I saw that some neighborhood kids had left me a welcome home message on the sidewalk in front of my apartment. All things considered, it made me laugh.