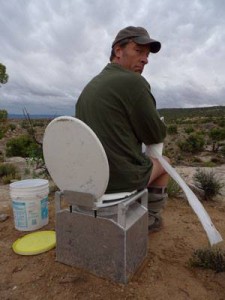 – Last week, I did the voiceover for a commercial that announced Walmart’s commitment to purchase 250 billion dollars of American made goods and put them onto their shelves.

– This Saturday, the commercial ran during The Olympics, and people started talking. Some of the talk wasn’t very pretty.

– Sunday evening, I opened a bottle of Whistle Pig, and responded to a few of my detractors. I attempted to clarify a few things. By midnight, the Whistle Pig was badly depleted and I was very sleepy. So I hit “post,” and went to bed.

– Several hours later, I woke up to use the bathroom. (Sad, that I had to. Glad, that I woke up first.) On the way back to bed, I saw that my laptop was still open. I glanced at this page, and saw that over a million people had read your questions and my answers. Holy Crap.

The next morning, I awakened to the kind of chaos that simply wasn’t possible before social media. No less than a dozen requests from various news outlets asking me to appear as soon as possible. Urgent messages to return calls from people I didn’t know. Angry messages from certain acquaintances. Lots of encouragement from unexpected sources.

I was tied up all day, and unable to respond to the media requests. But the press waits for no one. Articles about our little Q&A began to pop up everywhere. There was this – Mike Rowe Touches the “Third Rail” of Retailing: Walmart

And this – ‘Who Gives a Crap About Your Feelings Towards Walmart?’: Mike Rowe’s Fiery, 2,648-Word Response to His Recent Haters

That brings us to the present. 4,000 comments and counting. I’ve read them all. Thanks. And since you’re still reading, allow me to free-associate a bit further. Because if the press is still interested in this topic next week, I’ll fly to NY and make the rounds. Consider this a rehearsal of my talking points. As always, your suggestions are welcomed.

– I’m not a spokesman for Walmart. I narrated a very specific commercial because I’m a fan of what Walmart is trying to accomplish with this particular initiative. In the interest of full disclosure though, I really do shop there. In fact, for nearly ten years, Walmart was my first stop whenever Dirty Jobs came to town. (I typically don’t pack a bag, so Walmart was the best place for affordable clothing that would most likely be badly abused and left in behind in a smelly bathtub with a note of apology and $20 for the maid.)

– The mikeroweWORKS Foundation is in the business of partnering with any company that want’s to see American manufacturing revitalized. If Walmart asks me to do more commercials like this, I will. Likewise Ford. Or Chevy. Or Lowe’s. Or Home Depot. Or George Soros. Or The Koch Brothers. Or The Sultan of Brunei. I really don’t really about where the investment is coming from, as long as it’s getting the US back to the business of making things. Because there is simply nothing more important to the future of the country.

– It’s a hell of a thing when someone you really don’t like suddenly does something that you actually agree with. At base, I think that’s what’s happening here. A lot of people who have fallen in love with hating Walmart are now wrestling with what the shrinks call “cognitive dissonance.” Regarding a 250 billion dollar investment in American manufacturing, the choices are simple – a) continue to condemn them for whatever you like to condemn them for, b) offer support and encouragement, or, c) shoot the messenger.

– This whole dust-up is a small but instructive example of what’s happening in our country today. Those who dislike the President struggle to give him credit when he does something they personally agree with. And those who support him, hesitate to oppose him when they personally disagree. So it goes with Walmart. Watch the guy on CNN (Marc Lamont) in the above link. He simply can’t address the importance of revitalizing our manufacturing base without reframing the whole conversation into a polemic against the thing he’s been trained to despise. It’s simply too hard for him to say, “Good for Walmart. I hope they succeed in this endeavor. Period.” While he gives me “the benefit of the doubt,” he still believes I’m fundamentally “wrong” for supporting their initiative. Why? Because Marc doesn’t see workers and employers as two sides of the same coin. He sees sees them as enemies.

– People are asking how the “champion of the working man,” (their words, not mine,) can support a big company like Walmart? This goes straight to the heart of the problem. Because it’s a question designed to insight a fight. We’ve become adept at putting people into boxes and assigning labels that reduce individuals to a single dimension. Thus, Democrats must behave like Democrats. Republicans like Republicans. It’s expected. If you wander too far afield, you’re labelled a “sell-out.” A “Rino.” A “Scab.” And so forth. Consequently, if the “champion of the working man” fails to burst into a chorus of “Look For the Union Label,” the country is suddenly confused. They shouldn’t be. Because the truth is, I’m a big fan of the American Worker. I’m just a bigger fan of America.

– Today, our expectations inform the narrative, and the narrative confirms the stereotype. That’s gotta stop, because the world’s a hell of a lot more complicated than a sound bite from a sycophant with an axe to grind, or a question from a host who’s looking for a fight. Remember, people will usually find what they look for. On Dirty Jobs, it’s easy for a union member to see a program that celebrates skilled labor and hard work. But it was just as easy for a business owner to see a tribute to risk and entrepreneurship. In truth, Dirty Jobs was an equal measure of both. Unfortunately, such complexity is far too nuanced for the debate we’ve been trained to expect.

– Am I a “sell-out?” You’d better believe it. That’s the whole point. Every time I buy something or eat something that’s made or grown elsewhere, I’m rewarding behavior I’d prefer to discourage. But – like millions of other Americans – what can I do? This is the cost of the global economy. We brought it on ourselves by voting with our dollars. We narrowed our options, and now the choices are very, very skinny. But again, when big companies start reversing the trend by investing in American suppliers, we have a choice. We can congratulate them. Or we can crucify them. Personally, I’m going to support the behavior I want to encourage.