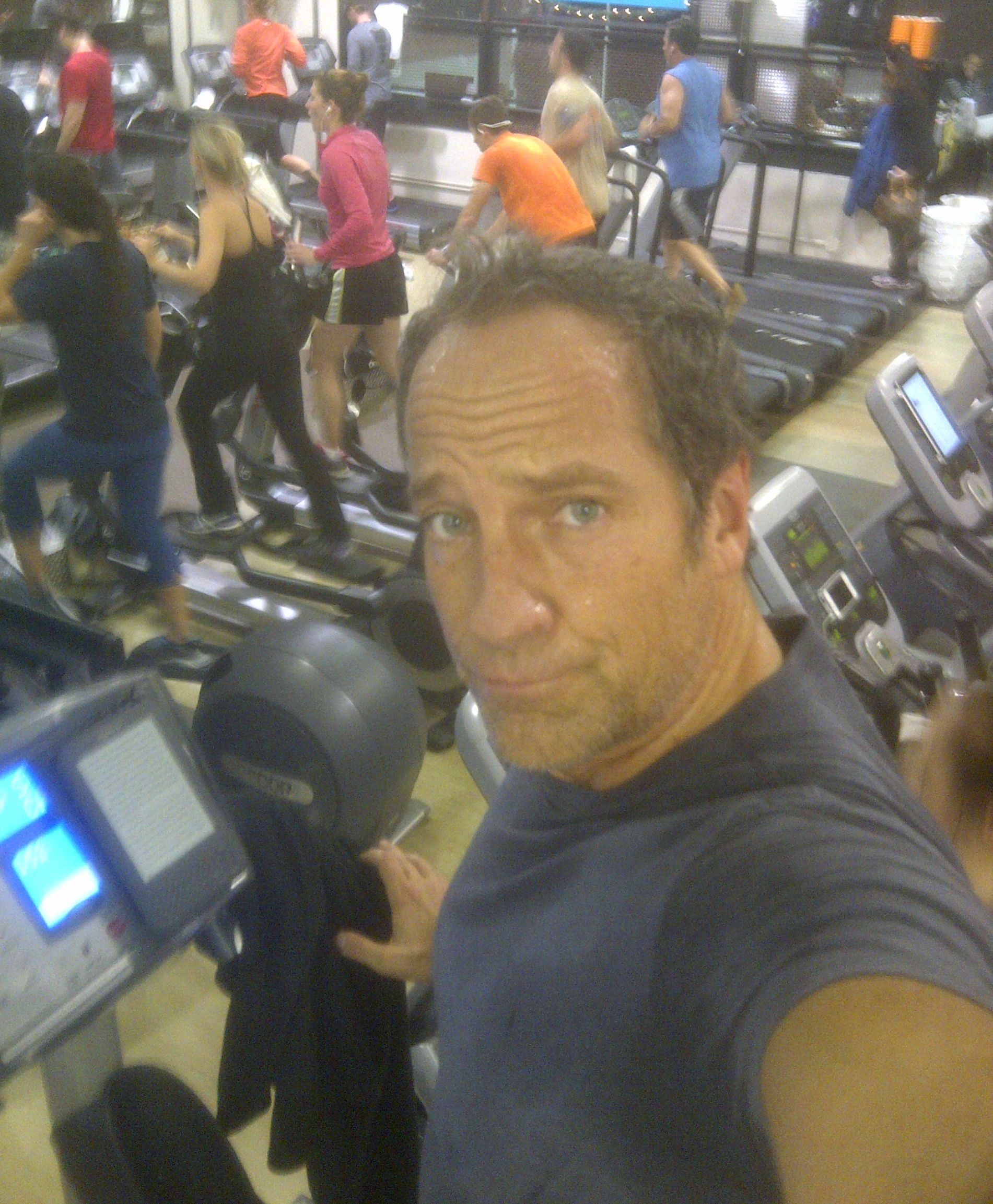 I just ran across The Golden Gate Bridge, and tomorrow I will surely pay for it.

This was not my plan when I left the house two hours ago. My plan was to stroll down to the neighborhood gym I’ve been frequenting for the last 10 years, throw some weights around, and jog a few miles on a nice, soft treadmill while reading a few chapters of Melville on my new Kindle. Alas, that was not to be. Now, as I sit at home by the fire, replenishing my electrolytes, I can’t help but think of Joseph and Mary, searching for shelter on that cold night those many years ago. For I too have been on the road, my friends. And I can assure you all that there is no room at the gym.

As I write this, a legion of grunting and unfamiliar faces have overrun my gym. Coaxed from their cubicles and their sofas by the siren song of rock-hard abs, they have resolved to make a change in the new year, and thus descended upon my preferred place of exercise like an army of locusts, swarming over everything in sight. In the free-weight room, they are jammed in like sausages, wrapped tightly in casings of brightly colored Spandex that threaten to burst at the seams. Many are accompanied by personal trainers whose idea of motivation consists of counting backward from 10 with an urgency and enthusiasm more in keeping with an Apollo blast-off. Others shuffle aimlessly from the lat machine to the bench press to the water fountain and back, pausing here and there to ponder the mysteries of barbells and jump ropes while bumping into everything around them. Like the titular stars of The Walking Dead, they are bereft of situational awareness. They flail about on exercise balls that pancake outward beneath their holiday heft, and leave sweaty trails on everything they touch. They are slugs, a menace to themselves, and a hazard to those around them. And they have transformed my little gym into a nexus of false hope, an overcrowded boulevard of broken dreams packed tight with the Soft and Fleshy, now resolved to reverse a lifetime of sloth at my expense.

Maybe I’m taking it too personally. Maybe after a Dos Equis or two, I will pity them. Perhaps after a third, I will actually wish them well in their quest for fitness. But I doubt it. Because I know something from 30 years of gym memberships. I know that this time next month, when the groundhog is looking for his shadow, these people will all be back on their sofas. And tomorrow, when the consequences of my Golden Gate jog has me limping through another day, I will surely curse them anew. In the meantime, I will take this opportunity to make a promise of my own.

I, Mike Rowe, do hereby publicly pledge to avoid the gym for the entire month of January, and husband my strength for a healthy and vigorous February.

Call it … a resolution.