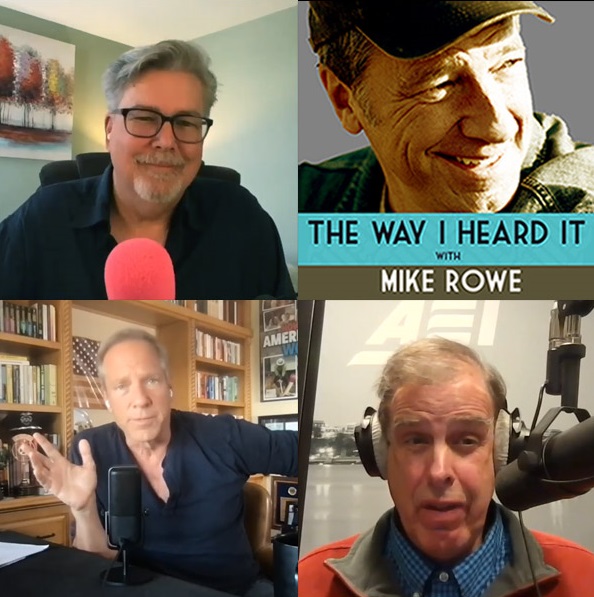 Nick Eberstadt is a political economist and Harvard grad with lots of accolades and many academic accomplishments. I won’t list them all, but suffice it to say he’s the real deal. Nick has also written a number of excellent books, one of which I was delighted to learn confirms my long-held views about America’s flight from work. The book is called Men Without Work, and it was first published in 2016, when Nick first began to see a shocking number of healthy men in their prime working years, exit the workforce. He’s just released an updated version of his book, and for good reason. Since the lockdown, the underlying problem has been exacerbated exponentially.

Today, the number of able-bodied men who have affirmatively elected to not work is north of 7 million. These are not men who can afford to support themselves. Many are addicted to pain medication. Very few – according to their own responses in exhaustive surveys – contribute to their household, or to their community. The do not attend church, and they do not participate in civic organizations. They do not exercise. What they do, mostly, is play. As Nick explains in this episode, these men spend an average of 2,000 hours a year on screens.

I was fascinated by our conversation, and troubled. We have nearly 11 million open jobs in this county, and no one seems willing to do them. That’s never happened before. Not in peacetime, anyway. The unemployment rate, (which still matters, but not nearly as much as it used to,) has nothing to do with the labor participation rate, and it’s kind of appalling, in my opinion, that so many pundits and politicians go so far out of their way to ignore the vast numbers of people in this country who have simply chosen not to work. They matter, and their impact on our economy is enormous. Nick has the courage to spell it all out, and I encourage you to give him a listen. His book, incidentally, is excellent, and also worth your time.