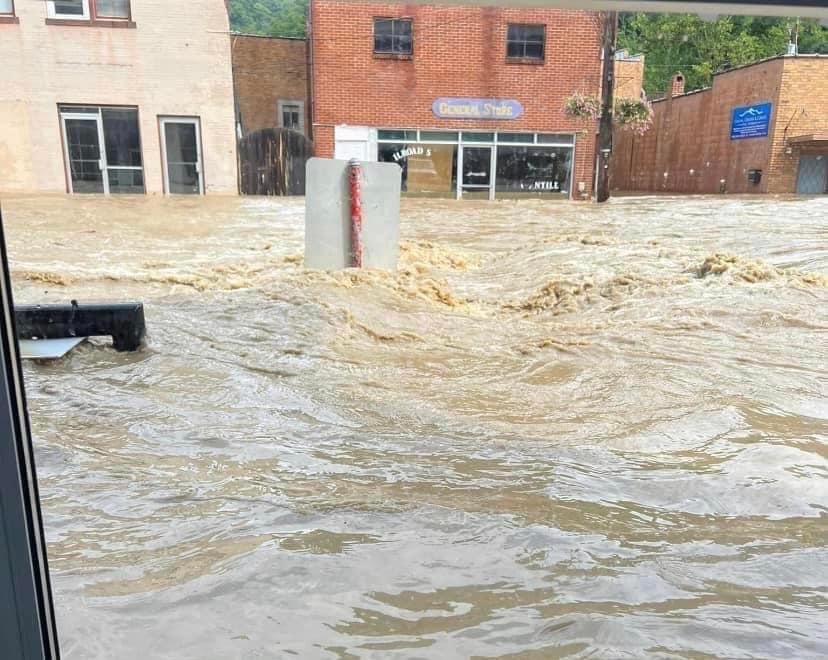 My friend Zach Hall, the gentle giant who many of you know from Dirty Jobs, lives in a holler in Southeastern Kentucky called Hollybush. I’ve never been there, but whenever he talks of home, he paints a very pretty picture, and usually makes himself weepy. When Zach writes to me – usually with show notes and ideas for new stories – he never signs off as “Zach.” He prefers to identify himself as “Your Favorite Hillbilly,” which is both funny and true.

Anyway, I got an email from Zach early this morning, along with some attached photos. As you can see, The Troublesome Creek which runs through his backyard has more than lived up to its name. Last night it jumped its banks and completely decimated Hollybush. From the email…

“These things happen, Mike. Flash floods in the mountains are not unheard of. But they’re usually isolated to one holler or area. This was different. Our whole region has been wiped out. Power, water, cell service, phones, everything. It’s all gone. People still can’t contact their loved ones. Friends and neighbors were fleeing their houses, literally running for higher ground through the night, just to sit there on a hillside and watch their home get washed away. We’ve already lost seven members of our community, 2 of which are little babies and 2 of their siblings are still missing. 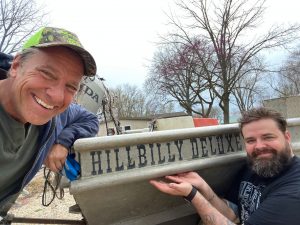 It’s hard to know what to say publicly in the wake of a tragedy like this. Usually, I don’t say too much, because if I did, this page would quickly become a repository for all the trouble in the world, and that’s not what I want this page to be. But sometimes, when the connection is just one degree away, it’s impossible to post another amusing anecdote or some terribly clever meme. From his email… 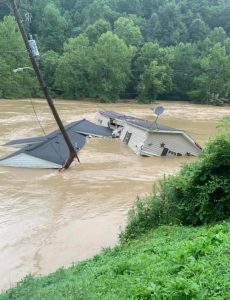 “I hate to bother you with this, but I hope you understand what a huge inspiration to the hardworking people who come from the coal regions of Eastern Kentucky. The only option they’ve ever had is back breaking work to provide for their families. They didn’t have a lot to start with, but now they’ve got nothing. Well, I love these people, Mike, and I know it’d mean a lot if they knew that someone they admire was in their corner. A word of encouragement would go a long, long way. The task ahead is big, but the strong heart of the mountain people is bigger.

That was the email I read this morning on the way to the airport, and this is my message to the people of Kentucky, from a plane headed to Denver – Take heart.

Take heart, not because a guy you’ve seen on TV has you in his thoughts and prayers, (though you may rest assured, he does.) Take heart because people like Zach Hall walk the earth. People who will never abandon you, never take you for granted, and never forget where they came from. People who are scrambling right now to locate their own family – but still worried about you and yours. People who stick together when the chips are down and come together when hope 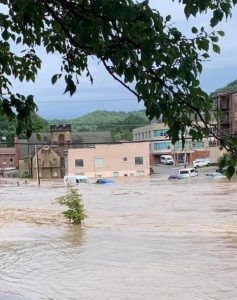 seems lost. Those people are with you, too. Their numbers are larger than you think, and their hopes and their prayers are real. I do hope you’ll take some comfort in that.

Of course, as the attached photos attest, you’ll be needing more than thoughts and prayers in the coming days. I asked Zach if there was a local organization he trusted, and he suggested a few. I’ve listed them below. No pressure, but if the rest of you are inclined to help, consider yourself officially invited to do so. My favorite hillbilly would be much obliged, as would the good people of Eastern Kentucky.

100% Donations for purchase of shirts