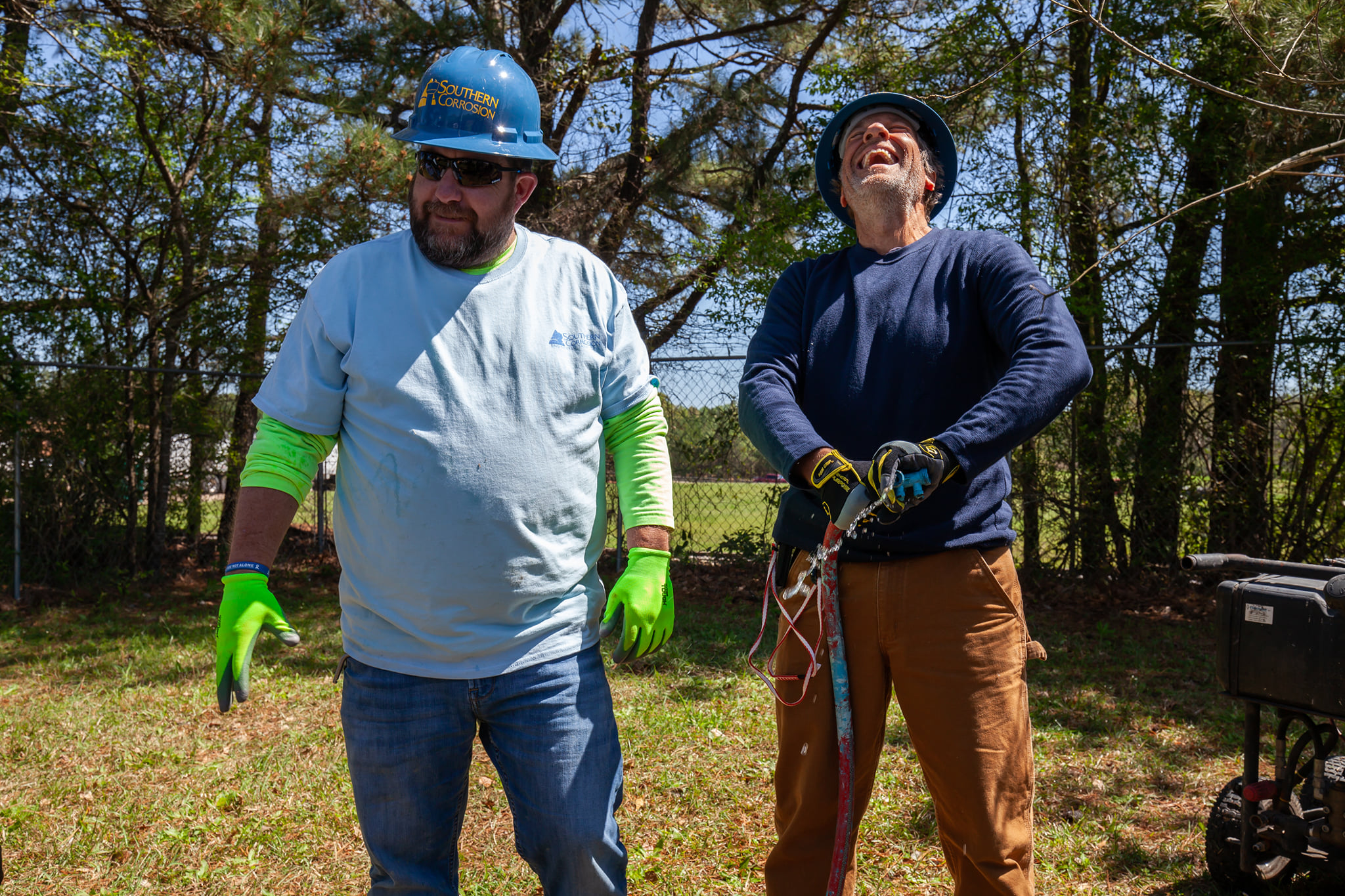 Lots of questions about last night’s show, wherein I got a look at the inside of an upside-down tugboat, and a rare opportunity to climb a 240-foot water tower for the purpose of power-washing the inside. I’ll answer a few of those questions later. For now, though, I just want to express my condolences to the family of George Brooks Jr., and the guys at Southern Corrosion.

George was my “boss” on the second segment of last night’s show, and the primary reason we were allowed to clean the aforementioned water tower in the great city of McGee, Mississippi. It was another eye-opener in the wide world of dirt, made all the more memorable by another unforgettable foreman. Sadly, George Brooks Jr. died back in September, a few months after we filmed the segment, and a few months before it aired. 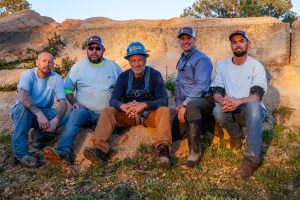 Over the years, I’ve said goodbye to more than a few Dirty Jobbers who welcomed me into their place of work. Thanks to hundreds of reruns, many of these men and women went on to become fan favorites and lived to enjoy a certain amount of celebrity – and ribbing – in their industry. Never before though, have I worked with someone who died before their episode aired, and I must say, watching last night’s show left me with a unique mix of gratitude and sadness. Grateful for the chance to meet and work with a man like George, and sad that he didn’t get to see the finished product. I think he would have liked it.

I didn’t really know him, of course. We only spent one day together. But the George I met was the kind of guy you feel you’ve known for ages. He was funny, unassuming, and matter-of-fact. He possessed the kind of charm that sneaks up on you, along with a genuine concern for his men Trust me, a film crew working in a hazardous location can be a recipe for disaster, and George – though often bemused and maybe a bit uncomfortable with all the attention – never took his eyes off the men in his crew, or mine, making sure we proceeded as safely as possible. 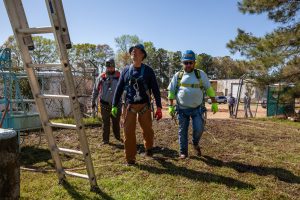 Regarding his career in water tower maintenance, I got the sense he knew he was past his prime, closer to the end than the beginning. Half-way up that 200-foot later, each of us huffing and puffing, I said to him, “How many times do you look around and say, ‘I’m getting too old for this shit.’”

Thing is, he chuckled when he said it. He chuckled the way you do when you’ve been at the same job for 34 years – an essential job that you love, but that most people don’t even know exists. A dangerous job that takes place day after day, hundreds of feet in the air, out of sight, and out of mind. He chuckled the way you might when you know that part of the reason you’re still on the job – three and half decades later – is because it’s damn near impossible to find people willing or able to replace you. 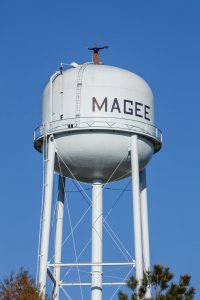 Thus, George Brooks, Jr. was still at it when I met him. Still climbing the same ladders he’s been climbing for decades. Still getting the job done, still looking after his crew. Still putting one foot in front of the other.

I was glad to meet him, and glad to introduce him to America. I’ll think of him, next time the tap water runs from the faucet, clear, cold, and clean enough to drink.