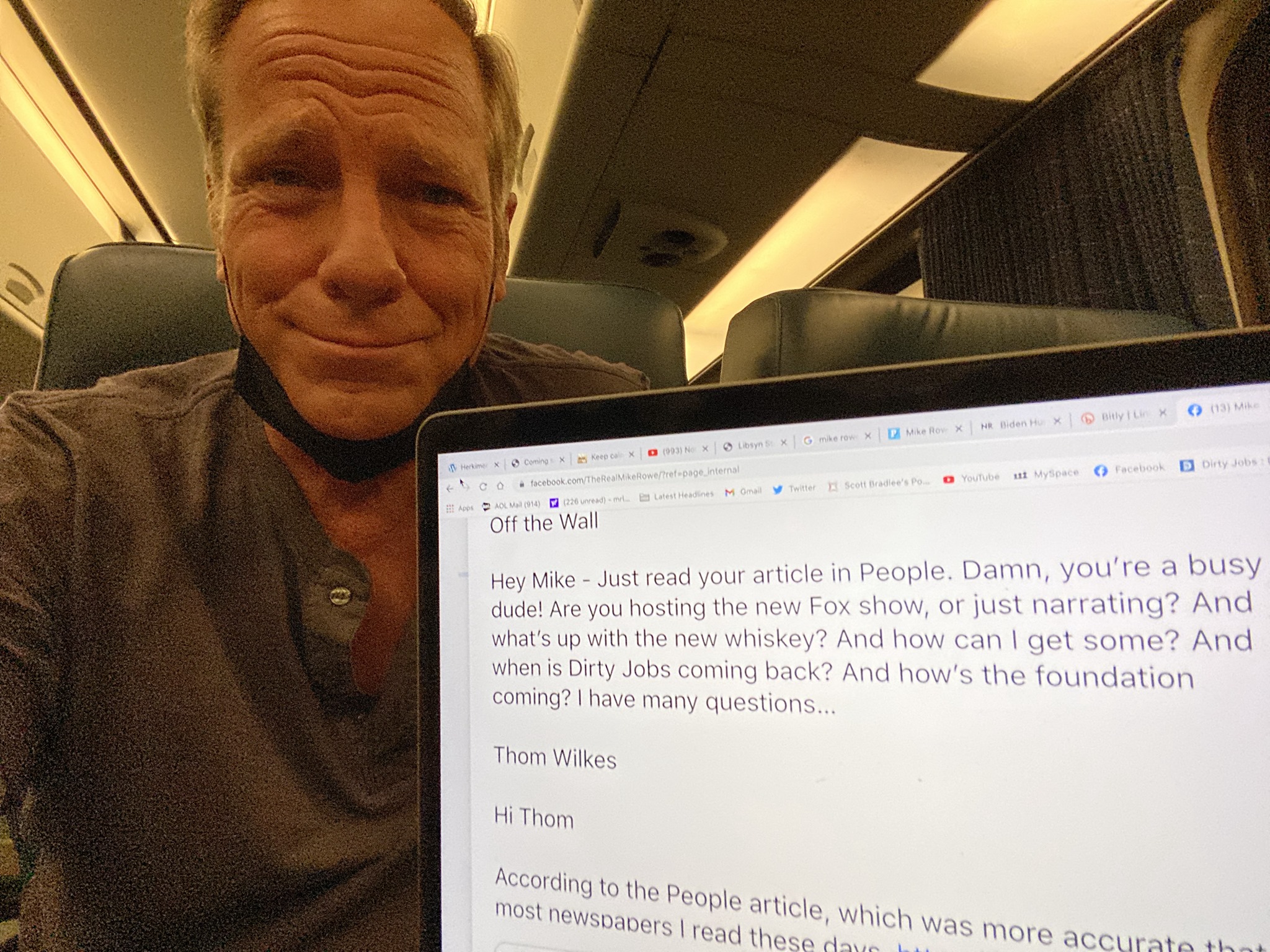 Hey Mike – Just read your article in People. Damn, you’re a busy dude! Are you hosting the new Fox show, or just narrating? And what’s up with the new whiskey? And how can I get some? And when is Dirty Jobs coming back? And how’s the foundation coming? I have many questions…

According to the People article, which was more accurate that most newspapers I read these days, https://bit.ly/2Xvp8pM yes – I’m the narrator and executive producer of a new show for Fox Business called How America Works, which premiers tomorrow night, Monday the 20th, at 8pm. It’s very good, and best of all, it totally lives up to its title. Each episode provides an honest look at ten critical industries that keep America on its feet, through the eyes of the people who do the work. In fact, I’m headed up to New York right now to promote the snot out of it all day tomorrow, so apologies in advance for another relentless assault on your senses. 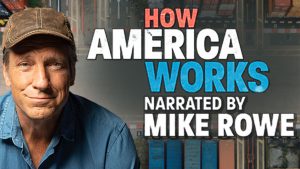 Dirty Jobs, on the other hand, still requires my services on camera, and still seems determined to kill me. Super excited about six brand new episodes premiering later this year. Not sure when, probably late October. I’ll know more in a few weeks. For now, I can only tell you the shows look great, and while rod-busting is the hardest construction job there is, carving the Crazy Horse monument kicked my ass properly. 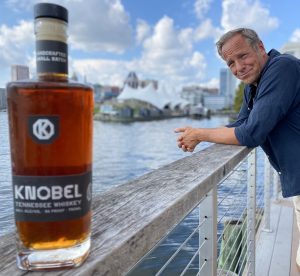 As for the hooch, it’s a Tennessee Whiskey, nearly five years in the barrel, and very tasty. I named it in honor of my grandfather, the late, great Carl Knobel, whose incomparable work ethic inspired both Dirty Jobs and the mikeroweWORKS Foundation. I just got the first case yesterday and took a few bottles to Baltimore to see what my friends in the restaurant business thought of it. Happily, they gave it five stars. I should mention too, that this is a very limited run, and the net proceeds go to mikeroweWORKS, which I’m happy to say is also going full steam ahead.

As many of you know, I raise money for MRW in a lot of different ways, and we just awarded another million dollars to the next generation of skilled tradesmen. This year, with Dirty Jobs returning, I thought it might be fun to do something in honor of my Pop, whose unusual last name – Knobel – died when he did. We’re putting a gift package together for the holiday, featuring a signed bottle of Knobel and some other goodies. If you want to be contacted before it’s made available on this page, go to 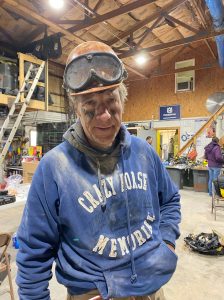 Mikerowe.com, scroll down to the bottom of the page and register for an update under All Things Mike. It’ll be first come first served, and they’re gonna go fast…

See you on the tube,