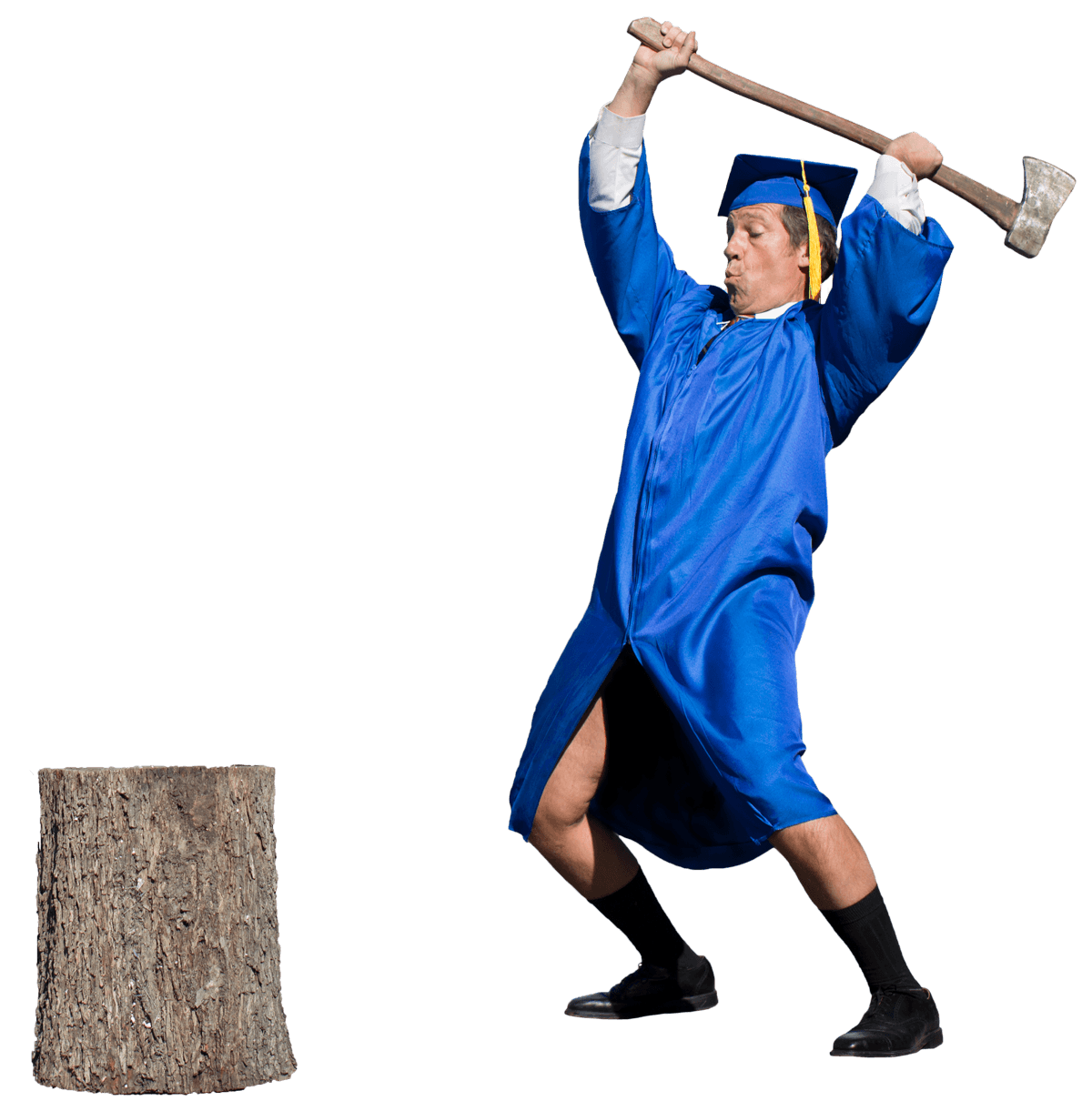 Bernard Moitessier writes…Three College graduates get jobs on TV. One went to Harvard, one to Cornell, and one to Towson University. All three spend a lot of time and energy telling their followers not to go to school, because it’s a waste of money.  None of them would have their jobs without a degree. None would be famous. Don’t merely follow their examples (of going to college) rather than their punditry (advice to not go). Instead realize their all worthless blowhards. Over-credentialing is being driven by employers not students. If you listen to college-educated pundits and avoid schooling, then you’re not beating the system you’re getting left behind. Bill Maher Ben Shapiro Mike Rowe

I won’t attempt to speak for my fellow graduates – Bill Maher and Ben Shapiro are more than capable of defending themselves, should they choose to do so. I will only point out a few flaws in your gentle rejoinder to my previous post, specifically, with regard to your attempts to predict the future, rewrite the past, and mischaracterize the present.

First of all, it’s puzzling how you can be so sure that I would not have the job I have today without a college degree. I’m not saying you’re wrong – way leads on to way, as the poet once said, and my time at Towson certainly helped put me on the path that led me to where I am today. But what exactly does getting an education have to do with purchasing a degree? And how could you possibly know that I wouldn’t be famous without one?

In my industry, you get hired for lots of reasons, but diplomas and degrees are not among them. No casting director ever gave a damn if I could quote Robert Frost, and no network executive ever asked about my thoughts on the Aristotelian definition of a tragedy. I’m where I am today for many reasons, chief among them, my parents. John and Peggy Rowe encouraged me to be curious in all things, and convinced me to venture outside my comfort zone. After high school, I went to a community college, not to earn an AA degree in English, but to expose myself to new ideas and potential vocations. (At $26 a credit, I could afford to experiment!) After that, I went to Towson, not to earn a BS degree in communications, but to learn more about the areas that interested me. Specifically, public speaking, creative writing, acting, singing, and philosophy.

In other words, the degrees were never the goal, Bernard. They were just a symptom – the paperwork that accompanied the receipt for a liberal arts education that cost a grand total of $11,000. Not an insignificant sum in 1984, but with my dad’s help, manageable. Today though, the same course load from those same institutions would be nearly $90,000. And that’s a lot to ask from a kid who doesn’t know what he wants to be when he grows up.

At some point, like two roads in a Frostian yellow wood, cost and value diverge, and reasonable people start to question the wisdom of assuming a debt that will take decades to repay. My foundation exists today, because lots of eighteen-year-old high school graduates are being pressured to borrow whatever it takes to get the magical degree that you and so many others believe is the key to their success. That stubborn belief, along with a bottomless well of easy credit, has allowed universities to charge whatever they please, even as the skills gap continues to widen, and the total outstanding loans exceed $1.6 trillion. That doesn’t mean we have to make college “free for everyone,” especially by compelling taxpayers to cover the cost. It means we have to find new and better ways to prepare more people for the road ahead. The road not taken, if you will.

Secondly, in spite of the unconscionable cost, I have never “advised” anyone to “avoid schooling.” It’s true that I’ve encouraged people to avoid debt, but that’s a very different thing. Fact is, I’ve been crystal clear on this point – a worker with no desire to learn new things or take responsibility for their own edification, has no hope of prospering in today’s economy. For that reason, I’ve tried to encourage people to evaluate ALL of their educational options, especially those that require the mastery of a useful skill. Nowhere have I ever said or implied that education isn’t critical. It absolutely is. But again, when did an “education” become synonymous with a college degree? When did the best path for the most people become the most expensive path?

The answer I think, is when society began to perpetuate the belief that millions of viable opportunities that don’t require a degree, are somehow subordinate to those that do. This is why we have persistent shortages in the skilled trades today. The myths and misperceptions that discourage people from considering a career in the trades are truly mind-boggling. So too, is the pressure we put on kids to borrow vast sums of money to purchase a diploma. That’s the essence of the problem. Sure, over-credentialing is exacerbated by employers who are besotted by candidates with degrees from the Ivy League. But the employers and students you refer to are all downstream of culture, and for the last forty years, our culture has actively discouraged kids from taking any road that doesn’t lead directly to a degree. And your comments, Bernard, reflect that culture perfectly.

Finally, I’m curious about something – do you really believe the current cost of a degree is justifiable, or do you simply believe that I’m not qualified to criticize the cost because I already have one? Consider your final sentence.

“If you listen to college-educated pundits and avoid schooling, then you’re not beating the system you’re getting left behind.”

A casual observer, (or even a worthless blowhard,) might assume that your problem is not with the underlying argument, but rather, with the people making it. Be honest – would you find Bill Maher, Ben Shapiro, and Mike Rowe more persuasive if our arguments were articulated by a “non-college educated pundit?” Or better yet, by a non-famous skilled tradesperson who applied for and received a work-ethic scholarship from mikeroweWORKS, went on to master a useful skill, and then prospered as a result?

If so, I can introduce you to over a thousand such individuals, many of whom now make upwards of six-figures a year with not a penny of student debt to repay. They would be happy to explain, by way of example, why your attitude is so fundamentally misguided, and your comments so profoundly unpersuasive.

Good luck to you, Bernard. And keep learning!