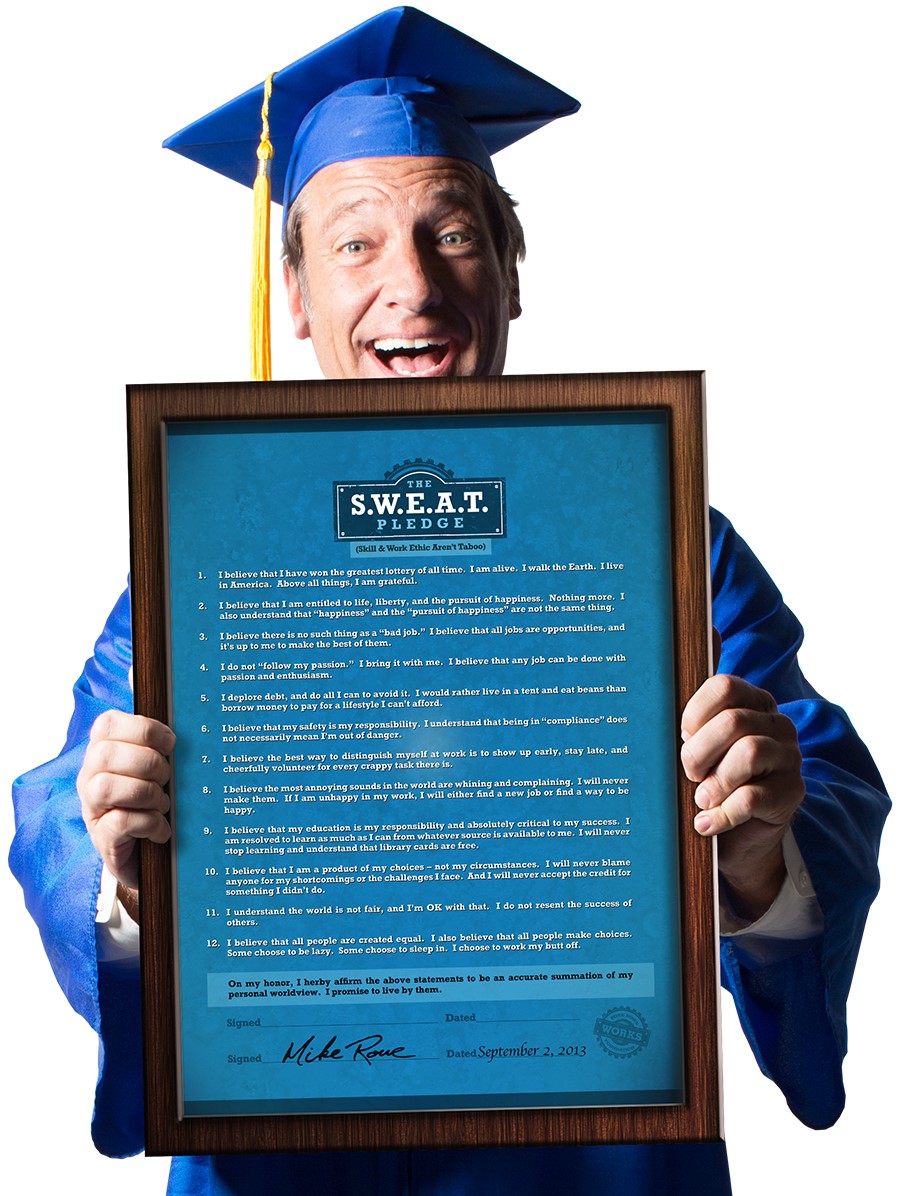 Dear Mike. The problem is with this generation. They want an iPhone and a job where someone just gives them a paycheck. They’re unwilling to look for anything better. I have a kid who is happy to take the governments money and not have to do a damn thing except play on his Xbox. Our generation learned that a day’s pay was earned not given. If you wanted something, you damn well worked for it. At 55 years old, I have 4 tickets, and with the economic slump here in Alberta, I’d be happy to pick up a fifth in something else that pays the bills. Thanks for saying it like it is, and never stop. Just an old Plumber/Gasfitter/Pipefitter and Steamfitter, and whatever else the future may hold!

It does feel like a number of things have impacted the attitude of many young people entering the workforce today. In general, their expectations often seem unrealistic, and their definition of a “good job” feels increasingly narrow. But I also think you’re painting with a pretty broad brush. I employ a number of millennials, none of whom resemble your son. Jade Estrada, for instance, the woman who runs the day-to-day business of mikeroweWORKS, sleeps four hours a night and works seven days a week. Like many many others of her generation, Jade would not take kindly to being judged by the choices of people who share nothing in common with her but age. And really why should she? Do you think everyone in your generation works as hard as you do? Do you think all 55-year-old tradesmen have the ambition and the will to master five separate skills, and apply those skills every day?

From what I’ve seen, your generation isn’t defined by work ethic, any more than your son’s generation is defined by laziness. In fact, I get letters every single day from parents your age who are livid – absolutely livid – that I offer scholarships based on work ethic. They wonder where I get the nerve to insist their kids sign a S.W.E.A.T. Pledge before I sen them a check to help pay for their education. Here’s a post I read just a few moments after reading yours.

“Hey Mike – Enough already with your constant harping on work ethic. Lots of people today are struggling, through no fault of their own, to make ends meet. These people aren’t lazy or irresponsible, and you’re an ass to suggest they are.”

Marvin is correct. I would indeed be an ass to suggest that people who struggle today are “lazy.” I would be equally asinine to suggest that hard work alone will lead to a prosperous life. But of course, I’ve never said or implied either of those things; I’ve simply implemented a scholarship program that looks to reward a good work ethic among those who are willing to learn a useful skill that doesn’t require a four-year degree. It is interesting though, the way that people react to language that was once universally embraced. Simple phrases like “work ethic,” “positive attitude,” “delayed gratification,” and most of all “personal responsibility” – have become trigger words for millions of parents who see such expressions as attacks upon the character of their children. Why do you suppose that is?

Consider this love-letter, from an angry mother named Marjorie Klein, whose kid applied for a Work Ethic Scholarship and didn’t care for the requirements.

“Mr. Rowe. Your stupid S.W.E.A.T Pledge is out-of-touch, tone deaf, and completely inappropriate for workers in the 21st century. Where do you get off lecturing people on how “grateful” they should feel for being alive and living in America? How dare you criticize people who are in debt? Worst of all, why would you let employers off the hook, by arguing that worker safety isn’t their responsibility?”

Marjorie isn’t alone. Every year around this time, as we ramp up for another round of work ethic scholarships, I hear from angry parents like Majorie who want to know why their kids should have to “prove” themselves by signing a document they don’t agree with. Obviously, these parents misinterpret the point of the S.W.E.A.T. Pledge, and after ten years of dealing with such people, I’m still delighted to tell them that, “this particular pile of free money is probably not for you.” It’s one of the small joys that come from running a modest foundation that doesn’t aspire to help as many people as possible, but rather, to assist those who demonstrate the qualities I wish to encourage. But the larger point, James, is this – it’s very easy to criticize laziness in the latest generation. And it’s even easier to mock the “safe space” mentality at universities today, along with the entire “snowflake” culture that many of us believe is threatening the fabric of modern society. Just remember, these snowflakes didn’t fall from thin air. They fell from the clouds. And we are the clouds from which the snowflakes have fallen – including the one on your couch, playing his X-Box and cashing government checks.

I point this out not to criticize you or your son, or anyone else. Raising a self-sufficient kid is more challenging than ever before, and I’m not inclined to second-guess anyone for failing at a job I never even attempted. Likewise, I’m very aware of just how unpersuasive a wealthy, middle-aged white guy sounds when he goes full-Boomer, yelling from his metaphorical front porch about the virtues of work ethic, positive attitude, delayed gratification, and personal responsibility. But there’s not much I can do about my age, my race, my gender, my tax-bracket, or whatever other trait people seem desperate to apologize for these days. All I can do is put my money where my mouth is and offer another round of work ethic scholarships to those who are willing to learn a skill that’s in demand. Our next program will begin early in March, and if all goes as planned, I’ll have another million dollars to distribute among qualified applicants. Please make a note and share this with anyone you think might qualify.

In the meantime, Happy President’s Day. Here’s to remembering the brave men whose names are being removed from schools just a few miles from where I’m sitting, and to the work they did to unite the states of this great country. A special shout out to Abe Lincoln, who just yesterday, looked down upon his former home in time to see the despicable Lincoln Project unravel, along with the reputation of John Weaver, the unctuous leader and sexual predator who stole our 16th president’s name and likeness, to further his own nefarious ends. http://bit.ly/37fUIKa

Mike
No pressure. Times are tough. But if you’re inclined to make a donation to our Work Ethic Scholarship Program, this would be a fortuitous time to do so. Or, if you’d prefer to receive something in return, our Safety Third mask initiative has already raised over $250,000.00, and more than a few eyebrows. Get yours here, or donate, at Mikeroweworks.org.