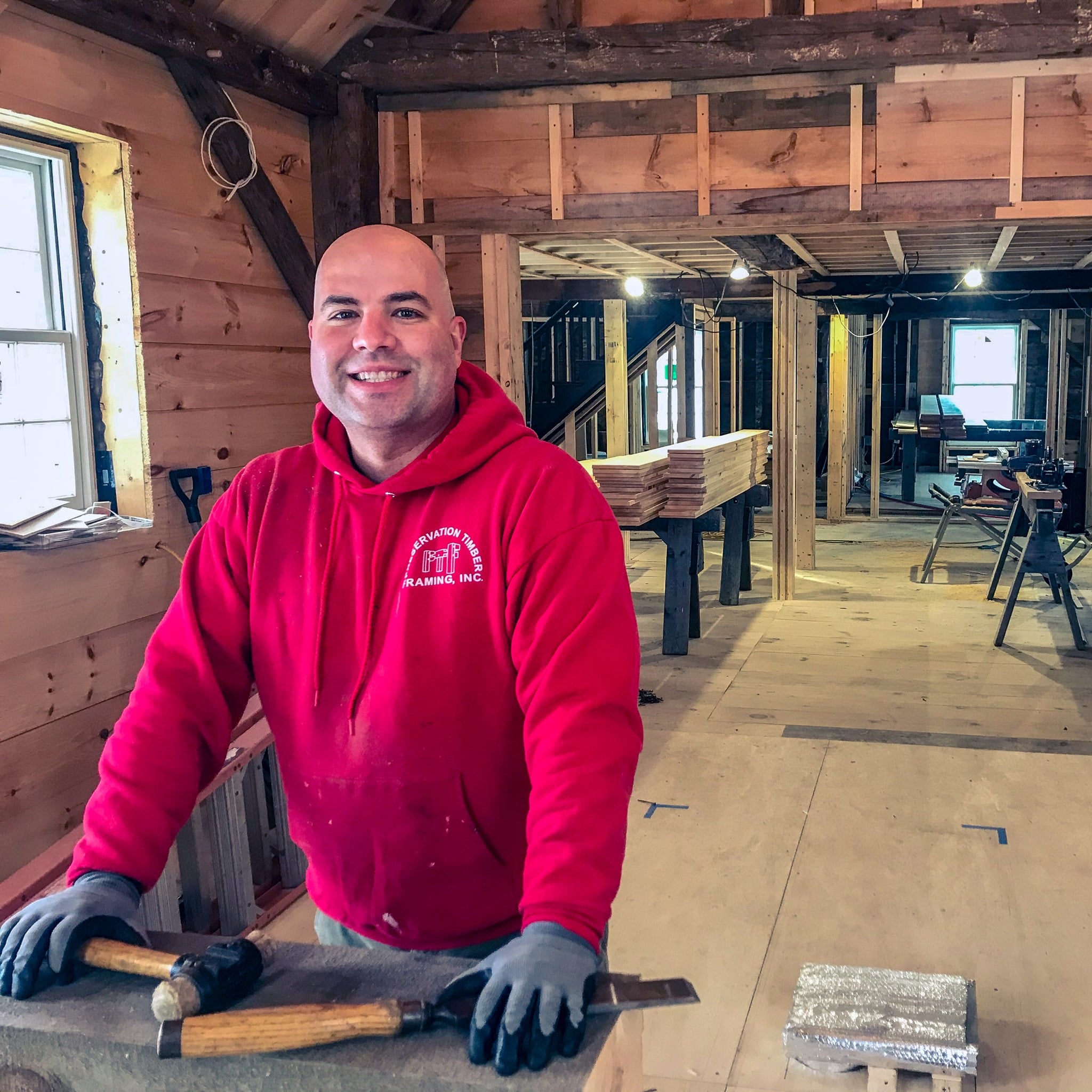 Every day, hundreds of people ask me if it’s too late to learn a skill, or master a trade, or change the road they’re on. My answer is always the same. No – it’s never too late. Shortly after paying off his student loan, and comfortably ensconced in a career he didn’t really love, Tom Wilhelm applied for and received a work-ethic scholarship. Was it the best $8,000 mikeroweWORKS ever invested? Hard to say. But it’s certainly up there…

In 2018 Tom Wilhelm’s future looked pretty bright. He had a lucrative full-time job heading the information technology department at a New England high school, and he’d just written the final 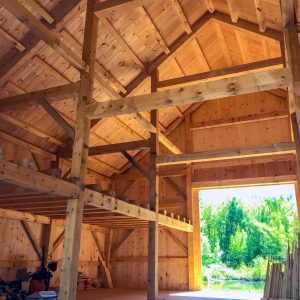 check to pay for the bachelor’s degree he’d gotten back in 2006. Debt free and gainfully employed at age 36 was reason to celebrate! Instead, Tom felt “unfulfilled and rudderless,” and he knew exactly why; he couldn’t stop thinking about this quote…

We are called to be architects of the future, not its victims. – R. Buckminster Fuller

Tom couldn’t shake it. He reflected on going to college because he was expected to go to college. He worked in I.T. for the same reason. These weren’t deliberate choices as much as just riding the horse in the direction it was running. As he wrote that check setting himself financially free all he could think about was the one thing that he had wanted to do his whole life – timber-framing. For the uninitiated, timber-framing is post and beam construction 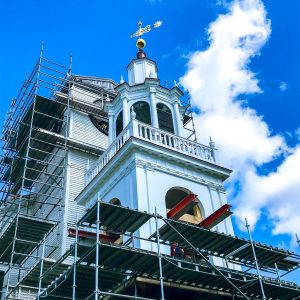 that uses no metal. Instead of screws or nails, everything is fastened together with wooden pegs.

The obsession started back in 2000. While watching a PBS documentary on Yosemite, Tom saw an old timber-framed structure. It was the most beautiful building he’d ever seen. Tom loved his high school woodworking class and thought, “Wow! I’d love to know how to do that someday.”

2018 finally became Tom’s “someday.” He decided that from then on, he would be the architect of his future and not the victim. Tom quit the I.T. job and applied to the North Bennet Street School in Boston where he got “an education in craftsmanship” as their slogan says. During his first summer break he got hired as an intern at a company called Preservation Timber Framing. When Tom graduated with a certificate in preservation carpentry in 2019, his internship became a full-time job. It still is. 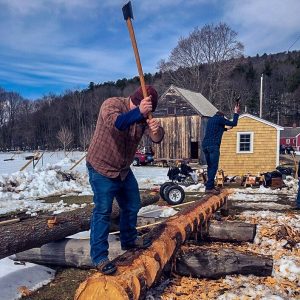 Currently, he and the team at PTF are in the middle of renovating a pre-revolutionary war farmhouse. Tom loves taking something that is dilapidated and rundown and turning it into something beautiful and desirable.

Tom’s advice for the those considering their future is, “Do your best to live up to your own expectations and not others.”