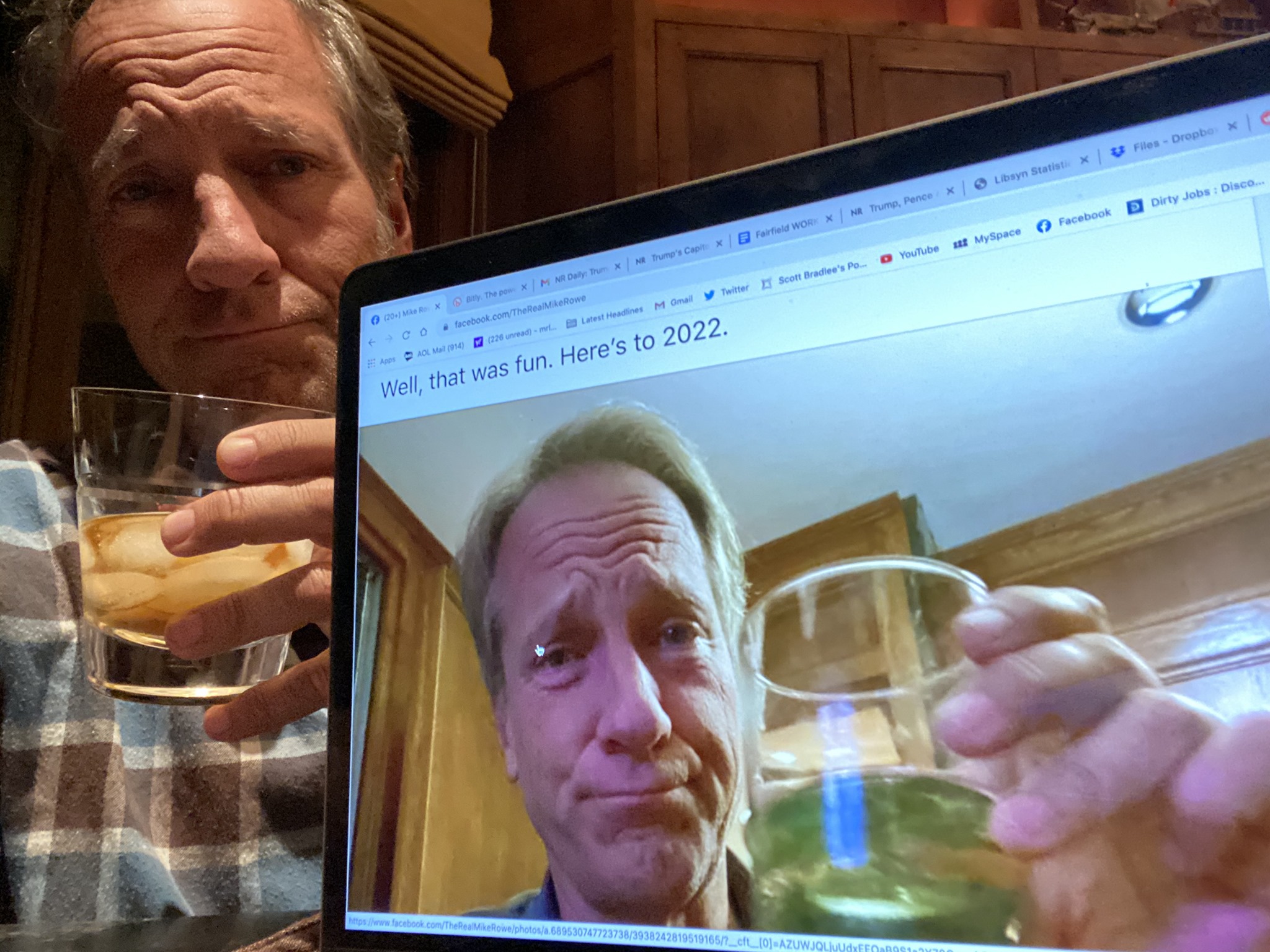 First of all, Happy New Year, and congratulations on not becoming me. Doing so would have forced you into a body you can’t bear to look at, and that, my friend, is no way to go through life! Secondly, no – my last post was not a “Message to America.” It was just a bit of world-weary sarcasm I shared with six million friends who follow this page – friends who, like me, were no doubt hoping the new year would usher in a kinder, gentler age. Obviously, our optimism was premature, so I shared an ironic acknowledgment of the undeniable fact that 2020 was still with us. Since then, I’ve been struggling to get my head around what’s happening in our country, but since you asked, these are my current thoughts, six days in.

In short, I was nauseated by what I saw on Wednesday. Nauseated, in the same way I was last summer, when I watched another group of anarchists try to burn down a federal courthouse with government workers still inside. Not since then, have I felt such a sadness for my country. My sympathies to the family of Brian Sicknick, the officer who died in the attack, along with the other cops who were injured in the riot. Condolences too, to the family of the woman who was shot, and the families of all the others who died on that day. So much senseless and completely avoidable death.

To state the obvious, Louis, I think President Trump was wrong to wait so long to react to the chaos. I can’t excuse what he said or justify the time it took him to condemn the individuals who entered the Capitol illegally. The whole thing was irresponsible. No less obvious, is the critical distinction that must be made between those who marched to the Capitol, and those who broke into it. The overwhelming majority of Americans who rallied in DC didn’t break the law. Neither did the overwhelming majority of Americans who marched in the wake of George Floyd’s death. There’s a bright line between a protest and a riot, and I strongly disagree with those who have attempted to blur that line, then and now. As for the future, I think it’s wishful thinking to assume that our country will come together when Donald Trump is no longer president. The morning after he leaves office, whenever that may be, millions of Americans will wake up believing our country is systemically racist. Millions of others will wake up believing we can no longer hold a free and fair election. This is the essential problem, Louis, because a house divided, as you may recall, cannot stand.

The way forward is difficult, and hugely complicated by a crisis of credibility. Lots of worried Americans, including many who don’t support Trump, have lost their faith in the institutions we rely on to tell us the truth – most notably, the mainstream media. This has been the case for some time, but now it feels different. Now, the patina of fake news has covered everything with a sheen of doubt and suspicion. Politics, science, law, medicine, academia…experts from every discipline are subject to new levels of skepticism, in part, because those experts hold forth on platforms that are no longer credible to half the country.

How many friends do you have who dismiss anything they hear on FOX, simply because it’s on FOX? Likewise, CNN? I have many. That’s why we can’t blame millions of Americans for dismissing the academic studies that contradict their belief that racism in law enforcement is systemic; they simply don’t trust the studies. Nor can we blame millions of other Americans for dismissing the findings of multiple courts who say the election wasn’t fraudulent; they simply don’t trust the courts. This level of mistrust is the real enemy, and I’m afraid it’s about to get a lot worse.

According to the exit polls I read, a lot of Americans who voted for Biden weren’t voting for the Democratic agenda; they were simply voting against Trump. Likewise, a lot of Trump voters had grave concerns about the President, but voted for him anyway, because they had graver concerns about the policies that Pelosi and Schumer have been promising to enact. I’m not saying Trump doesn’t have a lot of ardent supporters. Clearly, he does. I’m just saying that a divided republic is a lot safer with a divided government. The deeper the divide, the more important the balance of power. Well, we now have the deepest divide since 1860, and one party is about to hold all the cards. In other words, the Democrats have a lot of power, but nothing close to a mandate from a significant majority. That’s worrisome, because Biden will be under incredible pressure from his own base to enact a lot of very controversial policies, because “elections have consequences.” But that old chestnut won’t go over well with millions of Americans, especially those who believe the election was fundamentally unjust. And as we saw over the summer, when people believe something is fundamentally unjust, the wheels come off the bus pretty quick.

Complicating matters even further, is a new level of censorship in our country unlike anything I’ve ever witnessed. As we all know, the President has been banned from Facebook and Twitter. Kind of amazing, but if that’s all there was to it, I imagine that many Americans would shrug and say, “Oh well, he had it coming.” But banning Trump seems to have opened the floodgates. Simon & Schuster just cancelled a book deal with Josh Hawley, a conservative senator. The reasons appear to be purely political. The editor of Forbes has just “warned” companies not to hire Trump supporters. Other big corporations have followed suit. And now, two conservative social platforms, Parler and Rumble, have been dropped by Apple and Amazon.

This is extraordinary. Parler had 20 million members yesterday. Today, those people learned they can no longer talk to each other on their platform of choice. Whatever else these actions might accomplish, they’re absolutely going to reinforce the perception among millions of Americans that Big Tech and the mainstream media are now in lockstep with the new administration – not only to silence Trump, but to silence them. And that, as my grandmother used to say, will go over like a fart in church.

I don’t have the answers, Louis, nor do I have a crystal ball. But I can promise you that banishing people from platforms, or banishing platforms from people, or deliberately cutting off the way millions of people communicate is not the way forward. What we need in a divided country, is more communication, not less. And if we can’t talk to each other, how can we ever hope to come together? Consider your own post, and your own trenchant questions. I could have easily deleted them. They were kinda nasty, after all, and on this page, I have the option to delete comments I don’t like. I never do that though, (porn notwithstanding,) because silencing people who don’t like me isn’t productive. Nor is it effective. Nor is it interesting.

That’s why I responded to you, Louis, and that’s why I’m worried – sincerely and genuinely worried – that trying to silence millions of Americans at such a tumultuous time is going to have some consequences that are both serious, and unintended. That’s why I’m choosing my words carefully, doubling down on the bourbon, while once again wishing you and yours, a very happy, 2022.