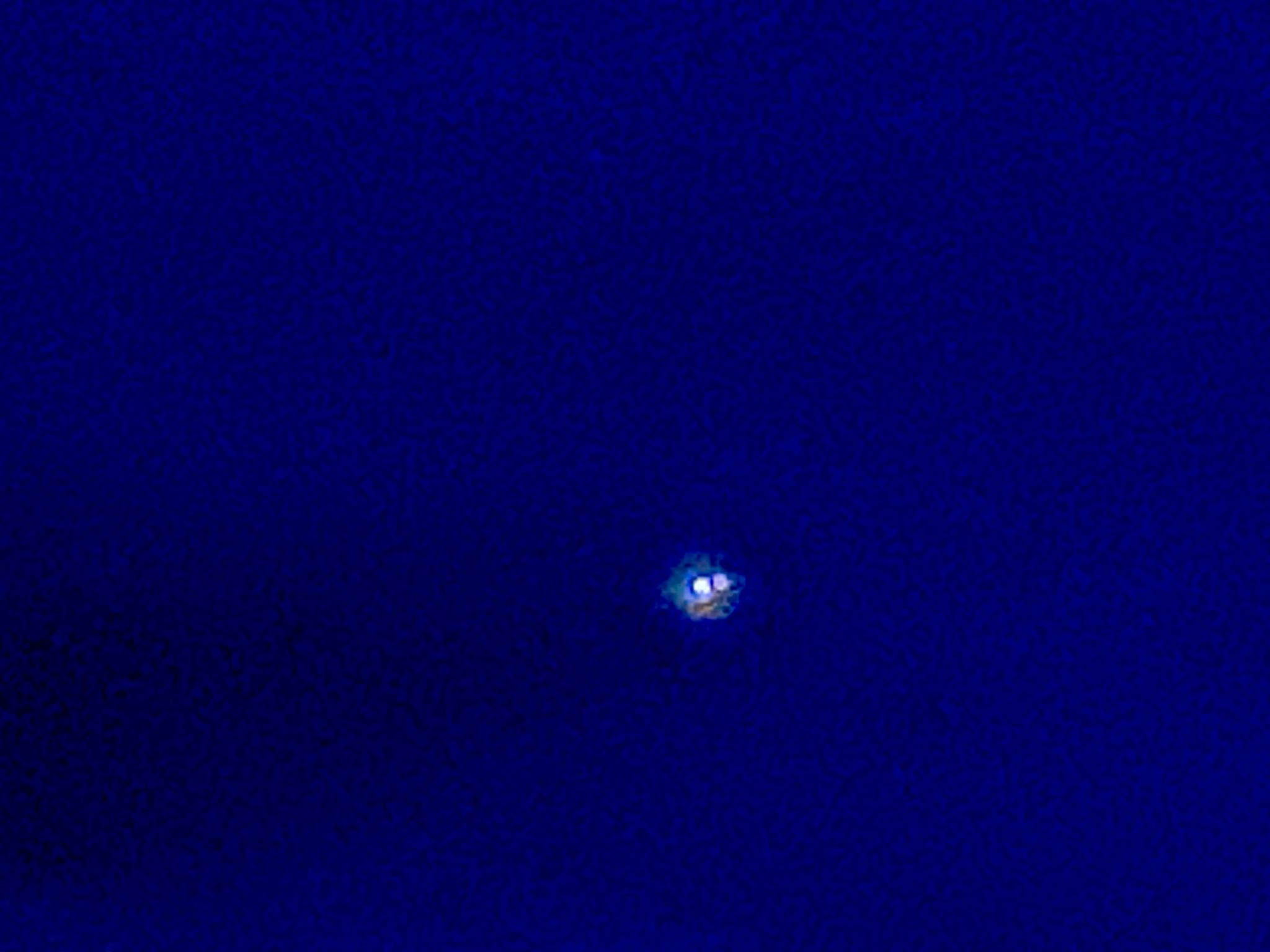 I hate to brag, but this just might be the worst picture I’ve ever taken.

In my defense, the main objects are pretty far away. Jupiter, the bright dot, is over 550 million miles from Earth. Saturn, the little dot next to it, is a lot further away than that. In fact, these two dots are over 450 million miles apart from each other, even though they appear to be side by side, which just goes to show that sometimes, the shortest distance between two points is a pretty long walk.

This phenomenon is called a conjunction. I know this, because I’ve narrated a show called How the Universe Works for the last ten years – a fascinating program on The Science Channel that’s packed my brain with little tidbits of impressive information that makes me sound smarter than I am. Ironically, or perhaps just coincidentally, moments after I took this completely forgettable photo, I got a call from The Science Channel, telling me that I was invited to narrate Season 9 of How the Universe Works – an offer I simply couldn’t refuse. Furthermore, I was informed that millions of people who like to fall asleep to the sound of my voice can now do so on Discovery+, where all 9 seasons of How the Universe will begin streaming on January 4th. More info at discoveryplus.com. Along with better photos…