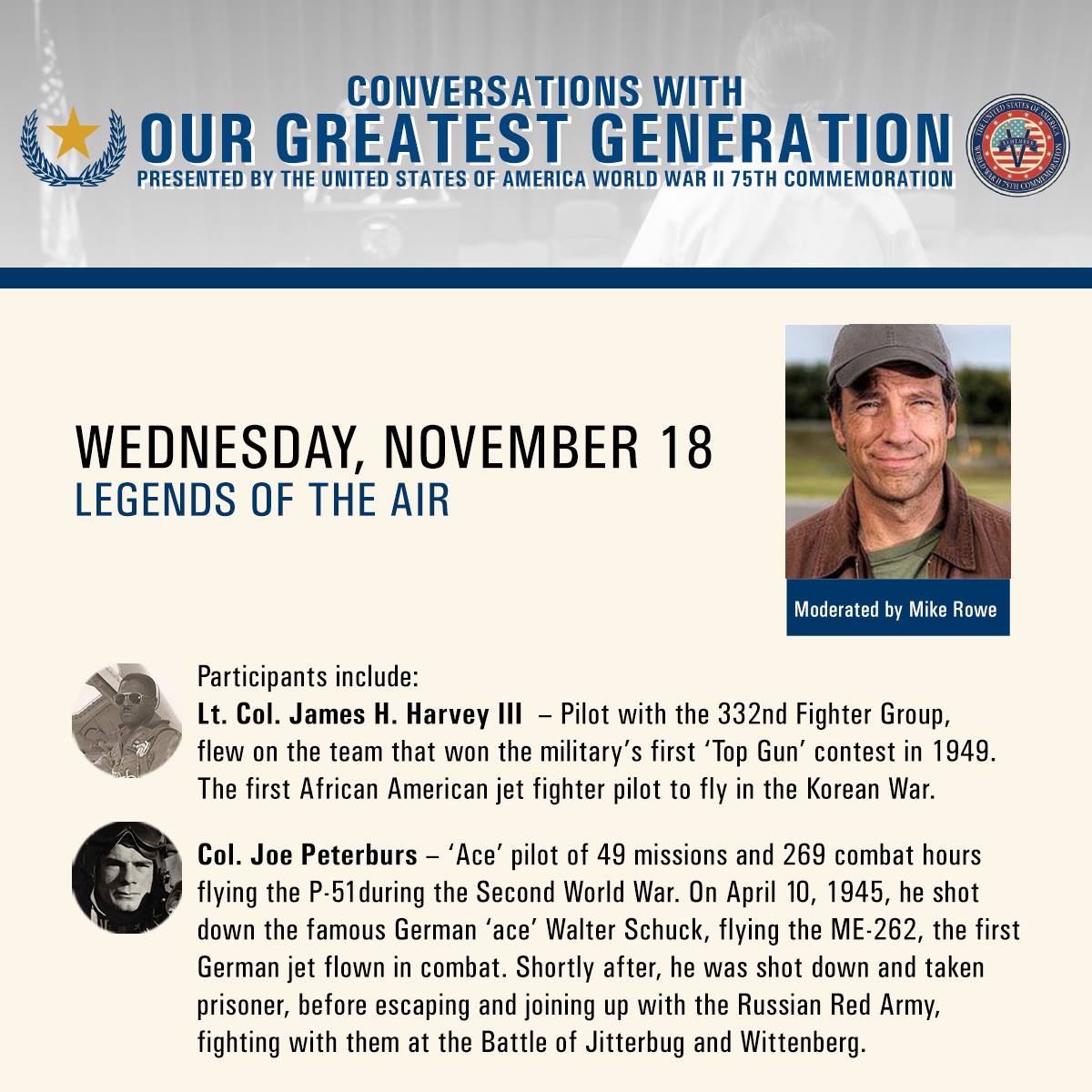 Sixteen million Americans fought in the second world war. Three-hundred and twenty-five thousand are still alive. In a few years, they’ll all be gone. The Greatest Generation will be but a memory.

Couple weeks ago, I had the honor of chatting via Zoom, with two absolutely, positively, undeniably remarkable men who distinguished themselves in combat, over and over and over again. Both men are well into their nineties. Both are sharp as a tack. And both are Legends of the Air.

I’m not saying they hear as well as they once did, and I’m not saying that we wouldn’t have all preferred to do this in person, over a cold beer. But, in these uncertain times, we play the cards we get, and my completely unscripted, technologically challenged conversation with these men is something I’ll never forget. Check it out. Spend and hour with two genuine heroes. You’ll be glad you did.