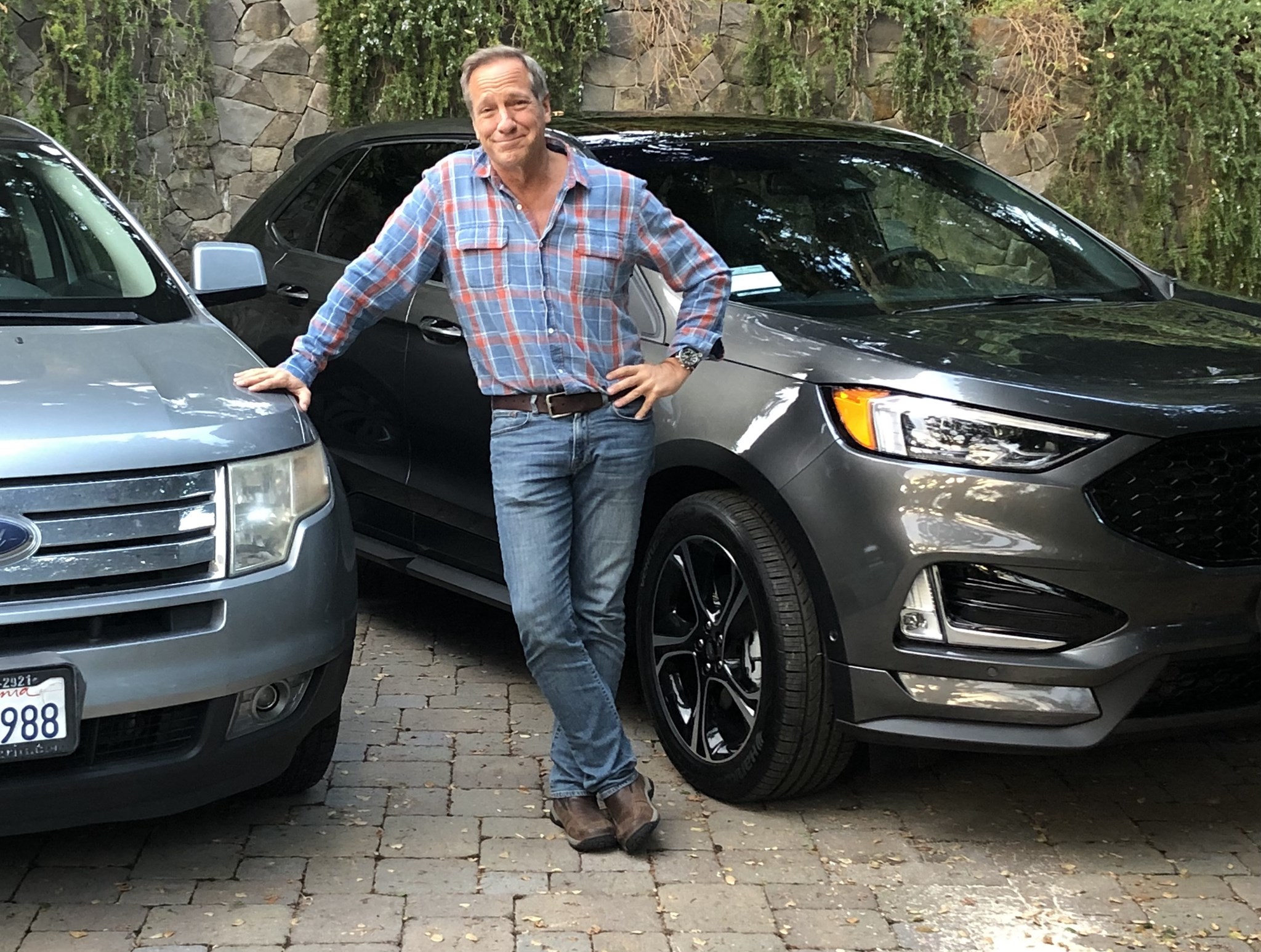 This is not a commercial for the all new, surprisingly stylish Ford Edge. Yes, that is me in the attached photo, standing between my old Ford Edge and my new Ford Edge, looking a lot like I did during the six-year period when I was the official spokesman for the Ford Motor Company.

.But those days are over, and today, I am under no obligation to say anything complimentary about Ford’s extraordinary vehicles, including the all new, surprisingly stylish Ford Edge, which was just delivered to my house. Nevertheless, I must say that I’m very impressed with my new ride, as well as the amazing team over at Ford Lincoln Fairfield, whose commitment to customer service is simply unexampled. Not only did they give me a very attractive lease on my new Edge, they gave me a very fair deal on my trade in. Then they drove my old Edge back to their dealership and promptly sold it for $3,000, at which point the manager sent me a check for that exact amount, made out to the mikeroweWORKS Foundation.

How cool is that?

I just received the check today, (the one in front of the Emmy award,) and called Mike Westbrook, the manager over at the dealership, to ask his permission to publicly thank hi 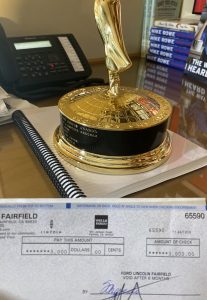 m and his team for their unexpected generosity. You know what he said?

He said, “Mike, there’s no need for that. Fact is, we really appreciate all you’ve done for Ford over the years, and we love the fact that your foundation is helping train the next generation of skilled auto technicians. We know you’re raising money for a new round of work ethic scholarships, and we just wanted to help out.”

Perhaps now, you can see why I’d like to publicly acknowledge the fine folks over at Ford Lincoln Fairfield, without turning this into a shameless plug for my surprisingly stylish Ford Edge, (or for that matter, the all new Ford Bronco, which is totally bad-ass.) Like I said, this isn’t a commercial. It’s just me saying thanks to Adam Simms and Mike Westbrook, two guys who support the mikeroweWORKS Foundation, and just happen to have at their disposal an impressive line of well-appointed, consistently reliable, fuel-efficient Ford vehicles currently available at very attractive prices. #justsaying.