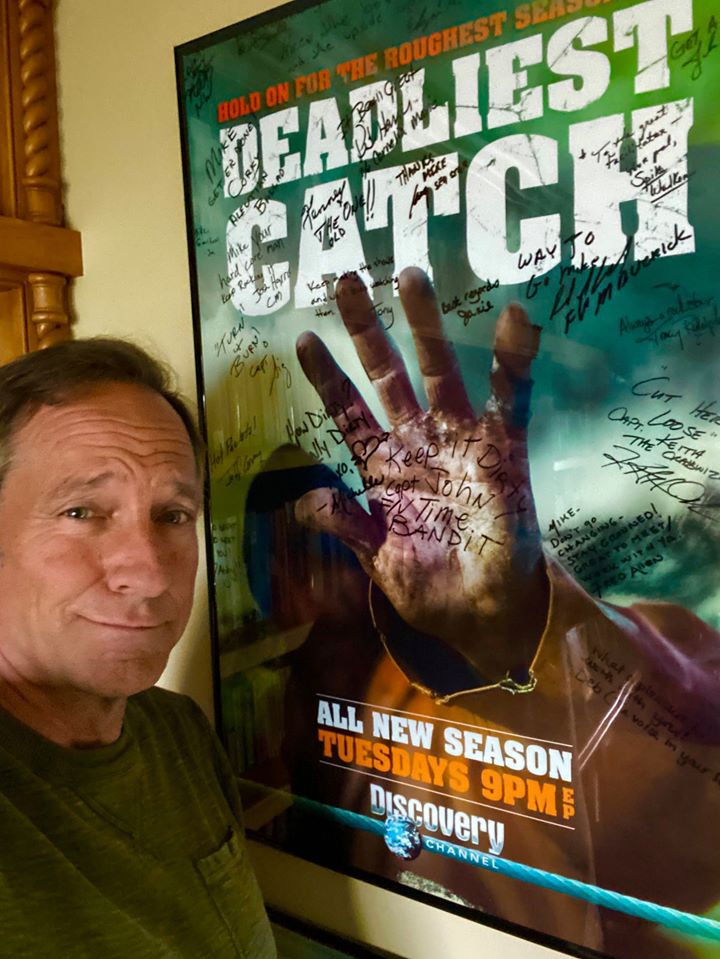 Couple days ago, I posted this photo on Facebook, along with a hypothetical question asking friends of this page if they’d watch a reboot of “After the Catch,” the talk show I used to host in a bar with a bunch of crab boat Captains.

The response was overwhelming. And so, just two days later, I sat down in my office, and with a little help from some producers also hunkered down in their various bunkers across America, I hosted something that looks a lot like a TV show.

See it for yourself, this Tuesday at 8 pm on the Discovery Channel. I like to call it, “After the Catch – Quarantined!” Although technically, I think they’re calling it “Before the Catch,” since it precedes a two-hour Deadliest Catch special that same night. Whatever they decide to call it, it was a really unique way for me to connect with everyone’s favorite Captains, and get a sense of how they’re weathering the latest storm. I refer of course, to the coronavirus – a storm that for the first time, has us all in the same boat.

It isn’t pretty, but it’s very real, and if you’re a fan of Deadliest Catch, you’re gonna love what these guys have to say.

Monsters & Critics: Mike Rowe to host Before The Catch to preview the Deadliest Catch